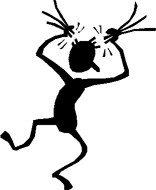 Here to relieve some of that endless worrying is a series called Query Questions. I'll ask the questions which prey on every writer's mind, and hopefully take some of the pain out of querying. These are questions that I've seen tossed around on twitter and other writing sites. They are the type of questions that you need answers from the real expert--agents!

Welcome to Lynnette Novak of the Seymour Agency. I got to know Lynnette first as a Pitchwars mentor, and now as an agent she helps support contests for writers. Make sure to follow her on twitter where she shares some very insightful tips about writing and querying. @Lynnette_Novak

Is there a better or worse time of year to query?
No. I’m pretty much open all year, but during holidays, my reply time might increase slightly.

Do you look at sample pages without fail or only if the query is strong?
Having a strong query definitely helps, but as long as I’m interested in the premise, I’ll take a look at the pages.

How open are you to writers who have never been published?
I’m equally open to unpublished and published authors. It’s the writing that has to hook me, not the bio.

The dreaded rhetorical question in a query. Are they as taboo as the rumors say?
Using rhetorical questions in a query isn’t necessarily taboo, but I’d say it’s risky. I won’t stop reading if I come across a rhetorical question, but there are definitely better ways to present a query. This is a very competitive industry. Write the strongest query possible to give your writing the best chance at hooking an agent or editor.

How important are comp titles? Is it something you want to see in a query? Are movie/tv reference okay as comp titles? Comp titles can be tricky. If you can’t find good comps, don’t fake it. I’d rather you didn’t use a comp at all than to use something that isn’t relevant. If you do use comps, make sure they’re well known and fairly recent (unless it’s something timeless like Stephen King’s IT or HARRY POTTER.) I’m totally fine with movie and TV comps, but I’m also okay with not using comps at all.

Do you prefer a little personalized chit-chat in a query letter or would you rather hear about the manuscript? I don’t mind chitchat, especially if we’ve met or you’ve done some research about me and want to let me know we share similar interests (like animals). There’s no need to say you queried me because I represent your genre. That’s kind of a given. I hope! But, if you would rather add something like that to “break the ice,” that’s fine too. I’m not too picky about this kind of thing, UNLESS the personalized message is clearly something that was supposed to be for another agent. For example, I had an author tell me that we met at such-an-such a conference. Interesting, because I’d never been to that conference. Sometimes, writers will quote something I wrote on Twitter or on the #MSWL. That’s okay, as long as it’s actually what I wrote. I’ve had authors quote other agents and say it was my quote. Ah, no. I would remember that. LOL I don’t think these authors are trying to pull one over on me. I think they just weren’t careful enough when copying and pasting their query to ensure they changed the personalized bits from the previous query. Is that a game-changer? No, but it doesn’t impress me either. So, if I’m on the fence about a project, the fact that the author didn’t pay attention to details might push me to reject.

How many queries do you receive in a week? How many requests might you make out of those?
My queries are all over the place. I might get 10-20 a day and then I’ll post something on Twitter, on the #MSWL, or I’ll participate in a Twitter pitch party, and all of a sudden, I’ll get 50 or more in one day. I haven’t kept track of how many requests I make from my slush pile, but I can say that during #SavvyWriterCon, I received 336 pitches and I requested 35, so about 10%.

How do you feel about writers nudging on full/partial requests? At what point is it appropriate?
Our agency guidelines are that if a writer doesn’t hear back on a query after three weeks, it’s a pass on that project. The author can then query someone else in the agency or query the same agent with another project. Please don’t nudge on queries. I periodically post updates on Twitter to let everyone know where I am with my slush and reading piles, so keep an eye on my feed. With partials and fulls, if you don’t hear back from me within nine weeks (unless otherwise stated when I received your project), it’s okay to send a gentle nudge. However, a nudge won’t make me read any faster and won’t move your story to the top of my pile, UNLESS you have an offer of representation or an offer of publication. At that point, I want to know ASAP so I can have enough time to read and consider the project before your deadline.

When a writer nudges with an offer, what length of time is helpful to give you enough time to consider? A week? Two weeks? It depends on the time of year. If it’s around a holiday, two weeks is nice. One week is the minimum, though. If an agent makes you give a shorter deadline, he/she isn’t doing you a favor. Many agents won’t be able to drop everything and read in a few days, so they’ll simply pass. Most of the time, a week is fair, though.

Many agents say they don't care if writers are active online. Could a twitter account or blog presence by a writer tip the scales in getting a request or offer? And do you require writers you sign to start one? You don’t need to be active online to get me to offer, but I will hesitate to offer if you aren’t open to starting a social media presence ASAP. Publishers look at an author’s social media presence, so an author who isn’t online is putting him/herself at a disadvantage.

If a writer makes changes to their manuscript due to feedback should they resend the query or only if material was requested? Does it make a difference if the changes are from an R&R with another agent? Good question. If you sent me your query and first five pages and didn’t hear back from me, it means I rejected that project. If you then revise the query and the first five pages, to the point that I will barely recognize it as the same project, I’ll take another look. But, it really has to be a dramatic change or it’ll be another rejection. If I rejected your partial or full, and you SUBSTANTIALLY reworked the MS, query me again, and I’ll decide if I want to take another look. Let me know that you’ve done MAJOR revisions. I’m not talking about copyediting. I’d look for changes in the plot, pacing, and characterization. If I only read the partial, and your changes come after that, my answer would be the same, so I wouldn’t recommend querying me again with that project. I need to see that huge changes were made. If that’s not the case, try me with a different project instead.

What themes are you sick of seeing? Nothing, really. It’s all about execution, voice, and how you make the theme feel unique.

Do you look at trends or editor wishlists when deciding to sign a manuscript? I’m aware of the market and editor wish lists, and that will help me when I take the project out on sub, but I don’t use that when deciding which project I want to represent. I follow my heart for that. J

Do you consider yourself a hands-on, editorial type of agent? Does a manuscript have to be sub-ready or will you sign stories that need work? I’m very editorial. With my background, how can I not be editorial, right? Of course, I’d prefer a clean, polished manuscript that’s ready to go, but I won’t shy away from something that needs work. However, I wouldn’t recommend sending me a first draft or something that hasn’t been critiqued by other writers, not just family and friends. An agent, even an editorial agent, should never replace a critique group. Our number one job is to sell your book, not edit it. That’s a bonus. J

What is your biggest query pet peeve? Is there anything that automatically sinks a query for you? Queries that talk more about the author aren’t helpful. Queries without sample pages make it difficult for me to know what your writing is like. Queries that don’t tell me enough about the story, queries that reveal too much, and queries that have too many world or character details probably won’t hook me. It’s also a turn off if you come across as pessimistic, disrespectful, entitled, bossy, or knowing it all.

What three things are at the top of your submission wish list? Three? Why only three??? *cries* I recently opened to MG projects, so I’d love pretty much anything in MG. I love diversity (authors and characters) and #ownvoices. I’m also looking for quite a bit in YA and adult fiction. See my pinned Twitter post for deets.

What are some of your favorite movies or books to give us an idea of your tastes?
This is TOUGH… In no particular order… (And I know I’m forgetting a BUNCH…)

Thanks for having me, Michelle. I had a blast!!! 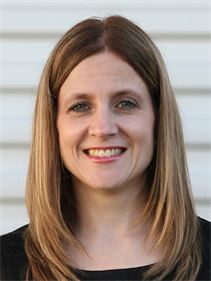 Prior to joining The Seymour Agency, Lynnette spent seventeen years freelance editing. She worked with new writers, advanced writers, as well as New York Times and USA Today bestselling authors. Lynnette earned a bachelor of education degree from the University of Manitoba, where she specialized in English and French. She excelled in Advanced Creative Writing in university and studied writing for children and teens through the Institute of Children’s Literature. She was a Pitch Wars mentor in 2015 and 2016. Both her mentees acquired an agent.
Although Lynnette was born and raised in Manitoba, Canada, she now lives in Minnesota with her husband, twin girls, and many pets. Her personal interests include reading, writing, exercising at the gym (okay, that’s a love/hate relationship), working on an assortment of crafts, all things having to do with animals (if she could own a farm, zoo, and animal shelter, she would), and enjoying time with family and friends.