Writers have copious amounts of imagination. It's what makes their stories so fantastic. But there's a darker side to so much out-of-the-box thinking. When a writer is in the query trenches, their worries go into overdrive. They imagine every possible disaster.
Here to relieve some of that endless worrying is a series called Query Questions. I'll ask the questions which prey on every writer's mind, and hopefully take some of the pain out of querying. These are questions that I've seen tossed around on twitter and writing sites. They are the type of questions that you need answers from the real expert--agents!
I'm so happy to bring Query Questions back from the dead with new interviews. Since I stopped doing interviews, a whole new crop of agents have settled into the business, and I'm sure people would like to know more about them.

Thanks to Megan Barnard with The Jennifer De Chiara Literary Agency for starting us off! 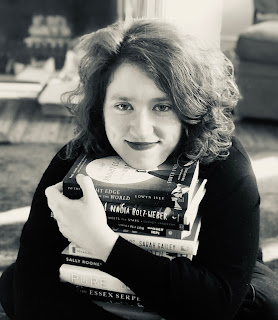 Not for me! I tend to look at queries in batches--and that’s usually just when I have time. I might be slower to respond during the holidays, but I always respond to every query and submission I receive.

I would say 80% of the time I look at sample pages--I know how hard it is to write a query! The only time I wouldn’t look at the pages is if the book is in a genre I don’t represent, or it totally disregards my guidelines.

The dreaded rhetorical question in a query. Are they as taboo as the rumors say?

How important are comp titles? Is it something you want to see in a query? Are movie/tv reference okay as comp titles?

Comp titles are really helpful for me because it helps me picture where your book would sit on a bookshelf. Movie/TV references are fine as comp titles, though you do generally want at least one book (published within the last 3-5 years) as one of your comps.

I don’t really care either way! If you comp to a book I recently tweeted about that can be nice especially since I usually say if I’m looking for something similar, but I don’t reject queries if they’re not personalized.

How do you feel about writers nudging on full/partial requests? At what point is it appropriate?

I answer all queries and submissions. I try to respond to all queries within 6 weeks, and full/partials within three months. After that, it’s totally fine to nudge and never bothers me. I’d say give most agents at least three months with requested submissions (but check their guidelines first!) but tell all queried agents about offers of representation as soon as you get one.

I’d say at least 10 days, but two weeks is great as it gives agents a bit more time to read.

I’m always happy to get read a new query if the manuscript has been significantly revised.

Do you look at trends or editor wishlists when deciding to sign a manuscript?

If I love something, I’ll sign it. Trends and wishlists change so quickly in publishing that only trying to rep books that fit certain molds would be a nightmare! I do look at wishlists when thinking about what editors to submit to, but that’s after I’ve offered representation.

Do you consider yourself a hands-on, editorial type of agent? Does a manuscript have to be sub-ready or will you sign stories that need work?

I’m an editorial agent. I have a background in editing, so if I love something but think it needs work, that wouldn’t necessarily turn me off. It just depends whether I have a specific vision for what a revision would look like.

What is your biggest query pet peeve? Is there anything that automatically sinks a query for you?

I automatically reject queries for books in genres and categories I don’t represent. I’ll also reject them if I don’t get an actual query, like just a synopsis or pages where the query should be. Otherwise, I don’t reject things for minor typos or small things like that.

·         Nonfiction that combines memoir and nature writing like The Outrun or The Salt Path.

·         Lyrical literary fiction like The Island Child or The Good People.

Books: The Lake House by Kate Morton, Circe by Madeline Miller, The Island Child by Molly Aitken, Inferno by Catherine Cho, I’m Telling the Truth But I’m Lying by Bassey Ikpi, A God in Ruins by Kate Atkinson.

Megan joined The Jennifer De Chiara Literary Agency as an Associate Literary Agent in 2020, after interning for nearly three years at several top literary agencies, including P.S. Literary Agency and Folio Literary Management. She has worked as an editor and copywriter and has a BA in English (with a concentration in Creative Writing) from Hollins University. When not working, she runs, drinks coffee, and travels widely. Her favorite places to read across the globe are Île Saint-Louis in Paris, Pacific Grove, CA, and Portmagee, Ireland. In reality, though, she spends most of her free time shuffling her towering stacks of books around so they don’t kill her or her husband.