Here to relieve some of that endless worrying is a series called Query Questions. I'll ask the questions which prey on every writer's mind, and hopefully take some of the pain out of querying. These are questions that I've seen tossed around on twitter and writing sites like Agent Query Connect. They are the type of questions that you need answers from the real expert--agents!

Query Questions is back with a fresh set of questions and more agents. The people have spoken and let me know which questions should stay and which could go. We've got a few brand new situations that writers would like clarified.

Jess Dallow has been taking part in our contests since she was an intern. Now she's at Brower Literary Management with her own clients.

1) I'd love a serial killer book. I want it to read like a true crime book or an episode of Criminal Minds. What's the motivation behind the killings? Who is this person in their every day life? What is the motivation behind the killings? How is this person seen to the outside world? Having them be a real person instead of just a killer and getting into their psyche is incredibly fascinating to me.

2) A squeal worthy romance, but not a romance novel, if that makes sense. Something like The Royal We, where the romance is so much a part of it, but there's another story surrounding it. I want to fall in love with this couple, but see what their lives are like and how they come together in whatever circumstances. I'd actually love to see the romance happen between two people with a decent sized age difference, too. Not mandatory, but it could be interesting to see.

3) A YA that deals with fandom/fanfiction. How people meet on line and are so willing to be open and honest with a stranger, instead of the people in their lives. I love the complexities that exist in the world of a favorite TV show or book or movie. The sense of community and the drama that happens; the relationships that form, either in friendship or romance; and how it can actually change a person and make them grow up. There's so much unexplored territory there to play with.
What are some of your favorite movies or books to give us an idea of your tastes?

Books:
The Hate U Give by Angie Thomas
We Were Liars by E. Lockhart
The Royal We by Heather Cocks and Jessica Morgan
Nineteen Minutes by Jodi Picoult (Most of her books are on my favorite list.)
Luckiest Girl Alive by Jessica Knoll
The Lovers Dictionary by David Levithan

Film:
Scream Trilogy
How to Lose A Guy in 10 Days
The Proposal
Beaches
Legally Blonde (Perfect example of a movie with a romance, but it's not the biggest part of it)
Working Girl

There's a lot more to both of these lists, but this is good for now. 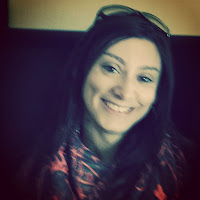 Having grown up with the same name as her favorite Sweet Valley High twin, Jess has always had a love for books, especially those that feature well developed, strong female characters. She is fascinated with complex characters and a world that she can fall in love with, stories that make her want to sob and laugh within minutes of each other, and a book that she can’t put down no matter what time it is or what rerun of SVU is on. She has a BFA in Writing for Film and Television from the University of the Arts and worked in entertainment for eight years before returning to her home state of NY where she worked at a literary agency for two years before joining Brower Literary & Management. Connect on Twitter: @JLDallow

Jess Dallow is interested in both YA and adult commercial fiction with a focus in romance, family stories, thrillers, mystery, and women’s fiction. She loves strong, complex female characters, worlds that she can fall in love with, stories that make her want to sob and laugh within minutes of each other, and a book that she can’t put down no matter what time it is. She is not looking to currently represent picture or chapter books.
Posted by Michelle 4 Laughs at 8:00 AM