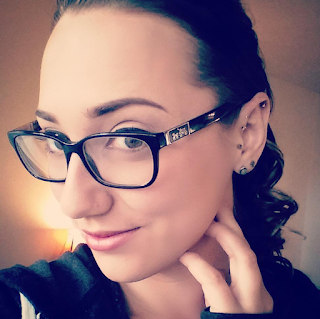 Maxym Martineau is a staff writer and copy editor by day and a fantasy romance writer by night. She has a bachelor's degree in English Literature from Arizona State University and a borderline unhealthy addiction to Dr. Pepper and coffee. When she's not reading or writing, she can be found playing with her dogs or binge-watching TV shows with her husband. She also appreciates a well-made margarita. 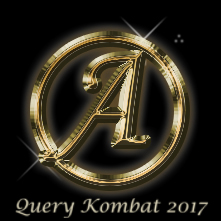 Exiled beast charmer Leena Edenfrell is in deep shit. Empty pockets force her to sell her beloved magical beasts on the black market—an offense punishable by death—and the Charmers Council hires a lethal assassin to exact punishment. With the realm’s most talented murderer-for-hire nipping at her heels, Leena makes him an offer he can’t refuse: a promise to procure a handful of mythical creatures in exchange for her life.

For assassin Noc, murder comes easy and pays well. But only fools pass up the chance to own rare and powerful magical beasts, even if that means lying to one enchanting charmer. Agreeing to Leena’s terms, Noc plans to keep the bounty live on her head until the creatures are his. Two paychecks, one job, no sleep lost.

To hunt for creatures, Noc and Leena embark on a quest across the countryside of Lendria. But traps capture more than beasts, and ensnared hearts are hard to untangle. Banished by the people she loved, Leena has no desire to take her heart out of exile, yet Noc is nothing like the monsters on the Council—or so she thinks. Bound by the magic of the assassin’s oath, Noc can’t renege on the contract for Leena’s head unless he’s willing to sacrifice his own. But neither can tame their growing feelings, and the ever-watchful Council demands blood. With Noc’s hands and heart tied, and Leena dodging enemies at every turn, no manner of beasts or money can protect their hides.

DANGEROUS BEASTS is an adult fantasy romance complete at 86,000 words with series potential.

By the time evening fell, three things were certain: the gelatinous chunks of lamb were absolute shit, my beady-eyed client was hankering for more than the beasts in my pocket, and I was being watched.

Two out of the three were normal for my after-hours dealings.

Sliding my meat to the side, I propped my elbows against the heavy plank table. My client lasted two seconds before his gaze roved to the book-shaped locket dangling in my cleavage. Wedging his thick fingers between his shirt collar and neck, he tugged gently on the fabric.

“You have what I came for?” Nasally and high-pitched, his voice grated along my skin. A businessman. A rare visitor in Midnight Jester, my preferred black market bar. My pocket hummed with the possibility of money, and I fingered the copper key hidden in my pants.

“Maybe.” I nudged the metal dinner plate farther away, and the gray meat jiggled. “How did you find me?” Dez, the bartender, sourced most of my clients, but a businessman? Neckties and Midnight Jester didn’t mingle. Shady with a side of grime, the regulars were as dirty as the floors. I shifted in the booth crammed against the shiplap wall, and the cracking black cushions creaked.

The unseen pair of eyes lingering in a dark recess of the bar burrowed further into the back of my head. Faint movement from the shadows flickered into my awareness. Movement that should have gone unnoticed, but I’d learned to be prepared for such things.