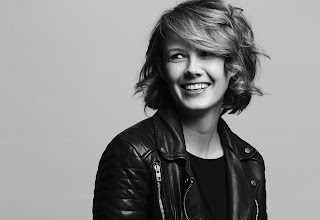 Erin King hails from the deserts of Las Vegas, where she was a serious high school choir nerd (no, really, we won a Grammy), turned songwriter, turned novelist. These days, she lives in Manhattan with her designer husband, where they pretend “creatives” can afford the city. She writes Young Adult fiction while her three native New Yorkers attend elementary school, and takes her life in her hands every time she goes for a run in Central Park. She’s anaphylactically allergic to exercise. Yes, it’s a thing. However, she hopes to survive to write many more fantastical tales about fictional teenagers. When seventeen-year-old Harlow Jackson gets dumped at her grandma Minny’s wake, she’s devastated, pissed as hell, and without an escort for the Debutante season starting the very next day. But then Harlow finds something Minny left her: paper seeds. Minny always told her that if you place a magical paper seed in a book, and plant it in the ground, you can grow anything you desire from its pages.

In a fit of desperation, revenge—and, okay fine, a little too much funeral punch—Harlow grows teenage versions of Mr. Knightley, Sherlock Holmes, Dorian Gray, and Dracula to be her and her friends’ debutante escorts. Because everyone knows there’s only one thing better than a handsome, well-groomed, drawling Southern beau…an English gentleman. Harlow is tired of feeling second rate in her small Southern town, and vows to use the boys to beat her ex, and the mean-girl Debutantes, at their own game. Frankly, she’d love to burn their perfect curls off their pretty little heads, but that would just be gravy. Instead, she’ll settle for winning the Debutante crown and the accompanying cash scholarship prize, which she badly needs.

Harlow passes the boys off as four rather eccentric foreign exchange students, and everything goes according to plan until the book-boys discover their own origins and run amok. At the same time, the town witch, Madame LeRoux, comes after Harlow for the paper seeds, claiming that planting them will have dark consequences for Harlow and the people she loves. Harlow must uncover the origin and twisted history of the paper seeds to discover a way to undo what she’s grown. But as generations of town secrets and lies begin to unravel, Harlow discovers it was her beloved grandmother Minny who may have been hiding the biggest, ugliest secret of them all.

If I hadn’t been standing in the middle of my grandmother Minny’s wake, I would have whacked that boy in the man parts so hard, people would be looking at pictures of his children in years to come and say—see the funny ear that kid has? Harlow Jackson did that.

But Jonathan took my hand and squeezed it, like he was bestowing some sort of warm comfort on me. He wore the gray shirt I’d saved up a week’s wages for, the one that was the exact color of his eyes.

Now, I wanted to rip it off him.

And not in a good way.

I took a deep breath and tried to be civil. “Your parents will get used to the idea of us. I have a way of winning people over, you know.” I smiled my most becoming smile and flashed my dimple. Jonathan loved my dimple. Everyone loved my dimple.

He closed his eyes. “It’s not that, Harlow.”

Madison Pace cocked her ear in our direction as she scooped bean dip onto her plate at the food table. Nosey was not an adjective in this town, it was a given.


I tugged Jonathan’s hand, and he followed me out onto the front porch. The sky was gray, just waiting to burst open, the air heavy and thick. October in Georgia was not a cool, crisp autumn. It’s more like standing over a pot of boiling pasta. Or maybe more like being the pasta.