Getting the Call: S.K. Keogh

A book cover recently knocked my socks off. So much so, that I bought the book for my kindle without reading a word of it first. Now half way through this action packed story of pirates and revenge, I’m so glad I did. I love a nautical adventure, especially if it has romance. I knew I had to ask S.K. Keogh to the blog even though we write in different genres. Her rousing story will inspire everyone. Thank you, Susan, for traveling here to share your story. 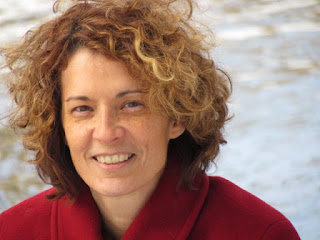 When Michelle invited me to write an article on how I landed my first book deal and the journey I took to get there, it surprised me to realize that nearly nine years have gone by since I first sat down to write my historical adventure novel, The Prodigal. Of course, I've been a writer for much, much longer than that.

Like many writers, I began writing when I was just a kid, dabbling in such things as Young Adult and Westerns (yep, Westerns). My first publishing credit came about from research I had done while writing a Civil War novel. I submitted a short article to the national magazine America's Civil War, and was pleasantly surprised when they wrote back to say they liked the article so much that they wanted me to expand it so they could use it as a feature article. (I recently reprinted the article on my blog, in a four-part series: http://susankeogh.wordpress.com/2012/01/03/prelude-to-chickamauga/ )

I had hoped that the article would help me find a publisher for my Civil War novel, but, alas, it did not (I recently started reworking that manuscript). Having no success with that manuscript, I actually drifted away from writing for three years, being heavily involved in other interests. Sometimes I wondered if I would ever be inspired enough to write again. 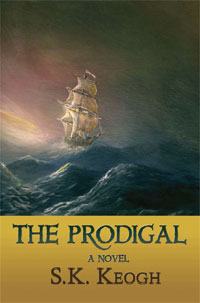 Then along came the Disney movie "Pirates of the Caribbean" in 2003. That movie piqued my interest in that era in general and pirates in particular, so I began reading whatever I could find on the subject, and it was during that time that I came up with the idea for The Prodigal. I wanted to write a plot-driven, quick-read adventure, something relatively short (less than 90,000 words by the time it was ready for publication). The small word count was strategic because I figured a publisher would be more apt to take on a debut author with a cheaper-to-produce word count than a debut author with some massive epic.

So lots of research and five drafts later, I had the finished product, perhaps two or three years' worth of work. I can't remember for sure. Even when it was "finished", I still revisited the manuscript often to read it with fresh eyes and tweak it some more (I'm notorious for that). I marketed it a bit with agents, then small presses. One publishing house had it for a year but ultimately passed on it. I continued on during that time with writing what I hoped would be a sequel then a trilogy.

During a more recent search for an agent, I was contacted by an agent who had been an assistant at one of the agencies that had read a full of my manuscript. She was opening her own agency and wanted to take me on. Since I had no one else interested in me or the novel at the time I figured what the heck and signed with her. During our one-year relationship, she shopped it around to some of the bigger houses like Random House, etc. but had no luck selling it.

A fellow writer, whom I met on a historical fiction website, (Jim "Alaric" Bond) contacted me directly and invited me to submit my work to his editor at Fireship Press. I did so and notified my agent of the contact, encouraging her to touch base with them. However, I never heard back from the editor, and my agent claimed he had not responded to her inquiries. A short time later, that gentleman unexpectedly passed away. So I figured that was that. However, Jim contacted me after having met the new president of Fireship Press and again encouraged me to submit, saying that the new president (Michael James) didn't find any record of my previous submission or any contact from my agent.

This was toward the end of my contract with my agent. After submitting The Prodigal to Michael James, I tried to contact my agent to let her know, but oddly enough she had vanished off the face of the earth after the birth of her first child. I tried contacting her by email (bounced back), telephone (straight to voice mail with no return call), and certified mail (that letter eventually came back, unclaimed). It was a big mystery. Meanwhile, Fireship had contacted me for sample chapters then a full. Since my contract with my agent had by then expired, I officially terminated our relationship. Shortly thereafter, Fireship offered me a one-book deal for The Prodigal.

There are good things and bad things when a writer compares big publishers with small publishers. I will focus on the positive things. With a small, niche publisher like Fireship, my book received immediate attention toward getting it to the finished product. They had actually started editing it before I had even signed the contract (which I had reviewed by a literary lawyer before signing). I had the copy edits back within the first month (fortunately the edits were nothing major, mainly words choices, etc. and a tweaked ending) and the galleys in my hands the following month. By the third month we had a cover chosen and a jacket blurb written. Another positive thing is that I was allowed the majority of say in the cover and the blurb, both things that debut authors at large houses rarely if ever get a say in.

So all told, from contract signing to release, The Prodigal only took three months of production. Compare that to large houses which can take up to a year and a half to produce a book.

So there is my own personal success story. Like many things in life, in my case it was not only what I knew (how to write a good story) but who I knew (Jim Bond). So the moral of this writer's story is network, network, network! You never know who will offer to lend you a helping hand...and you never know who you might be able to help on their way toward publication as well.

If you are interested in The Prodigal, it is available in paperback or e-book through the usual purchasing channels: Amazon, Barnes & Noble, etc.