Getting the Call: Phoenix Sullivan

This writer has helped me out so many times that I couldn’t wait to get her post. Phoenix Sullivan has picked apart query letters for myself and dozens of others. She’s even applied her talents to assist with the dreaded synopsis. Her version is still the one I use for my synopsis. On her blog, she pays it forward every day with self-publishing strategies. Phoenix has carved her own path, and she can be her own boss. 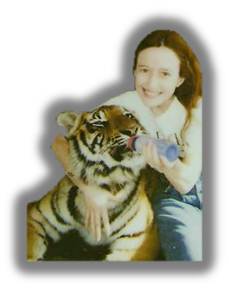 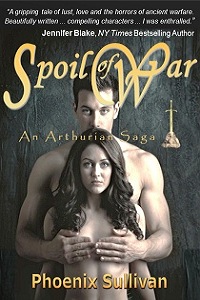 Like many of you, I pinned a lot of hope on getting "The Call." Two manuscripts and 300 queries later the phone still hadn't rung.
One of those manuscripts, Spoil of War, had been taken to the editorial board at two separate publishers. Two agents sent revision letters for it that, unfortunately, would have turned the story into something it was not.
SECTOR C got 12 passes on the requested full, with most of those agents saying there was nothing they would change about the story and that they fully expected it to sell. Pretty much everyone praised the writing and the voice in each manuscript. I figured Spoil of War, cross-genre with some controversial subject matter and a nod to the sensibilities of the 1980s, might be a tough sell.
SECTOR C, though, was high concept and I hoped it would be highly commercial. In another time, another economy, the consensus seemed to be, it would have been picked up quickly. But non-apocalyptic, near-future science fiction wasn't commanding a large enough market to take a chance on it. A smaller, digital-first press would probably have picked it up, but the idea of low royalties with little to no advance and the low sales associated with many small publishers didn't impress me.
When "The Call" finally came, it was more of a "Wake-Up Call" or "A Call To Action." I could closet these two stories and attempt the query-go-round with my next yet-to-be-written manuscript ... or I could self-publish them and see where that could lead. Self-publishing successes were just beginning to make the news, and it was becoming clear the new generation of self-publishing was not the vanity publishing of the past but a new beast entirely. It wouldn't be easy -- but I do dearly love a challenge.
That was "The Call" I answered.
And a challenge it clearly was. Marketing an ebook has as much to do with luck as perseverance and knowledge of the techniques. I published Spoil of War: An Arthurian Saga in April 2011. SECTOR C followed in September. Neither started with a huge splash. After a major publicity hiccup in August, Spoil of War found its audience on iTunes, where it's consistently been in the Top 3 in Historical Fantasy in the UK and AU stores and in the Top 10 in the US since December. And despite a rough start on Amazon, it's currently the #1 Arthurian Fantasy based on popularity and is featured on the front page of Amazon's Science Fiction & Fantasy storefront. 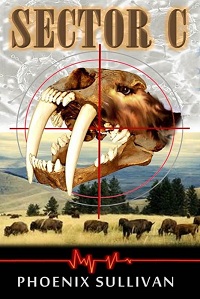 SECTOR C keeps bouncing up the rankings only to fall back then bounce back up again. In January, it was the #2 bestselling Medical Thriller on Amazon. Twice it's been featured as the representative title for Science Fiction on the Kindle E-books landing page on Amazon. In April, it climbed up to #84 on the Top 100 bestsellers chart storewide and made Amazon's Movers & Shakers list. A pretty good showing for a little book nobody wanted.
In December, I also published Vet Tech Tales: Confessions of an Animal Junkie, a novella-length volume of essays about my early experiences of becoming a veterinary technician. In its present form, it's too short for a traditional publisher to care about, and I would have had to wait until I completed at least 3 times as many essays/chapters to even begin querying it. As it is, the first volume, at 99 cents, is selling while I'm writing the next. In fact, just this last week it was on several Top 100 Bestseller lists, including #1 Veterinary Medicine, #97 Science, #24 Animal Care & Pets, and #56 Home & Garden.
I'm not getting rich off of my books, but I'm pretty happy with the supplemental income they're providing. I don't have to sell nearly the number of ebooks on my own that I'd have to sell through a traditional publisher to make the same amount of money. And, because I'm offering my books free through Amazon and/or iTunes periodically, I can still get the books into thousands of readers' hands and, hopefully, in front of their eyes. Being able to get that level of distribution along with high royalties for what I sell is pretty sweet.
While I'm not (yet) in the league of those who've sold tens of thousands of their books online, I'm confident I've made more so far than I would have going with a digital-first or small publisher. I tend to be very open on my writing/e-publishing blog about what I've made, so I don't mind sharing my sales figures with you here. 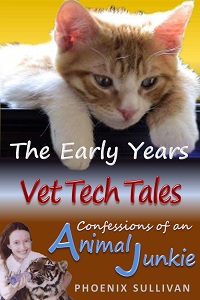 ·         I made about $2000 in 2011 and am right at $11,000 earned so far in 2012. (The learning curve for online marketing was, for me, a long one – I got better at it in December.)
·         I've sold 8675 copies of my books in total.
·         620 copies have been borrowed through Amazon Prime, meaning Amazon has paid me between $1.50 and 2.50 per each borrow (the amount varies month to month).
·         I've given away 69,860 copies of my books through Amazon and iTunes.
If the right deal with a large traditional house were offered, I'm pretty sure I'd take it (although "right" is getting harder and harder to negotiate). But I'm not going to go hunting it down. And the right house won't be a digital-first press or a small imprint. Not because I'm arrogant, but because I've seen too many good books not get the push they need to get the sales they deserve. I would willingly work with someone who can take my sales to the next level, but most of the small publishers I've seen haven't learned how to sell their ebooks on Amazon or iTunes or Barnes & Noble. And if you can't sell well in those venues you really can't compete.
When I think about querying again, I have only to remember an author friend of mine who snagged a well-respected agent nearly a year-and-a-half ago. The author made agent-requested revisions and the agent shopped the manuscript but was unable to sell it. This was the author's second agent (the first retired) and the second manuscript the author couldn't sell. The agent refused to shop a third manuscript the author had completed because the agent didn't think the non-US locale would be marketable. So the author is now polishing a fourth manuscript to try again. Although agented, this author is no further along in their career than they were 6 years ago.
I've beta-read for this author. The writing is wonderful. It's their timing and luck that need improvement.
Sometimes, it's up to us to make our own luck.
What I've learned from my friend's experience, my own experiences and others' is that "The Call" isn't the same for everyone -- and the results can vary widely. For many, "The Call" simply never comes. A few authors will hit that home run we all want; others will happily settle for a $3000 advance and a book that doesn't earn out. And others still will heed a "Wake-Up Call" of their own and self-publish -- with the same variance in results. There are self-published books that can't sell 10 copies a month and those that sell 10,000.
Who really knows ahead of time which books will break out? The best any of us can do is study the market and follow our heart.
And maybe throw a bit of salt over our shoulder while we tuck that 4-leaf clover behind our ear…
Posted by Michelle 4 Laughs at 3:45 PM