Getting the Call: Suzanne van Rooyen

This week's author has a ton on her plate. Suzanne has broken into writing by heading in more than one direction, providing more proof that a boatload of talent with determination and perseverance are the key. Very cool cover, Suzanne, and a big congrats on the agent offer! I hope you'll come back again and share more details for the December release. 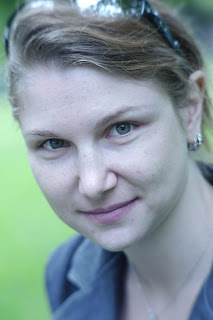 My journey to publication has been a bit of a whirlwind. I've always written, but never really thought of being a writer in terms of career. It was only in 2010 when I began writing Dragon's Teeth that I had any inclination of trying to publish. 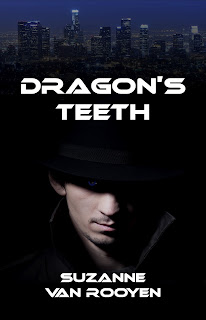 What started out as a short story grew into a novel for NaNoWriMo 2010 and after another two months of daily writing, became Dragon's Teeth. I submitted my manuscript on a whim to Divertir Publishing, wanting to take the first step towards being a real writer. I expected a rejection, I hoped for some feedback, I never ever expected a publishing contract.

My almost year long journey from signing the contract to seeing my book in print taught me so much about the writing industry and about myself as I writer. I owe a huge amount of thanks to Elizabeth Harvey (my editor) and Ken Tupper (publisher) for investing in my story. It was the publication of Dragon's Teeth that made me realise that what I really wanted to be was a writer, because that's who I've always been: a storyteller.

In the wake of Dragon's Teeth, I joined the online writing community Scribophile where I continued to learn about writing as a craft and about the industry. I started following author and agent blogs, I discovered Duotrope and the world of writing no longer seemed like a magical, far away realm but something real that I could be a part of. In the past year, I've had fifteen short stories published and have gradually been stepping up the ladder towards pro paying markets.

I've also been writing, a lot! Being a musician, I understand the importance of practice; the dedication, discipline and perseverance it takes to perfect an art. I write every day, even if I only manage a couple hundred words.

After Dragon's Teeth, I wrote two other novels. Obscura Burning pretty much wrote itself in a lightning bolt of inspiration that had me abandon everything else for the two weeks it took to write out the first draft. A YA science fiction novel, Obscura Burning is about a troubled boy who finds himself tossed along the space-time continuum in the wake of tragedy. I queried agents for this novel but the feedback, while consistently positive, made me realise that my very dark and edgy novel was going to be a tricky sell for traditional publishing. I turned instead to indie publishers and within a few weeks had an offer of publication from Etopia Press. Obscura Burning is now tentatively scheduled for release December 7.

The other novel was Daughter of the Nether, a YA mythpunk story set in a post-apocalyptic world. I entered this manuscript into the Amazon Breakthrough Novel Award earlier this year and never expected to end up a semi-finalist. My journey with this novel is far from over but after four months of consistent querying, I just had an offer of representation! My head's still spinning about that!

Putting my journey into a few paragraphs, makes it all sound fairly easy, but it definitely was not. The hours spent writing, the hours spent curled up in a ball of self-doubt as the rejections rolled in, the hours spent editing, revising, staring at a blank page – writing really isn't for the faint of heart, but determination and patience can pay off. It was Einstein who said, “Genius is 1% talent and 99% percent hard work.” And any writer can attest to that!

Bio: Suzanne van Rooyen is a South African speculative fiction author currently residing in the snowy wastes of Finland. She is the author of Dragon's Teeth (Divertir Publishing, 2011) and Obscura Burning (Etopia Press, December 2012). Her short fiction has appeared in Golden Visions Magazine, Earthbound Fiction, Niteblade and several others. Although she has a Master's degree in music, she prefers writing strange tales and conjuring weird worlds, and playing in the snow with her shiba inu.