Getting the Call: Anna Walls

More proof the road to publishing is a process. Sometimes your location itself proves the biggest challenge. What do you do when you're miles away from the nearest agent or writers conference? 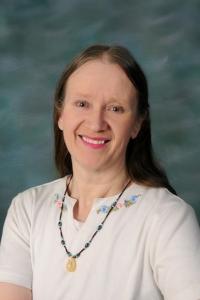 Did I get the call? Most certainly not. What I got was this really cool little toy, a Dell laptop. It was my very first computer. I had no internet and I had no intention of getting such a thing, not that I had a clue how. That meant that my cool little toy was little more than a glorified typewriter.

By coincidence, since my boys were done going to school from here (they were both in town going to Job Corp now), I had loose leaf binders laying around and plenty of notebook paper, so like I’ve done only two other times in my life, I started writing down a story just for the heck of it. I’d read every book in the house multiple times and going to a bookstore was impossible. 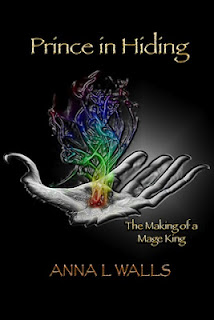 When I was presented with this little computer, my son showed me how to work it and some of its features and then it was all mine. So what do you do with a glorified typewriter? One thing is for sure, it took up less room on the table than my notebook and someone was always setting a cup or some tools on my paper (grrr). With no other ideas, I started to type my hand-written story into my computer. When I caught up with myself, at first, I thought I’d write some and then type that, but it didn’t take me long to just give up on the notebook. I mean, grammar and spell check, and copy and paste? You just can’t find that kind of thing in a notebook. Haha

Such was the very first beginnings of my first published book, King by Right of Blood and Might. It took me upwards of two winters to finish that book, but during that time, I learned lots of things about my cool little toy too. It had a Paint program, and now I could draw pictures and maps. I drew a lot of pictures for that book, only a few of which remained in the finished product.

When I finished it, I did a little checking around into the publishing idea, but quickly discovered that publishers required agents and I didn’t know how to find one. My boss at the time gave me this big fat book with contact information and requirements listed for just about any kind of publishing anyone might want to do, but by the time I was looking, the information was outdated and I had nowhere else to turn.

I found AuthorHouse in the phonebook and sent for a publishing package but even that avenue died, as it was far too expensive. But, I still had my little toy and my winters were filled with discovering these brand new books no one had ever seen before, least of all me. I experimented with the rules of magic. I traveled to distant planets. I even visited Earth from far far away. And many more adventures, only just beginning to see the light of day.

Then the saddest day of my life opened the way for my publishing career to start. My mother died, but there was an inheritance I didn’t expect. Suddenly, I had enough money to see a book published. It was both the best and the worst investment I have ever made. The best because I had a book out there people could read, available on Amazon, no less. The worst because of the publishing avenue I chose. AuthorHouse is a subsidy publisher; they make their money from the writer so whatever the finished product is makes no difference to them. It doesn’t matter if sales go nowhere; they got their money. It was up to me to figure out how to advertise; their only help was to tell me to get a Facebook account and a Twitter account. Well darn, that required internet. 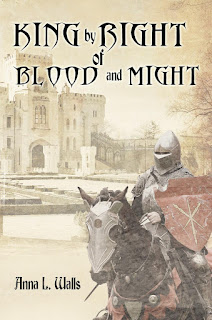 Two years later, after much research, we did just that, also thanks to the money I inherited from my mother. Now my little cabin in the middle of nowhere, Alaska, had a piece of 21st century technology hanging on the side of it, and now I’m doing amazing things like blogging and marketing and lets not forget, doing this interview.

Another thing the internet has allowed me to accomplish is finding publishers I don’t have to pay. Early this spring my second book, Prince in Hiding, went live and apparently hit Amazon by storm (for me anyway). In June, 32 books were sold. In July ,18, but come August, 137 were sold, and just blew me away. Most of those sales were eBooks and they are the craze these days, but not so long ago King by Right of Blood and Might also grew an eBook (not by my request) with no sales from that quarter that I know of.

This year has been an exciting one for me. Through another publisher, The Speed of Dreams is scheduled to come out in February. Then again, sometime in late May, book 2 of my Making of a Mage-King series will hit Amazon with, I hope, as much enthusiasm as Prince in Hiding. The balls are all starting to roll. My stories are starting to find homes. Pretty soon I’ll have to buckle down and write up some more.

King by Right of Blood and Might can be found here

Prince in Hiding can be found here

My main writing blog is here

My personal blog is here

My blog novel, The Fortunes of Magic, is here