The big reveal is HERE. 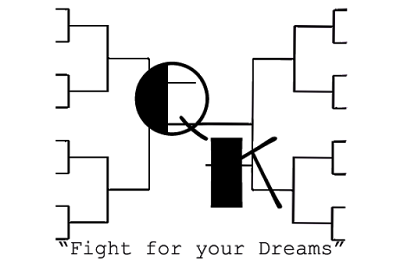 Want to know what agents and editors we have for Query Kombat? WE HAVE TWENTY-EIGHT, AND COUNTING!! There are so many publishing professionals participating, we can’t fit them all on one blog! View one-third of them below, then click on over to Michael’s and Laura's blogs to see the rest. We’ve got both well-established agents/editors and some newer professionals who are actively seeking to build their lists. Query Kombat 2016 is going to be an AWESOME Kontest.
Don't miss the submission window from May 16 - May 20, 2016!! We’re giving you the whole week to get your entries in!

And here's a sneak peek at the upcoming twitter party:

May 15th    Before the big days arrives tweet your category and genre. Ask questions about genre if you’re unsure where your manuscript fits.

May 16th  After 8:30AM tweet when you’ve submitted your entry to our QK email. Nerves and jitters can be calmed by sharing with others. All day long tweet out what your entry Nickname is and why you chose it.

May 17th   Day 2 of submissions! Judges get fun secret names. Entrants get to create nicknames. Your poor hosts are left out. Create nicknames for Laura, Michael and Michelle!  (Keep it clean. We blush easily.) And tweet your favorite comp title.

May 18th   Submission Hump Day! Tweet your main character’s name and a special tidbit about them. See what sorts of names are popular and if anyone else shares MC’s names with you.

May 19th    Tweet what you find the hardest about writing. Is it keeping out telling? Writing action scenes? What’s hard for you? Anyone have tips for making them easier?
May 20th   Last day to submit! Say hi to an entrant you’ve never talked to. Wish them luck in the slush round. If you need to let out some nerves, see if your new friend will lend an ear.

May 21st     Tweet something about how you write. Do you use music or prefer silence? Morning or late at night? We celebrate our differences.

May 22nd     Tweet us your villain’s name and something evil about them.

May 23rd      If you’re looking for some beta readers or CP, now is the time to tweet about it.

May 24th     Tweet us your favorite line from your novel. If you read any you like, favorite it. Have any favorite lines from a novel that’s not yours? Tweet those too!

May 25th     Tweet your thanks to the agents, editors, and judges of Query Kombat 2016. They’re dedicating a lot of time to help out. The least we can do is take a day to celebrate them!

May 26th      The big reveal is tomorrow! Tweet the title of a soothing song that is helping you get through the day before the picks are revealed. Hold hands and sing Kumbaya lyrics like the band of friends you’ve become. (We’ll be running around like crazy gerbils getting everything ready.)

For more information on how to enter when the window opens, please click here. Otherwise, scroll down to meet the agents and editors! 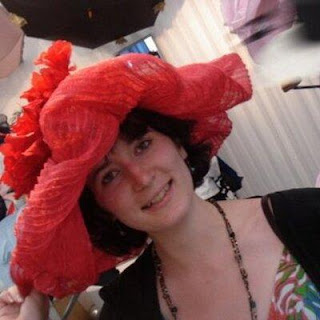 Lydia Moëd
Lydia Moëd came to Canada from the UK, where she worked as a foreign rights executive for UK publishers including Usborne Publishing and Elwin Street Productions. She has also worked as a freelance literary translator and editor, and as a bookseller at Foyles in London. In addition to handling foreign rights for The Rights Factory's children's and YA list, she is building her own list of clients for representation.
For fiction, she is most interested in acquiring science fiction and fantasy, though she also enjoys magic realism, historical fiction and stories inspired by folklore from around the world. For non-fiction, she is interested in narrative non-fiction on a wide variety of topics, including history, popular science, biography and memoir. She would love to bring more translated literature into English, and particularly welcomes queries by authors from marginalized groups.
Website|Twitter 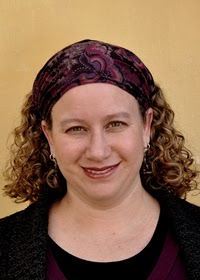 Rena is a graduate of Johns Hopkins University’s Writing Seminars Program, where she double-majored in poetry and non-fiction writing. She studied at Trinity College, Dublin and holds an MA in History from McGill University in Montreal, Canada. She worked at bookstores in four countries, has written extensively for The Jerusalem Report and The Jerusalem Post, and worked in PR, grant-writing, and website development at The Jerusalem Foundation. She is a writer of both fiction and poetry as well as the author of the cookbook EATING THE BIBLE, which has been translated into five languages. 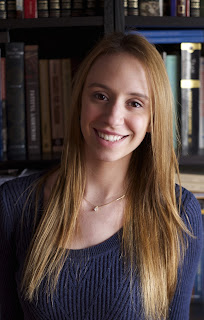 Victoria Lowes was born and raised in Queens, New York and graduated from the City University of New York, Queens College. Before joining the Bent Agency, she completed internships at Serendipity Literary and the Carol Mann Agency. She now lives on Long Island and in her spare time she can be found teaching dance classes for young students or watching re-runs of The Office.
I’m looking for both commercial and literary fiction as well as young adult titles. My favorite genres are historical fiction, suspense, mysteries, upmarket women’s fiction, and romance.
Website|Twitter 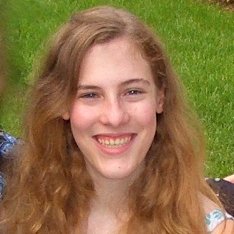 Penelope Burns is the newest member of Gelfman Schneider/ICM Partners. She came to the agency as an intern after graduating from Colgate University in 2012. Currently, as an agency assistant, Penelope is looking to a build a list of her own. She is interested in Literary and Commercial fiction and non-fiction, as well as a variety of Young Adult and Middle Grade.

I'm actively looking for YA/MG novels with a unique voice or an unreliable narrator, or an interesting and unique premise. I'd also love to see a YA contemporary romance, or a clever MG with a lot of humor. I am not seeking adult thrillers. 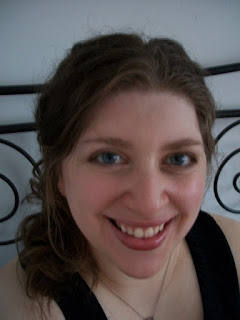 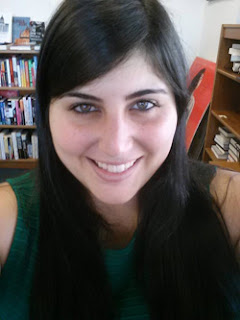 Founder Jennifer Azantian graduated with a B.S. in clinical and developmental psychology from the University of California, San Diego where she was an executive editor for the Trition Psychology Report. In 2011, she began her agenting career, first as an intern and then as an assistant and associate, at the Sandra Dijkstra Literary Agency. In 2014, while working with senior agent and entertainment lawyer Paul Levine, Jennifer opened her own agency specializing in speculative fiction. 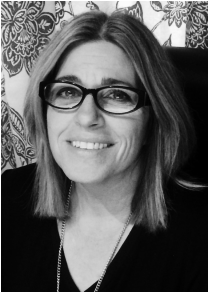 Stacey Donaghy is a strong advocate for her writers.  She believes in helping to build the careers of her clients, with long term goals in mind.

Stacey began her career with the Corvisiero Literary Agency in New York, where she wore many hats from team manager and trainer, to intern, to agent.   This coupled with her  experience and formal education and training in the areas of  Management, Social Services and Adult Education, Stacey brings a wealth of technical and professional experience to the literary world.  As a manager in the field of Education & Training, her roles have included people management, curriculum development, academic editing, marketing, creative design, publishing, proposal writing, contract negotiations and public speaking.  Her training also includes Principled Negotiation Techniques as it applies to relationships and contracts.

Stacey represents NY Times, USA Today, and Amazon Bestselling Authors, as well as Authors who have been nominated or have won awards for various works. 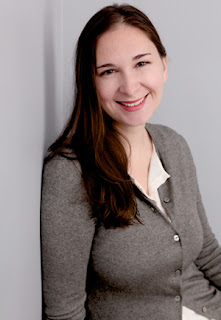 I joined the LKG Agency in 2008, thereby disproving the theory that no English major ever does anything with their degree.  Before that I worked at another literary agency, Don Congdon Associates, where I had the behind-the-scenes thrill of seeing Kathryn Stockett’s The Help first come in (and getting one of the first reads). And before that I was getting my Masters in English and Publishing from Rosemont College. I have enjoyed my apprenticeship under Lauren very much, and I am now actively looking to build my own list, which includes (after a surprisingly minimal amount of begging and pleading on my part), securing Lauren’s agreement to open the agency to considering middle grade and young adult fiction.
In my spare time, I am an author in my own right (or is that write?).  My first book, Lady Vernon and Her Daughter, which I co-wrote with my mother, was released by Crown in 2009.  We also contributed to Jane Austen Made Me Do It, published by Ballantine in 2011.  My first middle grade novel, Ordinary Magic, was published by Bloomsbury Children’s in 2012. 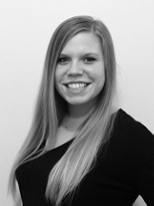 Jackie earned her B.A. in English in her home state of Wisconsin before trekking to Colorado to attend the Denver Publishing Institute. Her first job in publishing was as a Subsidiary Rights assistant at Penguin Random House, following an internship at none other than New Leaf Literary. After spending two years back at New Leaf as a literary assistant, Jackie now directly assists Joanna Volpe.Fun Facts: She grew up in the Water Park Capital of the World and has a cat named Humphrey Bogart. 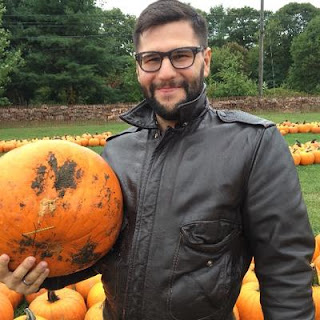 Before he joined the L. Perkins Agency, Leon was an associate agent at Anderson Literary Management.  He graduated from Bard College with a BA in Literature and from there went on to attend the well-known Columbia Publishing Course, where he decided he wanted to be an agent.

He has a particular interest in science-fiction and fantasy, especially fantasy with non-Western European inspired settings and cultures (e.g. Leigh Bardugo’s Russian-inspired fantasy).  He also loves young adult and upper middle-grade of all stripes, as well as genre mashups (e.g. fantasy westerns, noir + almost anything else, etc).  Strong characters are, of course, a must.