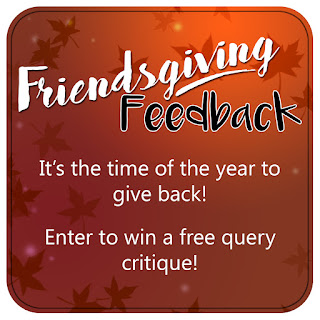 Among so much bad news, we are all in need of a ray of light. I figured the least I could do is put together a short critique workshop to raise spirits and maybe help some writers.

So a small group of five published authors has come together to offer query critiques for the next two weeks to culminate in a twitter chat about querying, publishing, and just any questions we might be able to help you with.

We will do a query critique every day starting on November 21st and plan to give first priority to marginalized writers, "own voices" stories, and stories with diverse characters, worlds, and challenges.

Your manuscript does not have to be completed. You just need a completed query letter. A large group of winners will be randomly drawn from the rafflecopter and their query letters requested. Then each of our participating authors will choose from the available entries and post their critique on their blog or on mine along with their feedback.

Hopefully we can all learn more about the writing process from the breakdowns of these query letters.

Our twitter chat will be December 2nd at 4:00 pm and 8:00 pm EST under the hashtag #FFChat and will last an hour. We'd love you to post some questions ahead of time down in the comment section.

There's not much time so enter the rafflecopter quickly. And please help us spread the word under #FFChat. Links to the finished critiques will be given under that hashtag also.

Here is who we are: 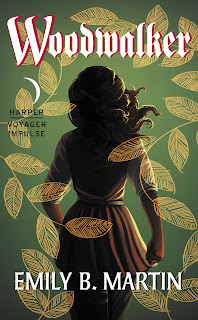 Park ranger by summer, stay-at-home mom the rest of the year, Emily B. Martin is also a freelance artist and illustrator. An avid hiker and explorer, her experiences as a ranger helped inform the character of Mae and the world of Woodwalker. When not patrolling places like Yellowstone, the Great Smoky Mountains, or Philmont Scout Ranch, she lives in South Carolina with her husband, Will, and two daughters, Lucy and Amelia. 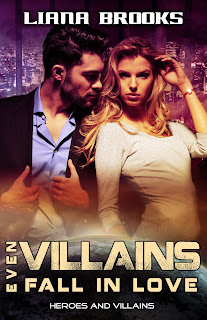 Liana Brooks writes science fiction and sci-fi romance for people who like fast ships, big guns, witty one-liners, and happy endings. She lives in Alaska with her husband, four kids, and giant mastiff puppy. When she isn’t writing she enjoys hiking the Chugach Range, climbing glaciers, and watching whales. 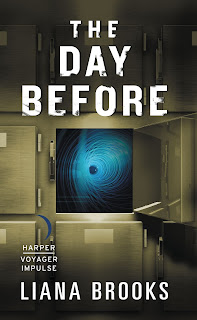 You can find Liana on the web at www.lianabrooks.com or on Twitter as @LianaBrooks. Goodreads Author Page. 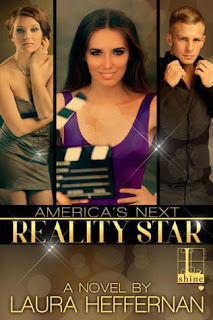 Laura Heffernan is living proof that watching too much TV can pay off: AMERICA'S NEXT REALITY STAR, the first book in the REALITY STAR series, is coming from Kensington’s Lyrical Press in March 2017. When not watching total strangers participate in arranged marriages, drag racing queens, or cooking competitions, Laura enjoys travel, baking, board games, helping with writing contests, and seeking new experiences. She lives in the northeast with her amazing husband and two furry little beasts.

Some of Laura's favorite things include goat cheese, Buffy the Vampire Slayer, Battlestar Galactica, the Oxford comma, and ice cream. Not all together. The best place to find her is usually on Twitter, where she spends far too much time tweeting about writing, Canadian chocolate, and reality TV. Follow her @LH_Writes. Laura is represented by Michelle Richter at Fuse Literary. 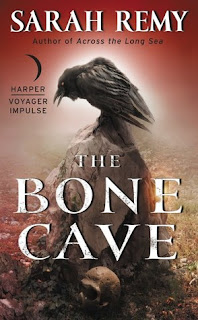 In 1994 Sarah Remy earned a BA in English Literature and Creative Writing from Pomona College in California. Since then she’s been employed as a receptionist at a high-powered brokerage firm, managed a boutique bookstore, read television scripts for a small production company, and, more recently, worked playground duty at the local elementary school.
When she’s not taking the service industry by storm, she’s writing fantasy and science fiction. Sarah likes her fantasy worlds gritty, her characters diverse and fallible, and she doesn’t believe every protagonist deserves a happy ending. 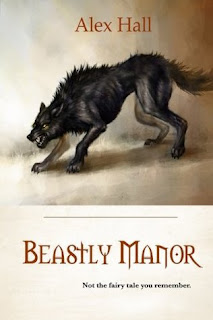 Before joining the Harper Voyager family, she published with EDGE, Reuts, and Madison Place Press.
Sarah lives in Washington State with plenty of animals and people, both. In her limited spare time she rides horses, rehabs her old home, and supervises a chaotic household. She can talk to you endlessly about Sherlock Holmes, World of Warcraft, and backyard chicken husbandry, and she’s been a member of one of Robin Hobb’s longest-running online fan clubs since 2002.
Find Sarah on Twitter @sarahremywrites and her Blog 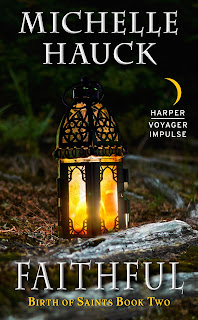 Michelle Hauck lives in the bustling metropolis of northern Indiana with her hubby and two kids in college.  Besides working with special needs children by day, she writes all sorts of fantasy, giving her imagination free range. A book worm, she passes up the darker vices in favor of chocolate and looks for any excuse to reward herself. Bio finished? Time for a sweet snack.
She is a co-host of the yearly contests Query Kombat and Nightmare on Query Street, and Sun versus Snow. 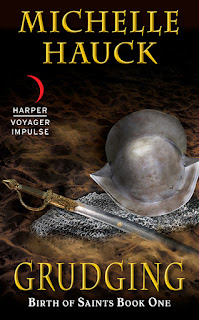 Her Birth of Saints trilogy from Harper Voyager starts with Grudging and Faithful.  She's repped by Marisa Corvisiero of Corvisiero Literary.