J.C. Lane’s TAG, YOU’RE DEAD, the 2014 Query Kombat Grand Prize Runner-Up and YA Champion, has been nominated for the Agatha Award for Best Children’s/YA mystery! The Agatha Award is presented by the annual Malice Domestic conference, which celebrates mysteries. This is the second Agatha nomination for J.C. Lane, who also writes mysteries for adults as Judy Clemens and was nominated for the Agatha for Best First Novel for TILL THE COWS COME HOME in 2004. 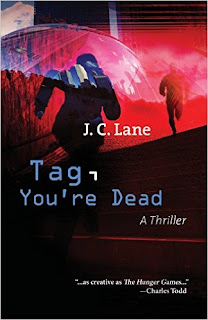 Six young people play a dangerous Game of Tag in public, chasing through the crowds, streets, and buildings of Chicago. This secret, one-of-a-kind, wildly expensive Game offers a macabre twist to the childhood version…if you get Tagged, you get Dead.

Three "Its" have their reasons for buying a place in the Game. Surgically enhanced Brandy is obsessed with destroying a naturally beautiful girl. Untalented Robert covets his target's position as superstar of the basketball team. Brainiac Charles craves a battle against an intellectual equal. Given their elite social status, they reject any possible downside to the contest. Each expects the satisfaction of killing their prey, then walking away.
Hand-picked innocents play as “Runners,” under threat to their loved ones should they refuse to participate: lovely, small-town Laura; celebrated athlete Tyrese; and Amanda, gamer extraordinaire. Alone, hunted by their adversary, each feels a single hope…to survive.

Technological wizardry controls the Game. As soon as Runners receive the “Go” signal on smartwatches locked to their wrists, the Game rockets them through the city, from the El to Michigan Avenue to the Lincoln Park Zoo. There is no time to rest. Every thirty minutes the Runner’s location is transmitted to the It, which steadily diminishes the Runner’s chance of ever reaching Home Base alive.


The Game will not end until someone is Tagged, so the Runners must choose how to play. Will they accept death? Murder their Its? Or find a way to use individual strengths to stop the Game before anyone dies?

Order your copy of TAG, YOU'RE DEAD from Amazon or wherever books are sold. 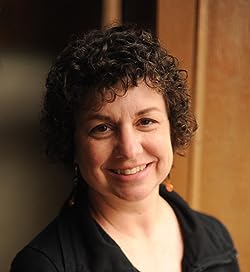 J.C. Lane is the author of Tag, You're Dead, a thriller for YA and adults. She lives in Ohio with her husband and two children, where she spends her time shuttling her kids to events, baking and cooking, and binge-watching Netflix. She is a past president of Sisters in Crime and also writes mysteries under the name Judy Clemens. Those books include the Anthony and Agatha-nominated Stella Crown mysteries, the Grim Reaper series, and the stand-alone LOST SONS. She loves collecting Santa Claus figurines, Van Briggle pottery, and fun bookmarks. Connect with her at www.Jclanebooks.com.

Jclanebooks.com| Goodreads|Amazon|Barnes and Noble
Posted by Michelle 4 Laughs at 8:00 AM