Here to relieve some of that endless worrying is a series called Query Questions. I'll ask the questions which prey on every writer's mind, and hopefully take some of the pain out of querying. These are questions that I've seen tossed around on twitter and writing sites like Agent Query Connect. They are the type of questions that you need answers for the real expert--agents!

No, I haven't forgotten about interviews with agents, and finally, here is a new one. Thanks to John Bowers of the Bent Agency for getting back to me and sharing his thoughts about being an agent.

I always look at the pages someone shares with me. Even on those occasions when I can't make heads or tails of the concept presented in the query letter, I feel that it's important to see what the writing is really like. Some writers have a hard time putting together a strong, compelling pitch, but that doesn't necessarily mean they aren't a great writer.

I'm totally open to unpublished writers. I have a lot of respect for someone who has toiled away on their own writing and then finally feels they have something to share that they really believe in.


How important are comp titles? Is it something you want to see in a query? Are movie/tv reference okay as comp titles?

While not necessarily essential, I appreciate a writer sharing comp titles in a query. They can be really helpful for a few reasons. A writer offering their own comp titles immediately alerts me to the sort of fiction they read and admire as well as the titles they think their work most belongs next to on a shelf. That sort of sign post is really helpful for providing context for when I dig into the pages shared.

Personalized chit-chat can be nice, but the most important thing is really the meat of the pitch. Is the concept strong? Do the comp titles given resonate with me? Is the voice in the pages shared compelling?

I appreciate when a writer checks in with me about an offer. I don't expect any more than one week's time to then get back to them with a decision.

This is not necessarily something that I look for from fiction writers. It is good for a nonfiction writer to have some sort of platform though.

If a writer makes changes to their manuscript due to feedback should they resend the query or only if material was requested? Does it make a difference if the changes are from an R&R with another agent?

If a writer has revised their work, I appreciate the chance to have a second look. It doesn't make a difference for me if their revision notes came from another agent.

Do you consider yourself a hands-on, editorial type of agent? Does a manuscript have to be sub-ready or will you sign stories that need work?

I am fairly hands on editorially, but I also like to be very clear with writers about how much editorial feedback they are looking for in the first place. I don't want to offer a bunch of editorial suggestions if the writer isn't so open to them!

What is your biggest query pet peeve? Is there anything that automatically sinks a query for you?

I think it's important for a query letter to be well put together just at first glance. It's like the first 30 seconds of an interview. The first glance/first impression displays how serious a writer really is about their work and the relationship they hope to establish. This would mean: there aren't any typos, the font is consistent throughout (size and type), and they addressed me directly (not for whom it may concern, etc).

I love gritty Southern stories. Anything from the movie Mud to the first season of True Detective really captures my imagination. I also love tense, thought provoking stories that play with futurism and dystopia like Ex-Machina and Black Mirror. Nonfiction works that seek to pull back the veil of how the world works - think Adam Curtis' recent documentary Hypernormalisation - just really excite me. 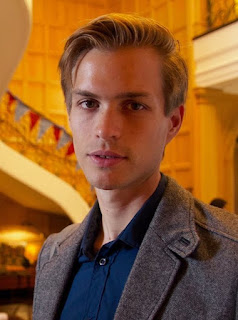 John Bowers represents adult literary fiction and nonfiction in the areas of history, finance, media theory, politics, and science.
I’m from Richmond, Virginia and studied English literature at Virginia Commonwealth University. After graduating with a master’s degree in teaching, I spent a few years teaching English and Drama at American International schools in Colombia and Costa Rica. There I engaged in community outreach initiatives, picked up surfing, and after one too many eye-rolls trying to get kids to fall in love with Shakespeare, I packed my bags for Brooklyn.
Before joining the Bent Agency, I worked in literary scouting, where I read fiction and non-fiction and recommended titles for foreign publishing and film/TV adaptation. I now help handle the Bent Agency’s foreign rights and am also building a list of literary fiction and serious non-fiction for adults.
For fiction, I’m looking for Southern Gothic and Southern-influenced literary fiction along the lines of Ron Rash, Cormac McCarthy and anything in the tradition of titans like Flannery O’Connor. I would also love to see idea-driven science fiction such as Ursula K. Le Guin's THE DISPOSSESSED, dystopian fiction such as Nick Harkaway's THE GONE-AWAY WORLD and stories that make the world feel dystopian, like Kurt Vonnegut's classic, SLAUGHTERHOUSE-5.
For non-fiction, I’m interested in narrative non-fiction in the vein of Beth Macy’s FACTORY MAN and sweeping historical non-fiction like RIVER OF DOUBT and KING LEOPOLD’S GHOST. I’m open to projects that engagingly distill topics regarding culture, media theory, finance, and popular science much in the way of Michael Lewis and Malcolm Gladwell’s acclaimed works. I’m deeply intrigued by stories that help us better understand our world and anything that sets forth strong characters, edgy and expansive themes, and new perspectives.
Posted by Michelle 4 Laughs at 7:42 AM