Getting the Call and a Giveaway with Scott Wilson

The first book I wrote was a hot garbage fire. Being the inexperienced writer that I was, of course I thought it was amazing.

When I sent out the manuscript to agents, I expected daisies and fireworks and sparkling songs of praise. Instead, I got silence. The only replies were form rejections, except for one agent whose wise words I will never forget: "200,000 words is way too long for a debut young adult novel."

Deterred but not defeated, I wrote another book. And then another. Both of them drummed up the same level of tumbleweed interest, so I started going to local writing groups in Boston and New Hampshire. I'd never had my writing critiqued by anyone except my wife and my mom before then, which looking back was a big part of the problem. Having my work sliced open and gutted was about as painful as if it'd happened to my own stomach, but absolutely necessary and a learning experience like no other.

With new determination, I wrote another book. And then another. Still more silence accompanied by the occasional loud rejection—loud because of my groans and grumbles of frustration that my wife had to put up with.

I started a job writing articles online, translating Japanese entertainment news for a Western audience. I also started running one of the writing groups I'd attended as a member, with writers now looking to me for feedback and guidance even though I was in the same boat as them: a cracked, ceramic bathtub lodged in a giant wad of river muck.

It was at that point I'd finally had enough. The thought of pouring the next months of my life into a book that would likely end up with a resounding "meh" was too depressing to bear. So instead, I reverse-engineered the process. Rather than writing a book first and then sending it out to agents, I tried the opposite: create an irresistible query letter and synopsis first, then write the book to live up to it.

Doing things this way, I learned a lot. After my first query draft, I immediately saw there were no stakes in my story, so I threw some in. (Let's put the artificial moon in the sky on an impact course toward Earth!) It was also lacking some exciting details, so I threw some in too. (Hey, let's slap a giant glowing red X on that artificial moon while we're at it!) And best of all, I didn't even have to worry about editing my manuscript, because there was no manuscript yet.

I passed my query and synopsis around to anyone unfortunate enough to look in my direction. With their advice and newfound wind in my bathtub-boat sails, I wrote the opening chapter to the book. Then I wrote it again. And again. And again. Sometimes the sixth time is the charm!

It was during that time I moved to Japan with my wife, and I wrote the book for the next months in the middle of the night, still working American hours for my online job. By the time October rolled around, I was two chapters away from finishing the first draft.

But that was also when I heard about a contest online: Nightmare on Query Street. Tons of agents would be taking a look at queries/synopses hand-picked by Michelle Hauck and others, and it was open to anyone to submit.

Even though I was two chapters from the end, I figured I might as well try my luck, thinking I wouldn't make it past the first round anyway. Maybe, if I was lucky, I'd get some feedback on just my query and synopsis.

But then Michelle chose Metl, my book, as one of the fifteen to make her cut. I couldn't believe it. Someone finally acknowledged my work… and they weren't even related to me!

Three of the agents eventually decided to pass, but one of them, Mark Gottlieb, offered representation. I told him I needed some time to finish the last two chapters, which he was fine with. I'd suddenly gone from slouching out the last bit of the manuscript to typing away at breakneck pace for a deadline. And I loved it.

For the six years leading up to that moment, I'd always seen getting an agent as the endgame. The point when I could finally relax. But again, my inexperience showed. That was only the beginning. Then came sending out the manuscript to editors, reviewing offers, checking over contracts, the editing process, suddenly having a new deadline for the sequel dropped into my lap. And I still have a lot more to learn.

I don't want to say the same thing that everyone says: "never give up and follow your dreams." Yeah, persevering and doing the work is important, but I think what's even more important is not being afraid of trying new strategies. If your query letters suck, then start your next book by writing the query letter first. If a contest comes around and you're not even done with your manuscript, try entering anyway and see what happens.

Worst comes to worst, you'll still be the at the same place you are now, but with a bit more knowledge. And best comes to best, maybe your own bathtub boat may finally get dislodged from the river gunk.

Now onto the raging rapids and piranhas! 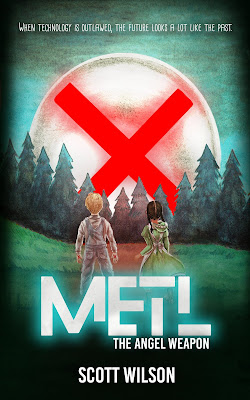 You can check out Metl: The ANGEL Weapon here on Amazon.

When technology is outlawed, the future looks a lot like the past.

Thirteen-year-old Caden Aire spends his days working in the fields and his nights sleeping in a horse stable, all under the watch of Metl -- Earth's mysterious and artificial second moon, a looming relic of humanity's lost era.

But Caden's simple life changes when one night, a fiery red X suddenly appears on Metl's surface, and the same red Xs start glowing on his palms.

Now Caden must find the only person who knows what's happening to him, but he doesn't have much time. Metl has started on an impact course with Earth, and to stop it, Caden will have to face both the unsettling truth about his world ... and about himself.


Giveaway:  Comment below with your favorite type of technology you would miss most if technology was outlawed. Random winner will receive an ebook copy of Metl. 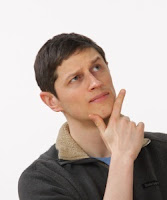 Scott Wilson works as a translator and editor for the Japanese news-entertainment website SoraNews24. He runs ScottWritesStuff, a creative writing livestream on Twitch, and in his free time can be found playing video games and Magic: The Gathering with friends. Metl: The ANGEL Weapon is his first novel. He lives in the Japanese countryside with his wife.
Posted by Michelle 4 Laughs at 8:00 AM