Getting the Call: Linda Hays-Gibbs

Great news! I'm able to bring back these inspirational stories. I want to send out thanks to Terri Bruce for using her connections to bring new authors forward to share how they got published or landed agents. Allow me to introduce Linda Hays-Gibbs. I just met her and already I admire her determination. 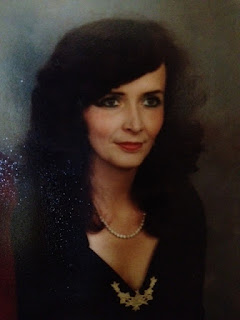 When I saw the email that offered writers to write about how they got the call, I thought this would be very interesting.  I think I always had the call.  I made up poems and songs when I was three and wrote stories as young as six.  No one seemed interested in them as my mom was very sick and died when I was young.  My father didn’t believe a girl needed education.  I did have some teachers that tried to encourage me a little.  I was told to bring my imagination under control. I always made good grades so I did what I was told.
I was told by my Latin instructor that my translations were so interesting, I made his teaching career and made his class the most exciting he ever had.  All I know was I tried to translate but my imagination got in the way every time.

I started writing poetry in a journal for my daughter some years back because I was throwing away my poems.  Bea said, “Mom make a book of them and send them off to be published.”  “I said, no one will publish this mess.”  I did send them off and they were published.  I was amazed.  “Sailing in My Sunshine” was my first published book.

You see, I went back to school and got a degree in Anthropology.  Not what I wanted but what the school pigeon holed me into.  It was a mistake but I got a BA.  I wanted creative writing.  I did have a minor in it but all my professors, again said, I was too imaginative.  I didn’t have any order about me. In other words, I had no talent.

I was an older student.  I was Disabled and a widow.  I did not get any scholarships and finally felt like I was not wanted.  I went for my Master’s in Secondary Education after being turned down three times by the Creative Writing department.  It was simply I had no talent. I did get 28 credits in Graduate work as a teacher and taught for a while at local schools but it was not what I wanted.  I became too ill and could not walk to their classes and quit.

A light finally went off in my little brain.  I could write if I wanted to. There was no one to stop me. 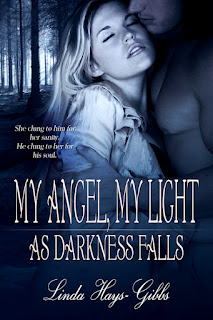 Suddenly, I said, to heck with this.  I want to write so I will write.  I don’t need their permission.  I started writing novels. “He Would Make Her Pay” was my first novel and it was very painful.  It had my life intertwined in it and the 1960s were painful. I wrote “Escape into Magic” to escape.  I did not want any real life.  I wanted dreams.  Next I decided I wanted to write about Regency England.  It was all I read.  I love Romances in Regency times.  I wrote “My Angel, My Light As Darkness Falls” it was so much more fun but the publisher I had was not helping me.  I looked for another publisher.  I sent off my work and still had little confidence.  All the battering I had over my writing still hurt.  Eternal Press took “My Angel, My Light As Darkness Falls.”  Then I waited for reviews.  I chewed my nails and pulled my hair.

The first review I got was not that great but wasn’t really bad.  I thought well there you are.  You aren’t that good but then I got seven more reviews and they were all great.  The first great review by Marilyn Rondeau made me cry. I was so happy.  I ate up each word and knew that I should never let anyone keep me from my dream.  Her review made my call real.  It became real to me.  I had two publishers and four books published but it wasn’t real until that review.  It made an old woman’s heart sing.  I now have another book coming out November 1, 2012. It is called “Angel in My Heart, Devil in My Soul.”

I am writing the third in my angel series, “Morovani, The Guardian Angel”. I also have a novel almost finished called, “The Crazies”. It’s a little bit of a clean satire on “Fifty Shades of Gray.” I am afraid I have stories coming out of my ears but it’s still a scary time because these stories need to sell so I am told.  I only know that when Marilyn said my stories were worth something I believed her.  I came out to play, and I have been earnestly playing ever since.  I love it.  Writing is so much fun but you do need verification.  Marilyn was my verification.  I want to thank her again for my review that made my call official.

***
Linda D. Hays-Gibbs was born in Mississippi and lives in Alabama. She went back to school late in life, graduated with a BA in Anthropology from University of Alabama.  Reading is like nectar from the Gods to Linda and writing is just plain fun. Her great, great grandfather is Daniel Boone and she found that out by researching her family herself.
Her fourth book, “My Angel, My Light As Darkness Falls” really meant more to her because she worked on it for such a long time and because Linda was determined to make her writing much better than it had been.  Kim Richards and Sally Odgers from Eternal Press are inspirations for her. Barbara Metzger, one of her favorite authors gave Linda encouragement too.  Linda loves writing and hopes to continue to do it for the rest of her life along with anything she can do for her God and children.

Blurb for Angel in My Heart, Devil in My Soul: He was a killer, a merciless, emotionless, machine for death.  She was and angel of love and hope and the woman of his dreams.  She could not be around evil, it would kill her and he was all that was evil and foul.  How could she dream of a man like that?
When he held her in his arms and kissed her she felt her heart stutter and start and moaned when her dream dissipated into the night air.  He caressed boneless pillows of angel dust and silently cried when he awoke.  How could he live without her?