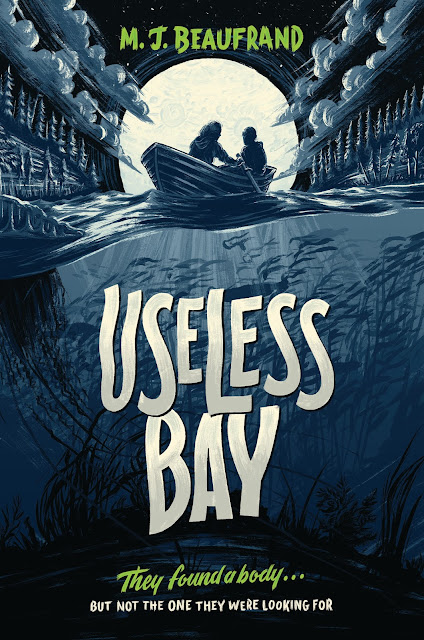 A gritty, psychological thriller about a mythic set of sixteen-year-old quintuplets searching for a young boy.

On Whidbey Island, the Gray quintuplets are the stuff of legend. Pixie and her brothers have always been bigger and blonder than their neighbors, as if they were birthed from the island itself. Together, they serve as an unofficial search-and-rescue team for the island, saving tourists and locals alike from the forces of wind and sea. But, when a young boy goes missing, the mysteries start to pile up. While searching for him, they find his mother’s dead body instead—and realize that something sinister is in their midst. Edgar-nominated author M. J. Beaufrand has crafted another atmospheric thriller with a touch of magical realism that fans of mystery and true crime will devour.

Chapter 1
Pixie
Our dog learned obedience from a murdered man.
Before he was murdered, of course. I suppose it could’ve been after, which would explain why the training didn’t take. Crystal ball, dark room, round table, woman with a turban . . . Hal Liston, if you’re with us, thump twice if you think Patience is a bad, bad dog.
But the facts are weird enough without dragging mediums into it. As it happened, he taught her while he was still breathing.
Hal Liston was a dog whisperer to Seattle stars. He trained the pit bulls of Mariners, the Rottweilers and German shepherds of coffee magnates, and even a Great Dane owned by that retired movie star who always played Reluctant Stoner Hero of the Seventies.
Not that we knew any of this before we sent Patience to Liston Kennels. All we knew was that, on the sly, my brother Sammy had sent $1,600 to a breeder in Alabama and bought a bloodhound, sight unseen. It cleared out his college savings. He was only ten years old at the time (we all were), so you have to give him tactical points for scamming the banks on his own. The idea that he could hide the dog from Mom, who frequently said, “No pets. I have a hard enough time dealing with five children.”
Not so smart.
He said he ordered the dog because he had the wacky idea that he wanted to be involved in search-and-rescue, even though he couldn’t ski or rock-climb or operate a helicopter. Kind of a romantic, our Sammy. Not a big thinker-througher.
When the dog arrived in a crate, deposited on our doorstep by the FedEx guy, Mom threw a hissy fit. “Tell me you got this beast from the pound,” she said.
“Yes,” Sammy said. “Yes, I did. I still have a savings account.”
Which, of course, meant that he didn’t. The rest of us knew a storm was brewing, so we got the hell out of the house. My other three brothers—Dean and Lawford and Frank—and I hopped on our bikes and pedaled off toward Langley, which was four miles away.
We were halfway there when I considered the quivering ball of fur still cowering in a crate on our front porch.
I said, “What are we going to do about that stupid mutt?”
There were five of us, all born two minutes apart. Even at ten years old, our personalities were set. Dean, the oldest, was our leader. Captain on and off the basketball court. Lawford, the second oldest, was the enforcer. When Dean issued a command, Lawford was at his right shoulder, spoiling for a takedown. He practiced on us all the time. Third in the lineup was Sammy, the prankster and believer in improbable causes like overbred puppies. He was the kid you always see riding his bicycle off the roof into a pile of grass clippings. And when the schemes invariably led to bloodshed and broken bones, Frank, the fourth of us, was always there to sew him up and set him straight. Don’t get me wrong—we were all graduates of Red Cross Senior Lifesaving, but Frank was the one who thought open head wounds were “neat.” He got plenty of practice on Sammy.


I was the youngest. I was just the Girl. My only talent, as far as I knew, was keeping up with my four brothers, and on that day, remembering lost causes. 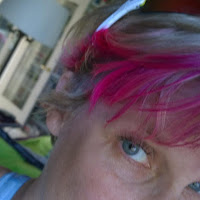 Mary Jane grew up in Gresham, Oregon. She’s a graduate of Wellesley College and has an MFA from the Bennington Writing Program. Currently she lives in Seattle with her husband, two children, and dogs. In the eighties she had a bad perm.
Website |Blog | Twitter | Facebook | Pinterest | Goodreads

Giveaway Details:
3 winners will receive a finished copy of USELESS BAY. US Only.