Guest Post from Sandi Ward on Creating an Unconventional Narrator

Choosing a point of view (POV) for your novel may come naturally to you, rather than being a conscious choice. I imagine most authors simply start thinking of a story either from inside a character’s head (“I started to shake as the vampire opened his eyes…”), or they see it from outside (“The vampire’s eyes clicked open, and Jeremy shuddered”). A story organically grows from this key decision, which must be one of the very first choices a writer makes as a story idea unfolds.

I always write from a first person point of view, because I like to get very close with my protagonist. I need to know everything about the character—her thoughts, feelings, background, friends and family—in order to have her tell a compelling story. First person allows me to totally inhabit a character. It’s an intimate form of story-telling, one where you are getting a specific viewpoint.

Once you’ve decided on first person, it’s important to think about voice. Rather than being omniscient, a first-person narrative demands an opinionated point of view and a unique way of thinking. Your character’s background and experiences means that she will make judgments and choices that reflect her own POV, not that of the author. Her family, ethnicity, socioeconomic status, education and other factors influence who she is.

Sometimes, an author takes a leap and sees the world from inside the head of a character you might not expect to tell such a tale, with fantastic results. For example, the classic The Boy in the Striped Pajamas tells a story of the Holocaust—from the point of view of a young boy in a Nazi family. The reader only slowly learns the truth of what’s happening in the story, and the reader has a better understanding of the big picture than the young boy ever does. It’s a truly unique read.

Another example is The Curious Incident of Dog in the Night-time by Mark Haddon. This story is told from the POV of an autistic teenager who wants to solve a mystery: who murdered his neighbor’s dog? As a reader, we marvel at the main character’s observations and quirks (including numbering the chapters with only prime numbers), chuckle empathetically at his misunderstandings (although we are able to see what he missed), and ultimately feel his pain at the changes going on in his life.

As a last example, in my debut novel, The Astonishing Thing, I present a story about a troubled family from the point of view of the family cat. Our pets are witnesses to our private moments; they hear our confessions and are the keepers of our secrets. My protagonist, Boo, doesn’t understand everything going on in her family. Like a smart little girl, she isn’t completely familiar with concepts like mental illness and divorce. But she wants her family to be happy and safe, and provides a unique way of looking at the world.

Sometimes an author goes a step further and tells a story using an unreliable narrator; examples include the hit novels The Girl on the Train by Paula Hawkins and Gone Girl by Gillian Flynn. Especially in a murder mystery, you can create fantastic twists and turns if narrators lie, omit information, or can’t remember events due to alcoholic blackouts. It can make for a thrilling reader experience.

One disadvantage of using first person is that you can never leave that character’s head. The main character can only guess at what others are thinking—but sometimes that can lead to interesting misunderstandings or assumptions, creating further drama. So you may be able to turn that disadvantage into an effective narrative device.

Using an unconventional narrator can be a great way to experiment, get creative, and pull more drama out of a traditional story. Have fun with it and happy writing! 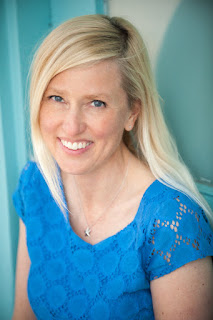 Sandi Ward grew up in Manchester-By-The-Sea, Massachusetts. She went to Tufts University, and then received her MA in Creative Writing at New York University.  She now lives on the Jersey Shore with her husband, teenagers, dog and a large black cat named Winnie. Sandi is a medical writer at an advertising agency. The Astonishing Thing is her debut novel. 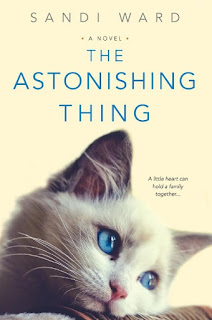 www.sandiwardbooks.com
Twitter/Instagram @sandiwardbooks
Facebook https://www.facebook.com/sandiwardbooks/
Pre-order THE ASTONISHING THING, the story of a troubled family seen through the eyes of their cat, on Amazon: http://amzn.to/2mK6KoS