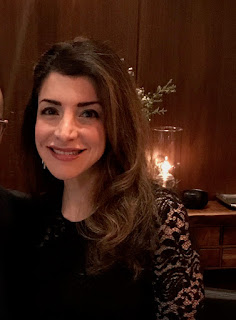 Tessa is a recovering finance nerd and the professional wrangler of one short, human-like creature known as "the child". She has a couple of fancy degrees (Harvard, Stanford) which really just translates to "I am smaaahhht" and "I can handle things!!!" As you may guess from this quote, Godfather II is her favorite movie. In books and art, she's drawn to the tragic, the sad, the honest and the heartbreaking, because she believes that Crying Feels Good (TM). She writes woman-centric thrillers that feature strong, smart female protagonists who have their feet on the ground and their eyes on the prize.

Currently, Tessa can be found online at @tessa_pacelli 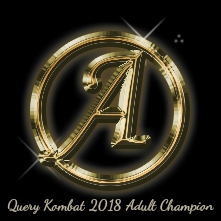 Marybeth thinks the past is forever behind her until the morning she turns on the news — and discovers that her son is alive. Alive, and the focus of a furious FBI manhunt, along with Valentina’s ex-husband, fugitive mob boss Vincent "Nine Lives" Nacosto.

Valentina couldn't save her son from violence seventeen years ago. But she can now. And she will. She’ll get to him before the FBI does. She’ll be his way out—and she will risk her new family, her new life, her new peace to do it.

BABYFACE is told in both past and present timelines as Marybeth/Valentina comes to terms with who she was, who she is, and who she needs to be for both her families. Complete at 89,000 words, BABYFACE evokes a female John Wick crossed with the emotional conflict of A History of Violence. It will appeal to fans of Alafair Burke’s The Wife, Riley Sager’s Final Girls, and Jessica Knoll’s Luckiest Girl Alive.

I have the Minnesota winter to blame for what I did today, and for everything I know I will do tomorrow.

The kids and I got home at 3:30 from pickup. My fingers were numb. The heater in the minivan doesn’t work well, not in this kind of cold, and I forgot my gloves. It’s month two of my maternity leave and I guess I don’t have it together yet. Caroline was nagging me for Doc McStuffins the entire ride and Jacob was screaming his little head off. I knew he was hungry. I knew because my breasts felt like overfilled water balloons about to burst. But Jacob doesn’t latch; I have to pump. My stomach sank when I realized he was twenty minutes away from his meal.

Five tortured miles later, we made it home. I dragged the car seat into the living room. “Give mommy a second," I begged. No luck. He screamed louder as Caroline tugged on my hand. Doc McStuffins. Right. Maybe it would entertain Jacob, too. I jabbed at the remote, my fingers blue and slow from cold. The TV jumped to life and I pressed the numbers. 3-1-3, Disney Junior. Jacob was still screaming when I headed to the foyer to retrieve the pacifier and pump, wincing as my fingers came back to life in potent little stabs. If he hadn’t been crying, if I hadn’t been in pain, I would have noticed. I would have seen. I would have understood that I had the wrong channel.

I would have changed it.
Posted by Michelle 4 Laughs at 11:58 AM