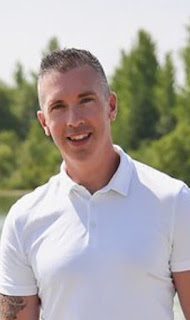 Ryan Black
Ryan James Black is a husband, dad and writer from the flattest
part of Manitoba, Canada. Ryan has been obsessed with writing and art
from a young age, and commends his family for constantly encouraging him
to persue his dreams. When Ryan isn't writing Middle Grade adventures,
he can be found exploring the wilds around his house or tending to his
pampered chickens. You can track Ryan's writing journey on Twitter
@ryanjamesblack. 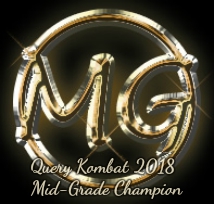 
Twelve-year-old Ollie Bancroft is a kid genius and engineering prodigy, but in his sleepy coastal town of Deadmen, Newfoundland, people couldn’t care less. Ollie is a Bancroft after all, descendant of William Bancroft: the man who killed the infamous pirate Black Bart and ended his reign of terror. No matter what Ollie does he can’t escape the legendary pirate connection, and to make things worse, he’s the only one in Deadmen who doesn’t believe it. As far as Ollie’s concerned, the legend is nothing more than a fairy tale to attract tourists to a dying town.

When Ollie stumbles upon a supposedly cursed compass with the power to bring Black Bart back to life, he sees his opportunity to finally stop all the pirate nonsense once and for all. Like a serious scientist he conducts an experiment to prove the curse is bogus, only to prove that the curse is very real. Black Bart and his crew of rotten goons return from the dead — just in time to spoil the town’s annual pirate festival — hungry to wreak revenge upon Deadmen, especially anyone unlucky enough to be named Bancroft.

With the help of his best friend Emma, his sea dog grandpa, and his reluctant mom, Ollie must use his wits and considerable knowledge of booby-traps to thwart Black Bart before he resurrects his entire pirate army and plunders the seven seas.

OLLIE BANCROFT AND THE UNDEAD PIRATE PROBLEM is a MG novel complete at 48,000 words. It is fast-paced and jam-packed with adventure, combining S.T.E.M elements with actual history into fantastical, spooky fiction.

Ollie’s shoulders slumped. He scuffed his boot against the glossy, convention center floor. “Yeah,” he sighed.

“This, Ollie,” Emma said, patting him on the back. “Stuff just like this.”

A girl stood before them, crying so hard a snot bubble inflated unnoticed from her right nostril. Just behind her loomed her science project, a bright diorama covered with glitter, out-of-focus poodle photographs, and the title: ‘RUFFLES: EVERYDAY POODLE, OR MUSICAL PRODIGY?’

Moments earlier, the girl had enthusiastically given Ollie and Emma a sneak-peak at her presentation. She hadn’t even been a minute through before Ollie criticized it in a dozen ways, causing her freckled face to burst like a ruptured dam.

“I’m sorry,” Ollie pled with the girl. “I’m really sorry, okay?” He awkwardly put out his hand and patted the air above her shoulder. “I could be wrong. I’m probably wrong. Maybe it is a real science project? Maybe … your dog barking along to boy band songs is science, after all?”

With a whimper, the girl wiped her eyes and stopped crying. Her snot bubble burst.

“Of course,” Ollie said more to himself than to her, “a person’s musical taste doesn’t really factor in the scientific method, so I don’t see why Ruffles, would matter to any —“

“Ollie!” Emma said, smacking him on the arm.

Beneath the table, Ruffles -- easily identifiable by the sparkly letters on his nametag – growled ferociously behind the bars of a pink kennel.