Getting the Call: Hope Gillette

Here's the story of a new friend of mine who has been very generous with her time. Hope's first book will be releasing in August. She also writes YA fantasy and has been practicing and perfecting her craft since childhood. I wish her all the best on her upcoming book and invite her back for a release party. 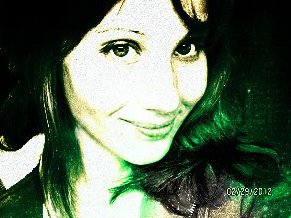 I was ten when I first summoned the nerve to showcase my writing to the public. At that time, “the public” consisted of the three younger girls sitting near me at the back of the school bus. With more than an hour ride to and from school, I had taken to writing in a notebook, and one day my constant scribbling was met with curiosity by my peers.


While I was initially reluctant to read them my stories of mystical places, otherworldly beings and strong heroines, I found myself reading almost daily on the bus and running up the hill to my house to finish the next chapter for the following day.
That love of writing and the thrill of enthralling an audience kept me typing through my entire school career and into my professional life. It is a steady flow of creativity that never stops—even now that I have signed a contract for my debut novel, Journey Through Travelers’ Tower.

I wrote J3T, as I call it, to prove I could write something outside of the cookie-cutter fantasy genre. While I will always harbor a deep love of elves, dwarves, dragons, wizards, and princesses, I knew if I wanted to break into the young adult market I was going to need something unique.
During an evening thunderstorm, a story about the childhood fear of monsters evolved into a multi-dimensional world unknowingly entering a struggle between good and evil. Into this world were born Quin and Klass, two orphaned sisters with a latent ability to Read. This talent sees them through separation, battles, torture, enslavement, love, and the final triumph and union of their world.
Satisfied with the story line and the characters, I completed the manuscript in a record number of months, sent it to an editor, and polished the final copy to be sent for review.
I don’t remember getting the call from my publishing company as much as I remember receiving an email stating they enjoyed my novel and wanted to offer me a contract. I had queried publishers directly, having received advice from fellow authors to avoid the hassle of agents if at all possible. (This is something I recommend new authors research. I make no recommendation either way.)
Leery of skipping the middle man process, I queried a small sampling of publishers and was pleasantly surprised to receive interest back from the majority of them. Due to certain exclusive review policies, I selected the presses which seemed most reputable and those without a listing on Preditors and Editors!
Among those was Divertir Publishing, a small press out of New Hampshire. While the company was still growing and relatively new in the commercial world, a wonderful mention of them in Writers Digest clenched my decision to submit sample chapters.
After a refreshingly short review time, I received an email offering to publish my novel. For someone who had been writing for decades, I was speechless from the knowledge my story would one day be available to the masses. I read the contract thoroughly and then had it reviewed professionally. Content none of the provisions seemed a cause for concern, I signed on the bottom line and opened the door to professional writing.
You might think that’s where the story ends, and for many people the journey does conclude with a publisher taking over the reins on a project. For me, however, because I was an unknown author starting with a small press, I knew I had my work cut out for me.
I immediately started posting my short stories in online forums to generate a following. I submitted my writing to contests and online magazines. After placing in the top 100 in a national Writers Digest competition, I found that little slice of credibility opened up many more doors. I was able to get my work published in international circles, and as I became more confident in my writing, I was able to eventually quit my veterinary job and become a freelancer writer.
Now, as a writer for national and international companies, my name is no longer that of an obscure author, but of a woman who has a complete professional and creative writing resume.
As for my YA novel, its debut is still a dream come true for me, but I have learned to express my love of writing in so many other ways along this journey. Getting the Call changed my life unquestionably; it has touched every aspect of my personal and professional life, and I look forward to the challenges and accomplishments that are sure to come.
Find Hope at her website.
Posted by Michelle 4 Laughs at 3:52 PM