Getting the Call: Robert Lewis

This story gave me chills, though I can't believe he did it without beta readers. There's talent! I'm glad to welcome Robert Lewis--our first male guest Yay!-- as he shares his story. I also met Robert through Agent Query Connect. (The place to be if you write, people. Go there.) You know him there as ThrownBones. His novel, Untold Damage, releases April of 2013. I  hope he'll come back for a release party. 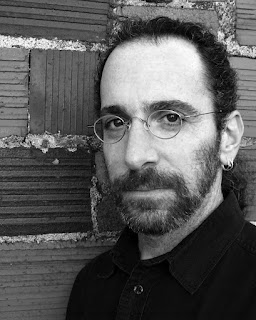 It’s actually really funny, because after over a decade of working towards getting an agent, I never really got “The Call”. I got “The Email”. My wife got “The Call”, as it came to our home in the middle of the day while I was at work. She happened to be home because she was recouping from rotator cuff surgery.
Let me give you a little bit of history before I continue…
Previous to the thriller that landed me my fabulous agent, Barbara Poelle, I had written an urban fantasy novel. I’d shopped it EVERYWHERE I possibly could. I literally queried like two hundred and fifty agents. Yes, you read that correctly. Only received a few requests for partials, maybe one full. All for nothing.
About halfway through those agents, I realized I would need another book.
One day I was sitting at my desk wondering what that book would be. On the corkboard I have above my desk were two pieces of writing. One was a short story I’d placed in an online literary journal. This story was about a junkie shooting up in a confessional and it was called Needle Priest. It was my personal favorite. The other was a bit of flash fiction from the POV of a child killer as he fed his latest victim before killing her. That one was called Little Visitor. It was up there because it was THE ONLY piece of writing that I’d ever done that my wife felt had that magic “something”. I was literally sitting there looking from one to the other… junkie… child killer… junkie… child killer… junkie GOES AFTER A CHILD KILLER!
But how can I make that happen, right?
Because he was an ex-cop.
And so Mark Mallen was born. Out of sheer desperation. After that, the book came pretty quickly. I never showed the book to anyone, really. No one ever read the drafts. I workshopped the opening chapter one time. Other than that, the only people to ever read the novel were the agents who had requested partials or fulls. And no, I do NOT recommend you do it that way. I felt I could do it because by that time I’d been writing long enough (over ten years) to feel confident enough in my inner critic. And also? Honestly? I felt in my gut that THIS one was going to be “The One”, the book that got me an agent.
Anyway, once I was done, I went over to one of the greatest websites around for writers, Agent Query. The agent database on that site was invaluable to me. I worked like a dog on the query, and even took the plunge and used an outside editor to look it over and help me with it. I ended up using The Editorial Department. They were fantastic. It wasn’t cheap, but I really wanted to get this one right. 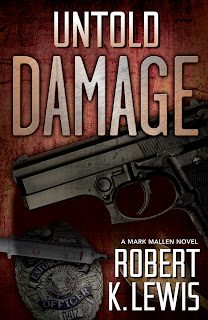 I started sending out queries in January 2009. I sent Barbara an email query on February 28th, along with a partial of the first thirty pages. Barbara was on my “A” list because when I was researching her, I found a LOT that I loved. She didn’t mind turning a “maybe” into a “yes” and this worked for me as I felt that if I didn’t have a “yes” of a book on my hands, I sure as shit had a “maybe”. I also read that she had told one prospective client that she would get into a monkey knife fight to represent that client’s book. How could you NOT love her, right?
By this point, mid-March or so, I had a handful of fulls out. I nudged Barbara via email on April 30th, using the original email so if she needed to, she could reference back to our conversation easily. And by nudge, I mean politely nudge. These are very busy people, with a stable of clients, a barn-full of manuscripts, and a warehouse of queries to read. I gave her eight weeks or so, then nudged. She emailed back that very day, thanking me for nudging her and at that time requested the full. I sent it off, feeling like this was going to maybe be good.
May 15th , the day it happened, was graduation day in the college department where I work. It’s literally the busiest day of the year, hands down. I was running around like a mad dog. Got a chance to check email once. I think it was sometime in the early afternoon. There was an email from Barbara, saying she’d just called her husband to cancel their dinner plans as she was loving the hell outta the book and that she would call me when she was done. Well, you can imagine how THAT made me feel, right? I gave her a very enthusiastic, though professional, response telling her that I was happy to hear she was enjoying the book, and that I was looking forward to chatting. About an hour later, as I was exiting the building to where I work to set up the champagne and food for the graduating students and their parents, my cell rings. It’s home calling. I answer, thinking that my wife needs me to pick up something on the way home to help alleviate the agony she was enduring after her operation.
“Hey,” I said.
“You have an agent,” she replied.
And you know what? I almost cried, right then and there. Seriously. I mean… I’d been looking for an agent for well over thirteen years if you add in the years I’d spent writing screenplays. I’d been writing six days a week, on average forty-nine weeks a year in all that time.
Yes, I had to fight back the tears.
My wife then told me that Barbara had chatted her up a bit, and that I should check my email, which I immediately did. And there was “The Email”. I now have that email pinned to the corkboard over my desk, and have ever since that day.
That was May, 2009. It took us another 2.5 years until I got my two-book deal. And the book that landed me my agent wasn’t even the book that sold! I had to write two MORE books before we got to one that did it. One thing to always remember: a really good agent believes in you and your talent, not just the book. They want to help build your career.
One last thing: you have to play the long game here. Just assume it’s going to take a long time. That way if it doesn’t, then cool beans and you’re happily surprised. And if it does take a long time? Well, then you’ve already been prepared for that eventuality.
My story is, if anything, a really a good example of never giving up, never giving in. And if it can happen for me, a guy who was dyslexic as a child and dropped out of high school mid-way through his second year, it can happen for anyone.
Happy writing!
Robert Lewis is represented by Barbara Poelle of the Irene Goodman Agency. The first novel of his Mark Mallen series, titled Untold Damage, arrives 04.08.13 via Midnight Ink.
Posted by Michelle 4 Laughs at 11:39 AM