This is a lesson that seems so simple and, yet, is so deep. It's in keeping with the writer. I've twisted the arm of the most mysterious and elusive of my writer friends (And maybe applied a little guilt. Sorry, I learned it from my mom.) to get this post. Actually I really want to thank Sean for taking the time when I know he is extremely busy at the moment. 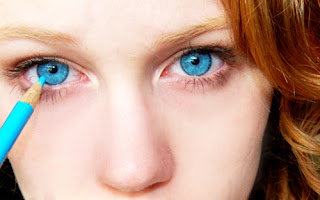 Lessons Learned
On a cold, dark morning in the winter of my forty-fourth year, I faced the realization that I had lost all faith in the absence of God.

I hadn’t found God exactly — but rather I thought of a question that I’d never had the words to ask before. I’d always understood the universe in a way that let it operate quite efficiently without the need for a divine creator, but it occurred to me in a moment of frightening lucidity: it didn’t then automatically follow that there wasn’t one. In trying to discover what was, I’d ignored the awesome playfulness of what could be.

Then the strangest thing happened. The spigot from which my stories had once flowed, stopped-up since the waning days of my youth, suddenly burst open. After a twenty-year hiatus, I wanted to write fiction again. I needed to. And with the benefit of two extra decades of knowledge, experience, and wrinkles, writing a new novel would be easier than the fitful thrashings of my teens and twenties. And it was! In a seven-month rush of pent-up ideas, I wrote nearly half a million words, which I rived in fifteen editing passes to the one hundred thousand that still remain as the completed manuscript for Cipher.

But the process was still too fractious and inefficient for me, filled with too much wandering and blind alleys. I was determined to make the next book more of a march than a fandango, perfect the technique of Writing The Novel. When I started sketching the plot for , I resolved to use the lessons I learned writing Cipher as a springboard for crafting a tighter, denser work in less time. I set a goal of five months for completion, with the initial zero draft allocated forty days (corresponding to Lent).

The zero draft went as planned. Using my detailed outline as a guide, I made my 2500 word-per-day goals time and again, and even when I’d find a day swallowed by research, my output on the following day would easily keep me on track to finish. By Easter of 2012, I had 99,822 words on paper. I figured after a trip to the Easter vigil mass (to get Baptized, Confirmed and receive First Communion after having completed the year-long preparation program required to enter the Catholic Church), I’d have a quick three months of edits and be ready to query.

Yet this Lessons Learned is written a year later, during the last weeks of Lent in 2013, as I still edit and polish and make changes to . I don’t know if it’s because this novel is much more challenging structurally than Cipher, if my evolving standards and expectations for my writing have outpaced my abilities, or if the distraction of querying and tinkering with Cipher revisions concurrently is hindering me, but the net result is that my “five month novel” is likely to be a “fifteen month novel” — if I’m lucky.

Fifteen months was lucky for me in 1990. It had been that long since the birth of our first child when my wife told me she was pregnant with our second. I recall one of the eye-opening things about being a second-time parent: how surprised my wife and I were to discover that nearly every hard-won lesson we learned with our every-so-difficult firstborn son was barely useful with our new daughter. She didn’t merely arrive from the factory equipped with a different option package, she was at a right angle to everything we had learned to expect. We had to discover a new way to be the parents she needed us to be. Fortunately, thusly experienced with both types of child, we were well-prepared for our third. Until she arrived as a little human being somehow perpendicular to the axes occupied by her brother and sister. Suffice to say, three additional children later, we’re currently parenting in six-dimensional spacetime with the only common locus between our children’s personalities the zero-point origin centered on my wallet.

And it turns out novels are no different. Writing my fifth novel is as much a journey of discovery as was my first, three decades ago. The stories are alive, they’re unique, and — for me, at least — they can’t be stamped from a mold or contained by a process or predicted by a theory. They’ve got to find their own way, take a path as individual as the characters that populate them. That may mean a single forward motion or it may mean wandering in the desert for forty years. So being an author, like being a parent – like being a man – means valuing relationship more than result. Doing more listening than talking. Remaining open to serendipity, to foolishness, to moments of impossible absurd clarity. Following each path unafraid into the darkness — just to see where it leads.

And as it turns out, that’s a way to find yourself in a much more interesting place than you ever expected to visit.
Posted by Michelle 4 Laughs at 4:01 PM