Getting the Call with Wade Albert White

Success stories for MG writers continues this week. Congrats to Wade! He was our MG Grand Champion from Query Kombat last year and I couldn't be happier to share his story! I won't hold you up. Get to reading this hilarious story from Wade! 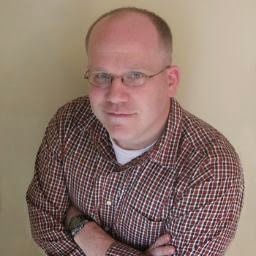 Once upon a time dinosaurs roamed the Earth. None of them wrote a novel for me, so I yet again found myself picking up their slack (don’t even get me started on the whole “a giant asteroid killed us and that’s why we can’t mow your lawn” excuse).

Although I made several attempts at writing a book over the years, and even sold a few short stories, it wasn’t until April of 2013 that I sat down to my computer with real purpose. That purpose was to defeat XCOM: Enemy Unknown. After finishing the game, I figured, hey, why not write a novel too. You know, since I was already sitting there.

About that same time, I came across a contest called “The Baker's Dozen Agent Auction,” run by the Authoress. The entry deadline was in November, over half a year away. I decided I was going to enter, because there’s nothing quite like setting a fire under your feet to make you type faster (SIDE NOTE: setting an actual fire under your feet does not make you type faster, but it does broaden your vocabulary considerably).

Long story slightly less long, I completed the novel (three drafts) and made the entry deadline (happy face). Even better, my entry was accepted into the contest (happy face with exclamation mark!). And on auction day it received multiple bids (exclamation point bonanza!!!).

Then all but one of the agents passed on it (sad face with ampersand). The one agent remained silent, so I began querying.

In May of 2014 I came across another contest called Query Kombat. By this time I had received several requests for the full manuscript, but since I had no idea whether or not they would lead to anything (and since that one MSFV agent was still running silent), I decided to enter. Much to my surprise, I got in, won the Middle Grade category (!), and walked away with several more requests for material (happy face again!).

Shortly after the contest I also received an email from an agency I had queried through regular channels. They really liked the writing and the overall premise, but felt the manuscript needed more work. After a very pleasant phone call and several pages of revise and resubmit notes, I set to work.

I sat in the glaring brilliance of my revision (until I adjusted the brightness level on my monitor because, wow, was it ever high).

I sent the revision off to the agency and also to two QK agents who had requested the full manuscript in the meantime. A week later I had an offer of representation (from one of the QK agents). A few days later I had three more offers (including the other QK agent, the silent MSFV agent who requested the revision once I informed her of its existence, and the agency that had issued the R&R).

Holy revisions, Batman, I was on fire!

At the risk of mixing both metaphors and comic book universes, my spider senses were definitely tingling (although I hear they have an ointment for that now).

This was the point where panic set in. Or nervousness. Or whatever. We set up phone calls. I may have rambled (= I definitely rambled). All of the agents were fantastic. More than fantastic. Each in their own way, and each with slightly different thoughts about how to proceed and what parts of the novel still needed tweaking, but I could easily envision myself working with any one of them.

So at this point I tried to figure out how I might be able to work with four agents at the same time. You’re allowed to do that, right? I mean, how could I possibly choose?

In the end though, for me it came down to this: everyone was super enthusiastic about the novel, but specifically about this revision. The revision that I had done based on notes. Notes I’d received from one of the four offering agencies. Revisions that had helped me take a book that was receiving interested but polite passes to one that was now in demand. All of the offers were tempting, no question, but in the end I just couldn’t pass on what in my mind had already proven itself to be a winning combination.

So in October of 2014 I officially signed with the Elizabeth Kaplan Literary Agency and couldn’t be happier (although the contract explicitly states that they won’t be mowing my lawn either *sigh*).

Wade hails from Nova Scotia, Canada, land of wild blueberries and Duck Tolling Retrievers. He teaches ancient Hebrew, dabbles in animation, and spends the rest of his time as a stay-at-home dad. It is also possible he has set a new record as the slowest 10K runner. Ever. He owns one pretend cat and one real one and they get along fabulously. He has been writing speculative fiction for over thirteen years and is now represented by Elizabeth Kaplan of the Elizabeth Kaplan Literary Agency.

If he could only bring three series to read on deserted island, it would be the three Hs: Harry Potter, Hellboy, and the Hitchhiker’s Guide to the Galaxy. Oh, and just for the record, Firefly should have had a seven season run. No question.