Getting the Submission Call with Brooke Johnson

Sometimes you just never know until you take that jump. I hope you enjoy this unusual submission story from Brooke Johnson! 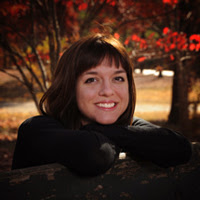 The way I ended up signing a contract with a major publisher is not the usual path most authors take. I didn’t have to deal with the agonizing stress of perfecting my pitch, querying agents or submitting to publishers and collecting rejections, hoping and praying that someone along the line was looking for that exact kind of story. It’s a process that can normally take months, even years.

And all I did was upload a manuscript.

Long story short, back in 2012, Harper Voyager, the SFF imprint of HarperCollins, held an open call for submissions. I uploaded my then self-published manuscript, and now, four years later, my third book has been traditionally published under their Impulse imprint.

To be honest, at the time of signing the contract (and even now, sometimes), I felt like I cheated, that by bypassing the headache of querying and submitting to publishers, that I didn’t really deserve to have a three-book deal with a major publisher. I’m slowly overcoming that, especially now that the books are out and garnering positive reviews. It proves that I wrote a good book—a good series—and that there was a little more than just pure luck that landed me the contract. But for a long time, I really doubted myself. Why did I deserve a contract when writers who worked harder and longer than me at querying and submitting hadn’t signed a contract with a publisher yet?

And the truth is… I was very very lucky.

When I submitted, I knew that the odds were against me, that hundreds (if not thousands) of authors would submit their manuscripts, that my book would be one in a sea of many. The chances of my book being chosen were beyond slim, but there was a chance. A simple what if that pushed me to submit despite the odds.

At worst, the publisher would pass me over, and I’d be no worse off than before. I would keep on trying to find my audience as a self-published author, seeking any other opportunities that might help me do that, whether it was with this book or another, an open call from another publisher, or a determined flurry of queries five years from now.

So I polished the various entry components to the best of my ability and made sure I followed the submission guidelines and double-checked and triple-checked that I hadn’t screwed anything up, and when submissions opened, I crossed my fingers, held my breath, and pressed submit.

The original plan was that Harper Voyager would notify the to-be-published authors by the end of the following January (the submissions window being in October), and so when I didn’t get an email by that date, I just assumed they passed on it, and I promptly forgot about it. I’ve entered contests before and never made it beyond the first stage. I never thought that the book would actually make it through the slush pile and that I would end up with a contract. It was just a hope. A what if. An opportunity.

I think if I had known the truth—that the publisher had received over 4500 submissions and that they were going to respond to every single one and that my book was still in the running for months and months and months—I think I would have literally lost my damn mind. But I never checked for updates. I never wondered who might have signed contracts because of the contest. I had other things to worry about, and it quickly slipped my mind.

Oddly enough, I’m thankful for that. I can’t imagine the sort of anxiety of knowing that my book was still under consideration as the remaining submissions dwindled. It would have occupied my every thought, all hours of the day, until finally, that fated email arrived a year and a half later…

It was a typically ordinary Tuesday afternoon in May (2014 by this point), when the email notification popped up on my tablet screen:

I was, for a moment, confused. I think I read the subject like five or six times in the breadth of a second before confirming that yes, it actually did say that, though I couldn’t for the life of me figure out why. I thought that maybe an email had gone astray and landed in my inbox by accident. Someone else named Brooke Johnson must have written a book titled The Clockwork Giant and given the publishers my email address by mistake, because no way would I get an offer from a major publisher for my already self-published novel.

And now, a little over two years later, I have three books published with Harper Voyager Impulse, with the promise of another contract with them in the future. My books are selling better that expected after a year of publication, and I’m now a few steps further along my career path to author stardom. Those doubts I had… they’re fading more and more every day. It’s amazing what can happen in just a few short years. 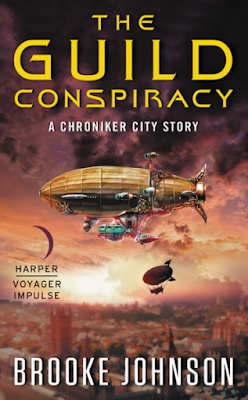 In the face of impossible odds, can one girl stem the tides of war?
It has been six months since clockwork engineer Petra Wade destroyed an automaton designed for battle, narrowly escaping with her life. But her troubles are far from over. Her partner on the project, Emmerich Goss, has been sent away to France, and his father, Julian, is still determined that a war machine will be built. Forced to create a new device, Petra subtly sabotages the design in the hopes of delaying the war, but sabotage like this isn’t just risky: it's treason. And with a soldier, Braith, assigned to watch her every move, it may not be long before Julian finds out what she’s done.
Now she just has to survive long enough to find another way to stop the war before her sabotage is discovered and she's sentenced to hang for crimes against the empire. But Julian's plans go far deeper than she ever realized ... war is on the horizon, and it will take everything Petra has to stop it in this fast-paced, thrilling sequel to The Brass Giant.


Brooke Johnson is a stay-at-home mom and tea-loving author. As the jack-of-all-trades bard of the family, she journeys through life with her husband, daughter, and dog. She currently resides in Northwest Arkansas but hopes one day to live somewhere a bit more mountainous.