Getting the Call with Rick Wheeler

Everyone's journey is different. I hope this one that started with Query Kombat 2016 will provide you with a dose of inspiration on a dark winter day. 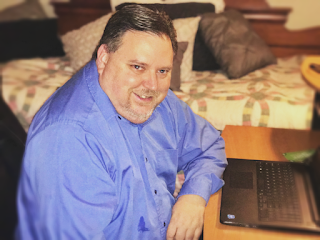 In February 2016, I watched a television show called My Strange Inheritance, where a man inherited letters between his deceased uncle’s mother and JFK. After her son, a navy seaman under JFK’s command during WWII, died during the attack on their PT boat, then Lieutenant John Kennedy wrote a letter of condolences. The woman wrote back and the two corresponded even after JFK became President of the United States. JFK helped the woman receive her Social Security payments at one point. I thought this would make a great novel, but I wrote middle grade fiction so I needed to alter the concept. It inspired me to write it from the prospective of a child whose father died in the war. The first draft was finished in two weeks and then I revised it to what I thought was query ready (boy was I wrong).

In May 2016, I entered my manuscript into Query Kombat and was thrilled when my manuscript appeared as a selected entry into the contest on May 26, 2016. I was on Laura’s team. In the first round, my query and first 250 words was pitted against an entry that dripped with voice. I lost the first round in a landslide. That was the end. So I thought.

A few days later, while out to lunch during my day job, I received an email from Laura asking if I would like to be a host save because one of her entries received an offer. I jumped at the chance. It meant I would be included in the agent round, but I would not be competing in any further rounds. The benefit of being the host save is that the agent requests would be available for me to see and respond to while the other rounds were still ongoing. I was blown away to receive 11 requests from Query Kombat, one of the requests being from Caitlen from LKG. That was it. I would surely get at least one agent offer from one of the 11 requests. So I thought. I was so wrong.

Over time, my requests came back as rejections. I entered my manuscript into Pitch Wars 2016, and was not picked, but two great things came out of it. First, one of the mentors, I knew from a Facebook group, agreed to be an unofficial mentor to me. Secondly, the mentor and her partner suggested that two other writers and I explore becoming critique partners. The three of us connected by email and hit it off. I was so lucky to gain two critique partners who wrote such beautiful prose; especially since my writing was more like cave drawings than their poetry. After working with the Pitch Wars mentor and my critique partners, I was ready to query again. I received a fair amount of full requests from agents, but they all passed. One agent who passed took the time to give me valuable feedback. I revised again, taking my manuscript from 34,000 words to over 50,000 words, adding prose chapters to my epistolary novel.

I was ready to query again. Still I received more full requests, which ended in rejections but I did receive an R&R from an agent. I revised again and sent it back. She liked the changes but I missed the mark so she gave me further feedback, which led me to revise yet again.

On October 31, 2017, I decided to query Lauren Galit from LKG Agency. Even though Caitlen from LKG Agency requested and passed on my manuscript from Query Kombat, I reasoned it was practically a completely different manuscript (which it was) and there was nothing saying they were a one and done agency—that you cannot query another agent from the same agency after a pass.

I watched the data explorer on Query Tracker for Lauren and noticed that she responded quickly when she requested more of a manuscript. A few queries that were sent after mine received full requests after just one day while the date of my query slipped further and further away. That was it; it had to be a pass. So I thought.

On November 29, 2017, Lauren requested the full manuscript, which I sent the same day. On December 14, 2017, I received an email from Lauren requesting a telephone call. I was thrilled. After all this time, this was it. So I thought.

On December 15, 2017, after a night with almost no sleep due to nerves, I took a call from Lauren. She said Caitlyn remembered my manuscript from when I submitted it during Query Kombat and noticed how much different it was. Lauren was such a pleasant person and had such great things to say about my manuscript but also pointed out its flaws. I agreed with all the changes that Lauren suggested. Her comments and advice were well thought out and resonated with me, so when she asked for an R&R for one chapter to see how I handled the revision, I jumped on the opportunity, hoping the R&R was not a slow no.

I worked over the weekend revising two chapters and writing a completely new scene that Lauren suggested. On December 18, 2017, I sent the revision to Lauren. On December 20, 2017, Lauren sent a second email saying she liked the revision and wanted to set up another call. This was it; it had to be an offer, right? Or so I thought. This time my thought was correct, because on December 21, 2017, I took my second call from Lauren and it was an offer of representation. Since it was close to the holidays, Lauren gave me two weeks to hear back from the three agents that still had my manuscript. On January 2, 2018, I emailed Lauren and accepted her offer.

It was a long, slow journey,  in which I tried to give up on my manuscript several times, but due to encouragement from my critique partners and constructive feedback from rejecting agents at just the right time, I did not give up and have a terrific agent as a result. I could not have done it without Laura, Michelle, and Michael from Query Kombat who started the journey with me and for all the help from friends along the way.


Rick Wheeler lives in Northern California in a multigenerational household. When he is not writing middle grade fiction, he works with at risk youth as a Deputy Probation Officer. He enjoys listening to classic rock, hanging out with his dog, and having tea parties with his granddaughters, not necessarily in that order.

Find Rick on Twitter at @ESWheeler1992
Posted by Michelle 4 Laughs at 8:00 AM