Getting the Call: Jennie Bates Bozic

Here's a dose of inspiration just in time for Thanksgiving. I'm sure this author is very thankful to be handled by a great agent. Welcome to the latest success story from another AQC regular, Jennie Bates Bozic. She has just recently got the call and is now on submission for her novel, Damselfly. Good luck and best wishes! 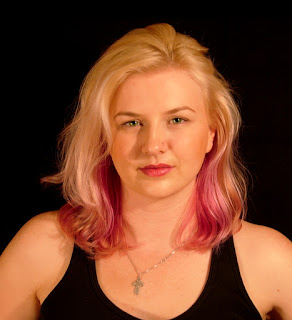 My “Getting the Call” story is different than most because, to those who don’t know my full story, it probably looks like everything worked out for me in record time.  But it’s true that every overnight success is ten years in the making.  In my case, it was eleven.

I began working on my first novel during my sophomore year of college in 2001.  I had no idea what I was doing, but I did know that the world coming together in my head wouldn’t let me go.  For the next nine years, I worked on it from time to time, but would give up in frustration.  I had no idea how to write a novel and I didn’t have the self-discipline to really go after my dream.  But I still wrote in pieces.  I jotted down pages worth of notes.  I shared my scraps with friends and their responses encouraged me to keep trying.  I bought lots of books on writing and storytelling and spent hours wandering around bookstores, trying to get inspired.

After dozens of false starts, I set that book aside and tried a different one.  That went a little more smoothly… until the hard drive of my computer died and I wasn’t able to retrieve my work.  It was gone forever and all I had left were the chapters I had emailed to friends.

Two years ago, I got married and my husband got fed up with me constantly complaining about how much I wanted to be a writer.  “Why don’t you actually write then instead of talking about it?”

I was mad at him for about an hour, and then the truth of his words sunk in.  So I started writing.  I went back to my first book and cranked out a rough draft.  I took a class in writing for children and young adults.  A year later, I had an extremely rough draft and a terrible query letter.

I really wanted to make sure everything was completely ready before I sent my first query letter, so I started revising.  As I chopped and sliced and rewrote, the sad realization that my writing reach exceeded my grasp settled down on me.  My skill still wasn’t at the level it needed to be.

I knew at that point that it would be all too easy to give in to frustration and self-pity.  I had worked SO hard, often getting in my daily thousand words even if I’d worked twelve hours that day, and it still wasn’t enough.  But feeling sorry for myself wasn’t going to get me any closer to my goal of being a professional author.

So I sat down and thought long and hard about the kind of story I could write next and I came up with Damselfly.  I wrote the query first and ran it by several people to see if it sounded appealing.  The feedback was encouraging, so I poured myself into writing that novel.  Seven months later, it was finished and I sent out my first queries.

To my great surprise, the first response I got from an agent was not a rejection – it was a full request.  Three weeks and two more full requests later, I woke up one morning and checked my email.  There was an email from one of the agents who was reading my novel.  My heart sank and I opened it.

And then I screamed.  My husband came running in from the other room, convinced I was dying because I am so NOT a screamer.  All I could do was babble incoherently and hold up the phone so he could read the email himself.

Steven Axelrod wanted me to call him at my convenience to discuss representation.

It took me a couple of hours to work up my courage, mostly because phone calls with anyone other than family and close friends make me incredibly nervous, which was why I had not included my phone number in my queries. He offered representation right away and then we spent some time discussing what that would mean.  I asked most of my questions, but in my nervousness I forgot about half of them.  Then I told him I would get back to him in about a week because I needed to let the other agents know.

And thus began the longest week of my life.  Eight days later, after an extended deadline due to Hurricane Sandy, I was thrilled to accept Steve’s offer.  I couldn’t be happier and I can’t imagine a better agent for my book and my career.

Hopefully I’ll be getting another call soon – this time with the news that my book has sold!

Bio: Jennie Bates Bozic’s first "book" was a short kid's story about a brother and a sister who are sent to Saturn as astronauts and meet an alien named Kleppy. Bestseller material there, I tell you! She has a BA in Religion and Philosophy from Hillsdale College and a diploma in 3D Animation in Visual Effects from Lost Boys Learning. She has spent the last four years creating visual effects for film and television. If you've watched shows such as The Walking Dead, Grey's Anatomy, The Event, Heroes or Greek, chances are that you've seen some of her work. She is married to a wonderful man that she met in the World of Warcraft and they live in Los Angeles with their two cats.