Getting the Call: E. B. Black


We are switching gears this week to hear from a writer that decided to go the self-publish route. It sounds like E. B. Black knows a thing or two about marketing and promoting. I'm sure her new book will go far. 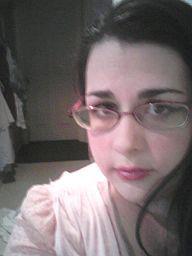 Most people don't know this about me, but years ago, I ran a general talk forum that was somewhat popular. My friends all tried to do the same and their forums died quickly. I expected that to be the case with me as well.

Instead, my forum lasted for two years, until I deleted it. It had hundreds of thousands of posts and hundreds of members. How did this happen? Because I advertised for my forum every day. I added content to it regularly and held contests on it. I was obsessed with it and got lucky finding the target audience for it.

When I decided that I wanted to be a writer, I began by writing every day. I dreamed that someday I'd be published and in every Barnes and Noble store, until I met several members on AQConnect. I was trying to write my first query letter and needed advice.

I heard about how many of them had self-published. I read their books and was impressed by the quality of them. I realized that although it's very unlikely that a self-published book will sell a lot of copies, it's no less unlikely than me getting a publishing contract and becoming a bestseller.

It reminded me a lot of running that forum and I was thankful for that experience. Advertising is very similar. People get just as annoyed with spamming links to your forum as they do with spamming links to your Amazon Buy page. I learned basic HTML and graphic design in order to keep the lay-out of my forum nice. Now, I use those things to create cover images and format my e-books.

Self-publishing is not for people who don't like doing everything themselves. It's a lot of hard work that doesn't always involve typing out stories. I find it relaxing, but not all writers will feel the same. Because everyone's path in life isn't identical.

Your heart and experiences will call you in the right direction. Follow it. 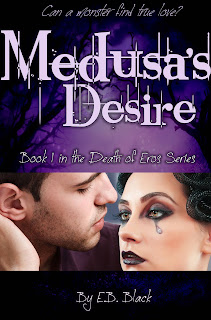 E.B. Black lives in SoCal with her family and two rottweilers. She daydreams about dressing up like a necromancer for Halloween and fantasy worlds she can throw her characters into.

Email ThisBlogThis!Share to TwitterShare to FacebookShare to Pinterest
Labels: Getting the Call, inspiration, self-publish, traveling poster