Getting the Call: Kathryn Meyer Griffith

Here is a reminder that success takes patience. Careers in writing do not blossom overnight. Thank you Kathryn for sharing your story and showing us that there are many levels of triumphs. The ones we yearn for in the beginning of our journey may not be the ultimate accomplishments we believe them to be. There is much more to come because it truly is an expedition into the unknown. 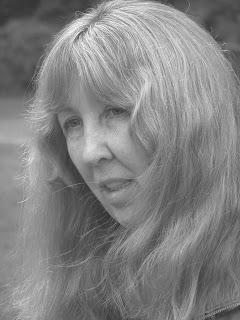 I started writing The Heart of the Rose after my only child, James, was born in late 1971. I was staying home with him, not working, and was bored out of my skin. I read a horrible historical romance one day and thought I can do better than that! 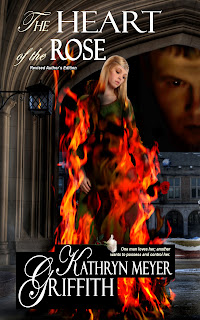 So I got out my old typewriter with the keys that stuck, my bottles of White-Out, carbon paper for copies, and started clicking away. I tentatively called the book King’s Witch because it was about a 15th century healer loved by Edward the Fourth who was falsely believed to be a witch. At the library (no computers or Internet back then) I did tedious research into that time in English history: the War of the Roses, the poverty and civil strife between the Red (Lancasters) and White Rose (Yorks); the Earl of Warwick and Edward the King.  His brother Richard the Third.  A real saga. Well, all that was big back then. I was way out of my league. Didn’t know what the heck I was doing. I just wrote. Reading that original version (a paperback released from Leisure books in 1985) now I have to laugh. It was pretty bad. All that archaic language I used (all the rage back in the 80’s). Yikes! But people, mainly women, loved it.

And so my writing career began. That was 40 years ago. It took me 12 years to get that first book published as I got sidetracked with a divorce, raising a son, and having to get a real job. Life, as it always seems to do, got in the way. The manuscript was tossed into a drawer and forgotten for a while.

Then one day years later I found it in my bottom drawer and decided to rewrite it; try to sell it. I bundled up the revised pile of printed copy pages, tucked it into an empty copy paper box and took it to the Post Office. Plastered it with stamps. I sent it everywhere The Writer’s Market of that year said I could. And waited. Months and months and months. In those days it could take up to a year or more to sell a novel, in between revising and rewriting to please any editor that would make a suggestion or comment. Snail mail took forever, too, and was expensive.

In the meantime, I wrote another book. Kind of a fictionalized look back at my childhood in a large (6 brothers and sisters) poor but loving family in the 1950’s and 60’s. I started sending that one out, as well. Then one day an editor suggested that since my writing had such a spooky feel to it anyway, why didn’t I just turn the book into a horror novel. Like Stephen King was doing. Ordinary people under supernatural circumstances. A book like that would really sell, she said.  Hmmm. Well, it was worth a try, so I added something scary in the woods in the main character’s childhood past that she had to return to and face in her adult life, using some of my childhood as hers. I retitled it Evil Stalks the Night and started sending it out. That editor was right, it sold quickly.

But right before it was to go to editing, the publisher, Towers Publishing…went bankrupt and was bought out by another publisher! The book was lost somewhere in the stacks of unedited slush in a company undergoing massive changes as the new publisher took over. I had a contract and didn’t know how to break it. Heaven knows, I couldn’t afford a lawyer. My life with a husband and son was one step above poverty at times. Back then I was so naïve. That was 1983 and that take-over publisher was Leisure Books.

As often as has happened to me over my writing career, though, fate seemed to step in and the Tower’s editor that had bought my book, before she left, told one of Leisure’s editors about it and asked her to try to save it. She believed in it that much. 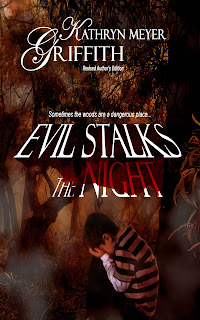 Out of the blue, in 1984, when I had completely given up on the book, Leisure Books sent me a letter offering to buy Evil Stalks the Night! Then, miracle of miracles, my new editor asked if I had any other ideas or books she could look at. I sent her The Heart of the Rose and Leisure Books promptly bought that one in 1985, as well; labeling it, and asking me to sex it up some, as an historical bodice-ripper (remember those…the sexy knockoffs of Rosemary Rogers and Kathleen Woodiwiss’s provocative novels?)!  It wasn’t a lot of money for either. A thousand dollar advance and only 4% royalties on the paperbacks. But back in those days the publishers had a bigger distribution and thousands and thousands of the paperbacks were printed, warehoused and sent to bookstores. So 4% of all those books did add up.

So my career began. I sold ten more novels and various short stories over the next 25 years –as I was working full time and living my life. Some did well (my Zebra and Leisure paperbacks) and some didn’t. Most of them, over the years, eventually went out of print.

And twenty-seven years later, when Kim Richards at Damnation Books contracted my 13th and 14th novels, BEFORE THE END: A Time of Demons and The Woman in Crimson, she asked if I’d like to rerelease (with new covers and rewritten, of course) my 7 out-of-print Leisure and Zebra paperbacks, including The Heart of the Rose – and I said a resounding yes!

Of course, I had to totally rewrite The Heart of the Rose for the resurrected edition because my writing when I was twenty-one was immature, unpolished and had been done on an electric typewriter, with lots of White-Out and carbon paper (I couldn’t afford copies), using snail mail; all of which didn’t lend itself to much rewriting. Then also in those days, editors told an author what to change and the writer only saw the manuscript once to final proof it.  I also totally rewrote the book because, as was the style in the 1980’s, the prose was written in that old-fashioned prose using thees and ayes. The dialect of 15th century England. There were sex scenes I had to tone down. It was awful. So I modernized the language, cut all the redundant adjectives and adverbs and helped the characters to grow up a little (they were so dramatic).  The Heart of the Rose-Revised Author’s Edition published by Eternal Press in November 2010 (http://www.eternalpress.biz/book.php?isbn=9781615722327 ), hopefully, then is a lot better book than it ever was in 1985. It should be…I have had thirty-nine more years of life and experiences to help make it a better book.  Author Kathryn Meyer Griffith

***
All Kathryn Meyer Griffith’s Books available at Amazon.com here: http://www.amazon.com/s/ref=nb_sb_noss_1?url=search-alias%3Dstripbooks&field-keywords=Kathryn+Meyer+Griffith
About Kathryn Meyer Griffith...
Since childhood I’ve always been an artist and worked as a graphic designer in the corporate world and for newspapers for twenty-three years before I quit to write full time. I began writing novels at 21, over forty years ago now, and have had sixteen (nine romantic horror, two romantic SF horror, one romantic suspense, one romantic time travel, one historical romance and two murder mysteries) previous novels, two novellas and twelve short stories published from Zebra Books, Leisure Books, Avalon Books, The Wild Rose Press, Damnation Books and Eternal Press.
I’ve been married to Russell for thirty-four years; have a son, James, and two grandchildren, Joshua and Caitlyn, and I live in a small quaint town in Illinois called Columbia, which is right across the JB Bridge from St. Louis, Mo. We have three quirky cats, ghost cat Sasha, live cats Cleo and Sasha (Too), and the five of us live happily in an old house in the heart of town. Though I’ve been an artist, and a folk singer in my youth with my brother Jim, writing has always been my greatest passion, my butterfly stage, and I’ll probably write stories until the day I die…or until my memory goes.