The day is finally here! This is a contest so you guys can let me know which cover you like the best. And yes, there is a prize, but more on that later. Your vote and opinion matter. I want to hear if you think anything needs tweaked or if you have a clear favorite. Put your pick in the comments. The cover with the most votes wins!
.
I want to say a special thanks to Ken Tupper at Divertir Publishing for really taking my wishes into account and suggesting this contest. He went out of his way to include Kindar’s sword in the cover and made the image match the description, right down to the blue tint of the blade. After all, a princess is nothing without her sword.

Here is a blurb about the story to help with your decision:

No one who survives eighteen years of choke lung lacks determination. A novice wizard, Maladonis Bin, approaches with a vision—a cure in a barren land of volcanic fumes. As choices go, a charming bootlicker that trips over his own feet isn’t the best option, but beggars can’t be choosers. Kindar escapes with Mal and several longtime attendants only to have her eyes opened that her country faces dark times.

Originally, the cover contest was supposed to be a choice of three different cover pictures, but one picture just stood out above the rest. After looking at literally hundreds of photos, one image just fit my story. The model was Kindar and it also fit the mood I wanted to create. Though I gave Ken five possibilities, he insisted we go with the picture I really loved, giving a few adjustments to the basic design.

So here are the choices in both large and small size:

1. The original cover art without changes. 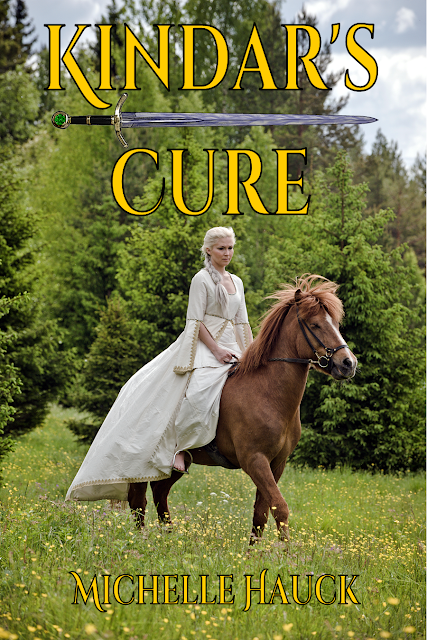 2. With Line Art outlining the picture to make the small version stand out more. 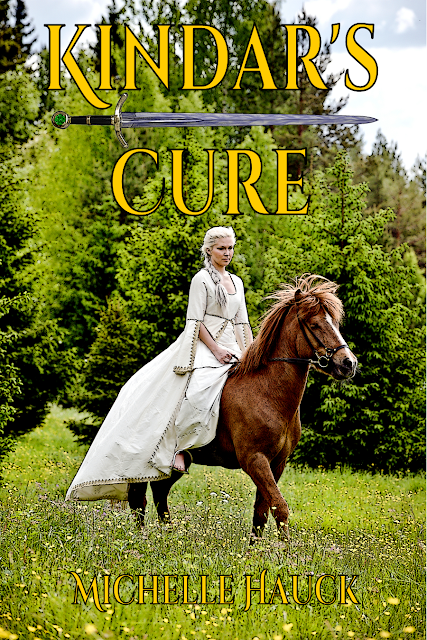 3. Green fringe to help the title stand out. 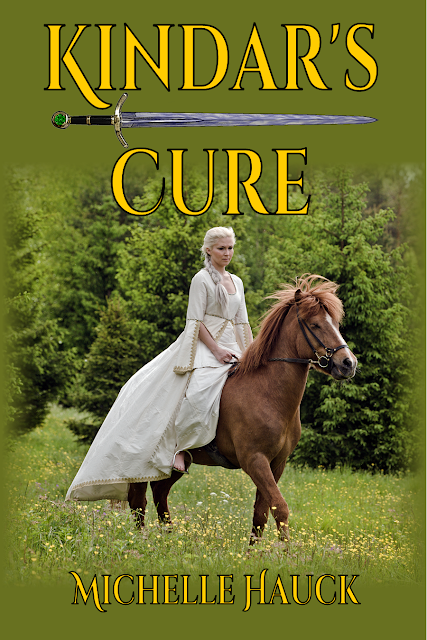 4. With white fringe for the same reason. 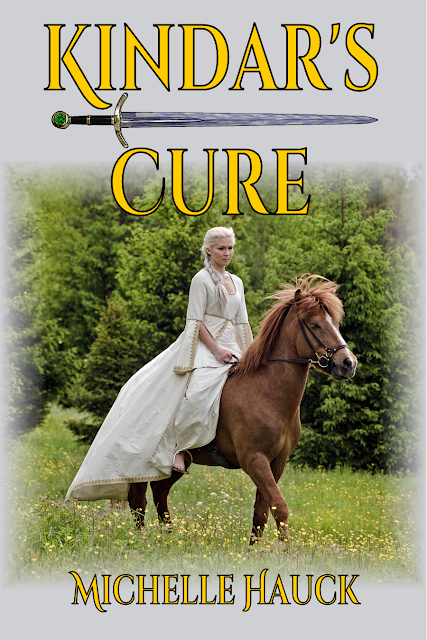 Now for the prize! I’ll mail an autographed copy of Kindar’s Cure to the winner. You must live in the US or Canada and leave a vote in the comments, plus your email address in the rafflecopter. The prize will arrive around May 1st or as soon as I get my hands on the first copies!

Good luck and thanks for stopping by!

a Rafflecopter giveaway
Posted by Michelle 4 Laughs at 1:20 PM