Here to relieve some of that endless worrying is a new series of posts called Query Questions. I'll ask the questions which prey on every writer's mind, and hopefully take some of the pain out of querying. These are questions that I've seen tossed around on twitter and writing sites like Agent Query Connect. They are the type of questions that you need answers for the real expert--agents!
If you have your own specific query question, please leave it in the comments and it might show up in future editions of Query Questions as I plan to rotate the questions.
A big thanks to Elena Giovinazzo of the Pippin Properties for her kindness in responding. (Totally off topic, but my dog's name is Pippin so I feel a kinship with this terrific agency.) 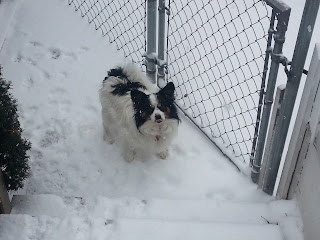 I hear publishing shuts down in August. Does that make it a bad time to query?

I wouldn't say that's true at all! I know plenty of people who will be working right on through the month, including me! And in fact, while it is true that things are a bit quieter, this actually leaves more reading, consideration time since there's not as much negotiation and contract reading happening.

Heck, no! Definitely reread your query for any major mistakes, but we're all guilty of grammatical, punctuation and silly typo errors. I know I am. What will cause me to shoot down an query is one that's clearly been thrown together without much forethought. And believe me, we get lots of those.


Do you look at sample pages without fail or only if the query is strong ?

Do crazy fonts caused by email gremlins make for an automatic rejection?

Nope! I understand how nasty those email gremlins can be. Keeping your query as simple as possible also helps with this problem. Highly formatted manuscripts might be best as an attachment, and you can explain that in your query letter.


Do you prefer a little personalized chit-chat in a query letter, or would you rather hear about the manuscript?

I think you have to use your best judgement here and play to your strengths  If you're good at the chit chat, go for it. If you think it might come off sounding awkward (which it often can) then don't bother. What're more important that a cute, friendly opening is showing that you're querying me for a reason, that you're familiar with who I am and what I do.


Does it matter whether the word count/genre information is first or last in a query?

Nope! A well written query will find its own rhythm and the placements of those bits of information aren't important. If you're a good writer, then as nerve-wracking as the query process may be, you should be able to pull together a decent letter.


Is a too high or too small word count a cause for rejection?

Nope! If it's on the lower side, as long as you've said what needed to be said then more power to you for being succinct  And there's nothing wrong with a 500 page novel, as long as every single one of those pages are needed to sufficiently tell the story.


Is there a bias against querying authors who have self-published other books?

In the case of someone who has previously self published, I don't know that I have a bias against them but I am often curious to hear why they decided to go that route. And there are plenty of totally reasonable explanations. So no, no bias.


SO many. It's been a busy morning for queries, but I'd say that just today (it's now 1:30pm) about 10 have come in so far. I'd say we average 50 to 75 a week and of those I probably request material on one, two at the very most. There are often weeks where I don't come across anything I feel inspired to request. But then all of a sudden I'll request three things in one day!


If you think a project has potential elsewhere, do you try to give some feedback?

I don't often provide directed editorial feedback in my rejections unless there's something that seems like an obvious or easily explained fix that I feel very strongly about.


Many agents say they don’t care if writers are active online. Could an active/known online presence by an author tip the scales in getting a request or offer?

It hasn't ever changed the landscape for me. It's fun to visit an author's blog that gives me a better insight into who they are as an author and person. I suppose I could be (though haven't been) turned off a blog in the same way, though. I think you just have to do what works for you. If you've got the voice and subject matter for a great blog, go for it. If not, then don't! I'll also say that I personally wouldn't look until I had started reading the material itself, because otherwise, it's a moot point.


What does ‘just didn’t connect enough’ mean to you?

It usually means just that. It just wasn't right for me. Maybe the plot was great but the characters were dull, or I just couldn't stand the voice, or one of the other millions of reasons a book just isn't right for this particular reader.


What themes are you sick of seeing?

The hottest guy in school who falls for the girl who doesn't realize she's beautiful. Yeah, right. Give me something interesting to work with, people!


What’s the strangest/funniest thing you’ve seen in a query?

The guy who queried our agency and told us that we had the "kindest looking eyes in all of publishing." Weird.


2. Middle grade that feels like it's going to tear my heart apart before it get's put back together.


What are some of your favorite movies or books to give us an idea of your tastes?

I'd love to acquire projects that left me feeling the way The Goonies does - like I can do anything! Or The Lion, the Witch, and the Wardrobe, as if magic is JUST around the corner, if only I can find the right corner.

Elena Giovinazzo joined the team in June of 2009. Having begun her publishing career in
subsidiary rights, moving on to children’s book marketing with a stint in audio, she realized that a position in agenting would enable her to continue to be involved in the many aspects of publishing about which she is so passionate from one place. She is thrilled to be pursuing her love of children’s literature and the industry from her seat at Pippin and especially enjoys the treasure hunt that is sorting through the daily query emails.
Posted by Michelle 4 Laughs at 8:58 AM