Getting the Call with Chris von Halle

I'm so happy to have Chris here as he was the Grand Champion from the very first Query Kombat that was three years ago! Take it away, Chris!


First of all, I want to say it’s such a huge honor to be on Michelle’s blog – thanks so much for having me, Michelle, and for all that you do for writers! 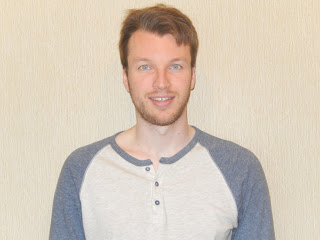 Anyway, my writing journey (in terms of writing seriously for publication) goes back pretty far—about eight years. It’s embarrassing to say this, but I wrote my first three books in a total vacuum. As in, I didn’t have any critique partners or beta readers, didn’t attend any writing classes/workshops, or read any how-to books on writing, etc. (you can guess how well querying agents/publishers went with those—yeah, not well). Eventually I found some well-known blogs online run by authors and serious writers (like Michelle Hauck’s esteemed blog), so I put some of my material up on them for critique. As you would’ve guessed, it got absolutely torn to shreds.

That’s when I decided to take my writing further and got an MFA in Writing Popular Fiction from Seton Hill University. I learned a TON from the mentors (published authors) and other fantastic writers/authors I met there.

By the end of the program I ended up with a professional-quality middle-grade science fiction novel, which I queried the heck out of (about 60 queries to literary agents). I ultimately wound up with only one partial request that didn’t go anywhere.

I wound up with a few requests off that from a couple agents and a small press, but, again, ultimately nothing panned out.

So I wrote a YA dystopian novel called The Fourth Generation, but as I was finishing it, I kept hearing everywhere on the web that agents and editors weren’t looking for dystopian novels, since it was such a highly saturated market. (Damn you, Veronica Roth and Suzanne Collins, daaaamn yooouu!!!). I still wrote a query letter for it, though (which Michelle herself critiqued for me via her excellent query letter service!), and sent out a handful of queries to agents.

But after hearing nothing but form rejections and crickets from those agents, I decided to shelve that book and wrote an adult humorous superhero novel. While I was researching agents and publishers to query for that book, I happened to randomly come upon Clean Reads (then Astraea Press), which said they were currently looking for YA dystopian. So what did I do? I thought, “Hey, that’s kind of cool,” and kept researching agents and publishers for my superhero book.

Just kidding—of course not! I sent The Fourth Generation to Clean Reads and that’s how I got my first contract. So the moral of the story? I think there are a few.

1. Perseverance is very important—keep plugging away and sending out your stuff because you just never know who’s going to say yes.

2. Don’t give up on a story just because it’s in a saturated market. If you love it and truly believe in it, then keep working on it and sending it out. There will be somebody out there who is looking for it or at least knows what to do with it.

3. So much of this business has to do with finding the right publisher/agent at the right time. So even if you get rejected (and for most us that will be A LOT, trust me), it does NOT mean that your book stinks or that God decided to give you the least amount of writing ability of all the writers he decided to create.

4. That being said, it can’t hurt to study up on the craft of writing fiction by reading how-to books, visiting and participating in writing blogs like Michelle’s here, getting your work critiqued by experts and critique partners, getting an MFA in fiction, etc.

5. Online writing contests like Michelle’s Query Kombat are fantastic opportunities to get your work in front of publishers and agents, but at the end of the day it’s what you learn from them about writing and the publishing industry (not to mention meeting and becoming friends with other serious writers in the process) that are the real values. Despite how well or not well you do in a contest, they are highly subjective by nature—just like querying—and at the end of the day you just never know when you’ll actually wind up landing that agent or publishing contract.

6. Don’t hesitate to employ Michelle’s editorial service. She does a fantastic job that will assuredly increase your chances in the query/submission trenches. It worked for me!

7. Booze, chocolate, and stuff of similar nature can help you to weather the writing journey in general.

And without further ado, here is The Fourth Generation, available on Amazon, Barnes & Noble, etc… 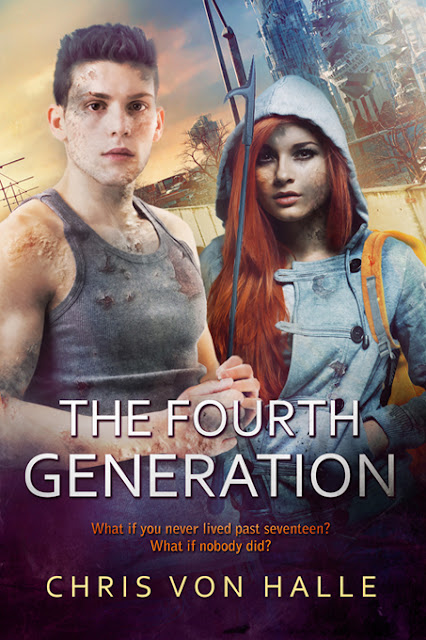 In the future, no adults exist. Ever since the plague swept the world 100 years ago, no one has lived past seventeen.

Sixteen-year-old Gorin, a collector of curious artifacts left over from the pre-plague civilization, is on the verge of perishing from that deadly epidemic. And his last wish is to find a way to visit the rulers’ reputedly magnificent, off-limits mansion.

Up against the clock, he and his friend Stausha steal into the mansion and discover a secret more horrifying than they ever could’ve imagined—a secret that holds the key to the survival of the whole human race.

------------------------
Chris von Halle has had many different lives in many different worlds—the near and distant future Earth, other planets, and even other dimensions—and his books recreate his childhood memories of such outlandish locations.  In this world and life, he lives in Ridgewood, New Jersey, and enjoys such extraordinary activities as playing videogames, tennis, and basketball, and writing the occasional comic strip.