Getting the Call with Laura Brown

I haven't had one of these inspiration posts for so long that I was starting to get blue. Happily, Laura came to the rescue to start us up again! I feel better already! 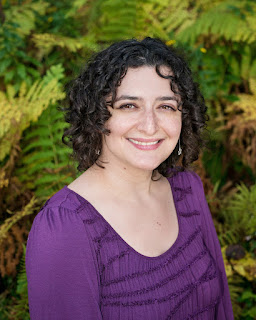 This is the post every writer dreams of writing and secretly fears may never happen. The ending of my story moved fast, but make no doubt about it, this has been a journey.
The first novel I seriously queried was my second novel, an adult contemporary romance. As I went through querying, entering contests, and meeting more writers and critique partners, I learned a ton. My novel changed for the better. When I stopped actively querying I had sent out 80 queries and had two requests pending.
I kept writing, penning drafts to three more adult romances. Then I wrote something different. Darker. Edgier. Younger. My first New Adult novel, a single POV story with a hard of hearing main character. From the beginning I got great feedback from my readers. Before querying, I entered it into my first contest, Nest Pitch. I was thrilled to receive requests for more writing from more than one team! I was chosen as a finalist and had two lovely mentors provide feedback on my first chapter and help me clean it up.
The contest came and I watched as most of the other participants received requests. I received none. I was crushed and bummed but I took faith in the fact I had been chosen for a team. I started querying. My first ten queries yielded me two full requests! I started to believe I was onto something with this novel.
I entered a second contest, The Writer’s Voice. I ended up with two teams fighting over me! Something I always dreamed of from watching contests and not getting through. For those who still dream: yes, it’s wonderful, but it’s also brutal! Two wonderful teams want you and you can only choose one. I hemmed and hawed, bit my nails, and drove my friends crazy. When the agent round came I was prepared for nothing, again. I got three requests! I knew it, something good was coming.
But then the rejections started coming back. Generic rejections, with no information to let me know what was wrong. I’d learned so much from rejections with my previous novel, I knew something wasn't working and I wanted to know what.

Then I received a rejection from my very first query request (this one from the slush, not through any contest). I got a little feedback: the agent wanted the novel to go in a different direction than I did. I was bummed, but more so, I was curious. I summoned up my courage and sent off a short—two sentence—email asking the agent if she minded sharing her thoughts.
A few weeks later I received a response. A long e-mail pointing out some areas that needed work. And it ended in an offer to resubmit! An R&R! I was thrilled, but unsure about the notes.
Side point here, this novel is very close to my heart. So those comments on what needed to change were hard to swallow. I wasn’t sure it was the right path for me or not, but I also knew I had nothing to lose by trying. I had recently penned my male’s POV of the story, allowing me to delve deeper into his character. I personally love dual POV stories, and even though I worried about juggling dual in first person, I decided to merge the two together, taking in the agent’s notes, to see what happened.
I finished the revision, only I had no idea if I liked it or not. I sent if off to one of my betas, who loved the original version. She came back with hearts in her eyes, she loved the dual POV revision even more. I still doubted but by then it was time for another contest, PitchWars. I sent off the revision to PitchWars.
I didn’t get in. But I did receive some very encouraging words back from one mentor. I dived back in and realized I liked the revision. A lot. It worked, it hit the notes a romance needed to hit, and—I hoped—it hit the agent’s vision.
I entered one more contest, WriteInclusively, even though I had this feeling my contest days were over and I was ready to move on to the other side. Foolish, right? I made it to the finals and received four requests! So even though I was still waiting for some critique partner feedback, I took comfort in my cheerleader beta telling me it was ready. I sent it off to the contest requesters, and to the others who were waiting for my revision, including the original agent.
All e-mails went out on a Monday. On Friday I was feeling sick, a sore throat brewing, and planned to take it easy. I settled down on my bed and checked my e-mail. In it was a message from the original agent, requesting to chat with me about my manuscript.

When I say I freaked out, I mean that to the fullest extent of the words! My hands shook, my heartrate skyrocketed! I sent my husband a text he had to use a code master to decipher. I sent my writer buddies a message they needed no codes to decipher and jumped up and down with me.
I had to respond to the agent. But I was in my pajamas and my hearing aids weren’t on. Foolish, we weren’t talking right then, but I should at least shower first? Right? I showered. I sent off the e-mail with my availability. I made lunch and settled back at my computer, to the hordes of messages from my cheerleaders.
And an e-mail from the agent. Could we talk in a half hour?

I tried to eat my lunch. It wasn’t happening. I put it in the fridge. I paced, I drank water for my sore parched throat. Then the agent called and within a few minutes I knew this was it. This was THE CALL!
When I hung up the phone I had an offer from an agent. I fired up my "offer of representation" emails, messaged my writer friends, and tried to keep my head on straight. Did that just happen?
Next began the waiting. If you thought you checked your e-mail a lot before an offer, ratchet it up a few thousand degrees when you’re waiting for responses. At this point I was very happy with the offering agent, I was ready to sign. But I couldn’t do so until either I heard from everyone, or the end date arrived. Such a short amount of time but it felt like absolutely forever.

Now I can finally announce that I am represented by Rachel Brooks of L. Perkins Agency. And no, I am not entirely sure I am not dreaming...

Laura Brown lives in Massachusetts with her quirky abnormal family. Laura and her three cats are disabled. Laura is Hard of Hearing, her oldest cat is deaf and partially blind, and the other two cats have cerebellar hypoplasia (they shake, and they don’t find it endearing). The “normal” members of her family include her husband, who has put up with her since high school, and their young son. Laura is the author of New Adult and Adult romances, featuring characters with hearing loss. She’s represented by Rachel Brook of L. Perkins Agency.

New comments are not allowed.