I grew up reading doorstopper fantasy novels. It started with J.R.R. Tolkien, and continued with the likes of Robert Jordan, Tad Williams, and Raymond Feist, and Robin Hobb.  If a series didn't have at least three books in it already, I wasn't interested. Naturally, when I started writing my own novels, I wanted to have a long-running series of my own.

I know I'm not alone in this, because many of the query letters I've seen (through Pitch Wars and similar contests) from aspiring SF/F authors promise books that are "the start of a trilogy" or "part of a planned 6-book series." It worked for Robert Jordan, didn't it? In my opinion, you should not say these things in a query letter, for three specific reasons:

It can be daunting to the agent. Attracting the attention of a literary agent is kind of like trying to lure a wild turkey into a clearing. You don't want to make any sudden movements to scare them off. That's what you're doing when you say you've written three books and have planned four more.

The first book needs to stand on its own. When you're trying to break into a crowded, selective industry, you have to deliver your very best writing in a single book. If you try to hold things back or leave too many open questions for subsequent books, your first book may not be satisfying enough.

It's assumed. Look, unless you've done absolutely zero research, you can assume that the agent you're querying has read a lot of sci-fi and fantasy. They know how it works. They will expect you to leave room for a book. 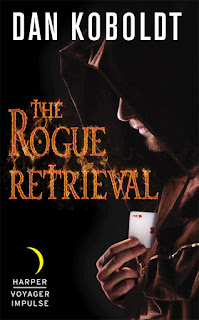 My debut novel, The Rogue Retrieval, is about the mission to retrieve a scientist from a pristine medieval world. The gateway to that world was discovered and kept secret by a powerful corporation. When the head of their research team goes rogue, they obviously want to get him back before he can reveal the secret of the gateway's existence.

When that mission ended, however, I had an entire secondary world that I'd just begun to explore. There were compelling characters that undoubtedly had more adventures in front of them. I was thinking, this should at least be a trilogy. Before we went on submission, my agent asked me to write a brief synopsis of the subsequent books in the series.

The model for this was straightforward: I thought of the original Star Wars trilogy. Every book would be a self-contained story, but they'd all feature most of the same characters. Book 1 is the adventure story where the scrappy upstarts score a victory. Book 2 is the great revelation, where the characters explore to develop newfound skills while under duress from the antagonist's counterstrike. Book 3 is when everyone must choose a side in the epic battle, with the fate of the world (or universe) in the balance.

Even though I had an agent and was about to go on submission, I didn't write the subsequent books. As Michelle remarked in her guest post about writing and selling a fantasy series, you generally shouldn't write book 2 until you sell book 1.

And fast forward past a long period of submissions agony, and we had the unprecedented: an offer from Harper Voyager for The Rogue Retrieval. It was a thrilling moment! After talking with my agent, however, we decided not to push for a multi-book deal. There were a few strategic reasons for that:

1. The option clause
Most traditional publishing contracts have something called an option clause, which requires that you grant the publisher an exclusive first look at your next work of fiction. The logic behind these is that the publisher is investing in building you up as an author, so they should have an advantage over their competitors when your next book is ready.

The scope of the option clause varies by the deal, the house, and the agent. Houses obviously want it as all-encompassing as possible. Agents fight to narrow the scope to the next work in the same world, or featuring the same categories, or in the same genre. Sometimes they succeed. Other times, they don't. There's still a huge power differential between major publishers and most agented authors.
Bottom line, no matter how many books are included in your contract, you'll still have an option clause. In other words, if you write a sequel or prequel in the world of your book, your publisher's going to have first dibs on it.

2. Unknowns at the publisher
As this was my first book deal, I hadn't yet worked with David Pomerico (or anyone at HarperCollins). Artistic differences are always possible. If it turned out that I didn't like working with him in particular or them in general, I'd be stuck for however many books we'd committed to.
Alternatively, I might love working with David, only to see him leave for another publishing house. Editors move around from time to time, but an author's contract remains with the publishing house if the editor leaves.  When you sell a trilogy, that's usually at least a two-year commitment.

3. Long-term publicity
This last strategic reason might seem Machiavellian, and it's not nearly as critical (in my opinion) as the first two. When you announce the sale of a single book, I think it generates slightly less fanfare than the sale of a trilogy or quadrology. That's a disadvantage, but a slight one. But there's a long-term perk: it allows for a second burst of publicity if and when you announce the contract for future books.

Those Publisher's Marketplace announcements of book deals are widely read in the industry. They generate buzz, and all things being equal, I'd rather have two or three chances to do that to keep my name in people's minds.

Deadlines: A Double-edged Sword
Another important difference between selling a standalone and a series has to do with deadlines. When you commit to a series, the timetable and deadlines for subsequent books are often written right into the contract. This is useful, because it helps everyone involved in a book – the author, the publishing team, the readers – know when to expect the next one. Yet it also establishes firm deadlines that the writer is expected to meet. Sometimes life gets in the way of writing, and we can't finish a book as quickly as we'd like to. Turning a draft in late tends to wreak havoc on its publishing schedule.

Then again, some writers work better with deadlines. When you sell a standalone novel, there's no deadline for the next book. No expected publication date, no slot in the publisher's promotion schedule. The fate of future books rests, as it so often does, only with the author. 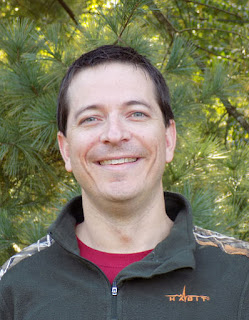 Dan Koboldt is a genetics researcher and fantasy/science fiction author. He has co-authored more than 60 publications in Nature, Genome Research, The New England Journal of Medicine, and other scientific journals. Dan is also an avid hunter and outdoorsman. He lives with his wife and children in St. Louis, where the deer take their revenge by eating the flowers in his backyard.