Getting the Call with Greg Andree

This is a super example of how to personalize your query letter. Please take note! Enjoy your inspiration for this week and thanks to Greg for sharing. 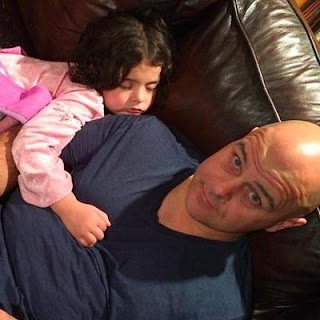 No Expectations (Or: How I Found My Perfect Agent)

That’s what I told myself when I started writing my Inconceivable Wisdom manuscript in July 2014. Before this manuscript I’d written four others, and queried two (with dozens of rejections between them). They weren’t good, but through writing them, and reading hundreds more YA books since, I got to a place where I was ready to try one last time.

In January 2015 more than half the MS was finished, and I dusted off my Twitter account. I didn’t care about followers, or building an author platform, or any of that. I followed my favorite YA authors and their agents. Then I went through which agents that each agent followed, checked agency pages, and followed the ones that represented books like mine. I watched what agents complained about. I read #WriteTips, #MSWL, #AskAgent, and all the other hashtags that applied. I made time for every “Ask Agent” type event I could. I kept notes on each agent whenever they said something about a book, movie, or tv show they liked that had a sensibility in line with my manuscript. I made private lists of agents that fit my MS best, and obsessively checked that list for their tweets every day.

I followed recently agented, and soon to be published authors, reading all their interviews about how they made this first step into the business side of book world. When their books debuted I read them, asked questions about their writing, and experiences leading to publication. Writers were incredibly generous with their time (especially considering how socially awkward I was, even by Twitter standards). I was beyond lucky, and made so many friends.

I sent my first query on October 18th and every day for the next week I sent off two more. Each query was personalized with a line or two about why I chose that agent: Specifics on their #MSWL, their clients I read, things I chatted with them about, something they tweeted about a book or movie or whatever. Sometimes I’d spend an hour trying to craft that perfect personalized line.

On October 20th I got requests from two agents to read my full manuscript, and in the next two weeks got requests from five others. Then I waited, and waited. One of my favorite agents rejected me, but referred me to another agent, and they requested my full.

While I was refreshing my inbox, and watching the premiere of Supergirl I noticed an agent tweeting about it. Caitie Flum was nerdy, and funny, so I started following her, and eventually queried her:

“I’m querying you because when tweeting about Supergirl, John Oliver, and other topics I can see your sense of story, politics, and humor are very similar to mine. I think you’ll particularly like Izzy Kim, one of my main characters. She’s smart, funny, and always calls people on their nonsense.”

The next day she requested my full manuscript. Ten days after that she emailed:

“I took a look and I love the voice and the concept, but I don't think it is quite there yet. Would you be able to do a call tomorrow?”

After work I barricaded a room against my children. Caitie was kind, and incisive. She clearly understood what I was trying to do in my book, but said it wasn’t ready. She asked for an R&R on the first 30 pages.

I took a day to think. Another day to reread, and make notes. Then I revised. Ten days later on December 14th I emailed:

“Hi Caitie, I know you're probably very busy, but attached is the R&R you asked for. Reading it through (a million times) over the past few days I see how much better these pages are. I shifted the scenes around so they're more chronological, and made it easier to understand the amount of time that passes between (especially) the first few scenes. It also gets Scott and Izzy together in the book right away, instead of waiting for 17 pages, and it really sets the tone for the book, and their relationship right from the start.”

I contacted authors represented by Liza Dawson Associates, and heard great things about how the agency worked. I talked with friends who had gone through this. We discussed signing with a new agent versus a more established agent, differences between agencies, and they all asked what my gut instinct was when I talked with Caitie. My wife and I talked, and talked. When it came down to it Caitie loved my book, and based on the initial notes she gave me I trusted her vision, and plan for it. That’s why I signed with her.

I am a YA Writer, and a reasonably competent parent and husband. I have a BA in Literature, an MA in writing, and teach 8th graders about all that fun stuff. Working with teenagers is a constant reminder of how awkward, horrible, fun, and overwhelming their lives can be, which keeps my writing reality-based, and mostly nostalgia free.