Getting the Call with Scott Reintgen 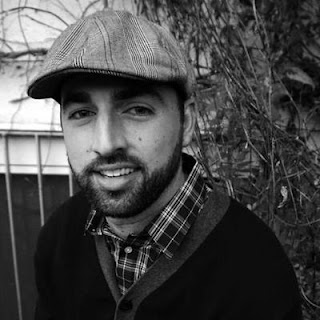 We begin with failure. Or, at least, it felt like failure to me. I'd written and queried two different books. Despite interest from a couple of great agents, nothing ever connected. So I began work on my fourth manuscript. I started submitting in June and felt really good about it. I knew this book was a much higher quality than previous submissions, because I'd practiced on three different books prior to writing it.

The timing of my queries synced up nicely with my arrival in Switzerland. My wife's job took us abroad, and I was at the outset of nine months of full time writing. Unfortunately, my first day in Switzerland coincided with a devastating rejection. An agent I'd spent a great deal of time getting to know (interviewing clients, blogging about titles, researching, etc.) told me it wasn't the right book for her to represent.

I was bummed. If I couldn't impress the person I'd done the most leg-work with, who could I impress? And I'd just started nine months of full time writing? Was I even cut out for the literary world?

But in the month that followed, I started getting manuscript requests. A lot of manuscript requests. Toward the beginning of August, I received some of my first offers for representation. As exciting as this was, I ended up entering a territory I'd never expected after my first two query experiences: choices.

I had eight offers of representation by mid-August. In some ways, it was a glorious validation of what I'd done in the book. In other ways, it was the most terrifying, nerve-wracking experience I'd ever been through. I began the process of, effectively, interviewing agents. We'd have phone calls, I'd ask questions, they'd ask questions.
Several times I asked my wife to make sure we hadn't entered an alternate reality (I'm still not sure if that's what happened).

The pursuit of the right agent for me kicked off in a big way when I received an email from Kristin Nelson. I knew of Kristin, and had used my temporary membership on Publisher's Marketplace to look at her deal history. I was definitely impressed. I was even more impressed when she said she couldn't stop reading my book on her flight home from LA. What? My book was being read on an airplane? By an agent?

Our conversation went really well, and it was clear to me that Kristin and I were on the same page about a lot of things with the book. From there, I began the painful process of sending out emails to the other interested parties, and regrettably telling them that I had other plans with the novel. This was heartbreaking, because almost every agent I spoke with was seriously wonderful.

My dream had come true, but I still had a lot of work ahead of me. Kristin took me through some painful edits. Then had to hold my hand through the submission process, and everything that came after it.

If I could give any advice, I'd just tell people to not give up. If I counted them up (and I haven't), I'd imagine I had over seventy rejections between my first two books. And about two days ago (months after getting a publishing deal), I received a rejection from an agency for THE BLACK HOLE OF BROKEN THINGS.

Scott Reintgen grew up in North Carolina, and took full advantage of the fact that he lived on the same street as fourteen of his cousins. It could be a little crowded, but he threw a few elbows and carved out a space for himself as the family storyteller. He enjoyed the role so much that he decided to spend most of college and graduate school investing in the world of literature. This led to a career teaching English and Creative Writing in the great state of North Carolina, where he currently lives with his wife and family. To his great delight, the demand for stories and storytellers is alive and well. Scott's first book, THE BLACK HOLE OF BROKEN THINGS, is expected to be published in 2017. Until then, you can find him in local coffee shops laboring over stories that he hopes his family, and fans, will love.

Here's a link to my query, posted on Kristin's website:
http://nelsonagency.com/2015/11/a-query-that-landed-a-mid-6-figure-ya-book-deal/
Posted by Michelle 4 Laughs at 7:30 AM