Getting the Call with Diana Connors

Can I just say that Yes, I've played Pokemon. I want to live in a place of pajamas. And thumbs up to characters suffering more. Congrats, Diana! You deserve this! 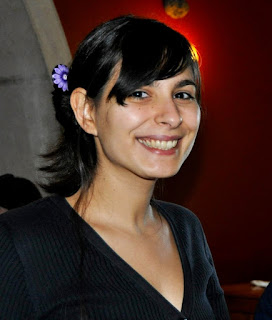 Just when you’re thinking about shelving a book (or: You never know when that YES might come)

Back in 2010, when I was young(er), I wrote my first book. In my naïveté, I thought it was the absolute best thing ever written (ok, maybe not so, but the concept was pretty neat). I googled about subbing my super shiny novel to publishers, and imagine my surprise when *gasp* I found out you were pretty much required an agent to sub to traditional publishers abroad.

Now, I’m Portuguese. Agents aren’t a thing here (there is a single agency operating in Portugal, though I’d only find out about it in 2013). Moreover, getting published here is extremely hard unless you have a) money (Vanities are a thing here, and people actually believe it’s the way to go if you’re unknown) or b) connections. I had neither, and it’s one of the big reasons I don’t write in my native tongue. Another is that it’s much easier to find CPs when you write in English, but I digress.

So, there I was, a fresh young thing who didn’t have a clue about querying. I did my research. I wrote a crap query letter. I sent it out. Of course, I got mostly rejections, but among those, a few requests came. One actually led me to become friends with a great agent (who incidentally reps my favorite authors of all time), who’s actually been a godsend and helped me so much throughout the following years. Bless you, Russell, and the patience you had towards a girl you don’t rep.

Needless to say, I wrote another book. Then another. I found out about twitter contests and Pitch Wars through my partner in crime, BFF, Alaskan Snowflake and all-around amazing person, Dana. I never got into any of them, but I met the greatest (my Walruses, Renée, Dakota, and so many others!) people through those contests. Back then, I was playing with a NA Fantasy, and those who read it said, “Diana, bb, I’m sorry to inform you, but you got the main character wrong. You should write about Zéphyrine.”

To which I said, “Nah, you’re wrong. I KNOW BEST!” And then I flipped my table and buried myself in my cocoon of writerly depression.

Spoiler alert: I didn’t know best, and they weren’t wrong.

Once I saw that, I wrote a book for Zéph. I entered contests (didn’t get into any). I entered PitchWars again and this time around I actually got requests! I got my hopes up, and then got crushed (absolutely crushed) when I wasn’t picked.

I can’t complain about the mentors. They were all extremely nice to me. One (hiiii Laura!) even wrote me an e-mail that had me ugly-crying (good tears, though), while another (who wasn’t even on the age group I subbed to) critiqued my query (hiiii Jami!). Max Wirestone (oh, awesome Max, may your life be filled with hot dudes and magic sprinkles) gave me a referral to his agent. So, after I’d licked my wounds, I went out querying.

I got requests. I actually got into a contest (Nightmare on Query Street), and got more requests. Amidst all these, I sent a query to Natalie Lakosil, at Bradford Lit. Two months later, she asked for the full.

I sat down and waited. I started working on Sightless (remember that first novel I mentioned? It’s a revamp, with the same concept, but different everything else), and I LOVED it. I was actually beginning to say, “Screw A Trace of Madness, that’s not going anywhere. THIS, THIS IS IT!”

(except I didn’t say “Screw”, but a far nastier word, which I won’t replicate, so as not to tarnish Michelle’s blog with my colorful swearing)

Again, I was wrong. SO WRONG.

Fast-forward to mid-January. I get an e-mail from Natalie saying “Reading it, and loving. Will get back to you this week!”

“WHAT DO I SAY TO THIS?” I asked in our Facebook group for Neurotic Writers. A lot of them left comments along the vein, “Diana, calm your pants down, and reply politely, saying you’re happy she let you know.”

So, that’s what I did. Then I waited. Until the next day, when I get an e-mail from Natalie with a header that said, “OFFER OF REPRESENTATION”. Yup, all caps. She asked if we could talk the next day, and we set a time.

Cue me screaming at the office (I was working). “EDGAR, ZÉ, I GOT AN OFFER OF REP FOR MY NOVEL!” while I typed a DM to my aforementioned partner in crime, BFF, Alaskan Snowflake and all-around amazing person, Dana, and called my dad on the phone. Then my boyfriend.

As you can imagine, by then I’d morphed into the Energizer Bunny. I was electric. My cats stared at me funny when I got home, and my bearded dragon gave me the stink-eye because I kept taking him out of the terrarium so we could do a dragon-dance, which, in turn, only increased my speed and attack, stats I didn’t need to be raised at the moment. (if you play Pokémon, you’ll get this, and I apologize. If you don’t, it begs the question of WHY AREN’T YOU PLAYING POKÉMON?)

Then, the time came. I was curled up in my pajamas (it was already evening for me, and my house is a place of pajamas), waiting. Then Natalie added me on Skype, and we talked. Or rather, I mumbled and she talked.

Natalie had great comments on my book, and an awesome vision. She told me the strengths, asked me if I was OK with some changes (which I was), and then the time came to nudge everyone. I got some “Congratulations! I don’t have time to read it right now, but best of luck!” and some rejections, but even before I send my nudges, I was pretty sure I was going to sign with Natalie. When she said she wanted my characters to suffer more, it felt like a match made in heaven.

And that was how I ended up represented by Natalie Lakosil of Bradford Lit AND became agency sisters with one of my Walrus CPs!

Diana was born in Lisbon, Portugal, but lived in Estremoz for the next eighteen years. She moved to Lisbon in 2007 to study Computer Engineering at Instituto Superior Técnico and stayed there ever since. In her free time, she writes, paints, and  games. Otherwise, you can find her in my day job, where she works as a designer and tester of serious games. Keeping her company are two awesome kitties, Sushi and Jubas, and a bearded dragon named Norbert!

Her portfolio can be found at http://pinguicha.deviantart.com or http://pingusportfolio.tumblr.com. Together with three colleagues, she made Sightless, the runner-up for the 2014 Innovation Awards. Since then, she’s been creating new game concepts that can be tied into her novels, thus giving them a wider reach.