Getting the Call with Josh Hlibichuk

A timely reminder that contests aren't the only way to finding your agent. Thanks for sharing your journey with us, Josh! 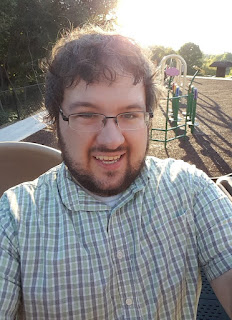 I had been writing for years, but the first project I ever queried was a YA fantasy. In retrospect, I have no idea what I was thinking. I queried across thirty or so agents, all of whom realized what I should have at the time: it wasn’t ready. The whole manuscript was one giant darling. The death knell came months later when I got accepted into PitchWars 2013 with a different manuscript, a YA steampunk. I put away the old and got excited about the new.


I was beyond thrilled to be in PitchWars. I’d heard the stories about other writers getting a bajillion requests and offers from their PitchWars projects, and I was certain this was going to be my debut. My mentor and I busted our butts to get ready; I cut something like fifteen thousand words. I chopped a beloved character. I cleaned up the beginning. I wrote a query letter I didn’t hate!


When the agent round came, the entries around mine collected request after request. By the time the dust settled, I had gotten only one request--a partial--and it was quickly rejected. Undaunted, I queried widely. This one caught more eyes, got more partials and even a couple fulls, but in the end none of the agents wanted to go in on it. This continued for several months until I decided it was time put this one away too.


I was frustrated, and I was disappointed, but I wasn’t done writing. I began writing a new story that had been rattling around in my brain for a while: a fantasy heist novel. I love heist and con stories, be they books (Scott Lynch) or movies (Ocean’s Eleven) or television (Leverage). This was something I could do.


Over the course of the next year I wrote The Violets of Tavarem in fits and spurts. I eventually finished the first draft in August of 2014 after powering through the final 30,000 words in about three weeks. I revised, I sent it out to crit partners, and we made it even better.
I began querying in July 2015, and my query garnered only a nibble or two. More revision, more querying. My community of writer friends rallied with me and helped shine my query to sparkling, and then the nibbles turned into bites. I entered PitchWars 2015 to hopefully boost my chances (even going so far as to write a dreaded synopsis), but I was not selected.


The PitchWars rejection was a huge blow to morale. I had already gotten in once, two years ago. What did it say about this project, if I couldn’t get picked this time? Was I delusional, or was this simply a matter of taste?


(You’ve probably already guessed, in this industry so much is a matter of taste. Don’t let a contest rejection keep you from pressing onward!)


After I recovered, I entered PitchSlam and was selected for entry. This time, I got six requests; three of them were fulls. I was ecstatic, despite the rejections that still trickled in--even the rejections were encouraging. Partials turned into fulls.  I was finally on track, and this train was moving.
Fast forward to November. I first met Caitie Flum on a Reddit writing community (shout out to /r/yawriters!). Caitie was a smart new agent who had a lot of great industry experience, but she did not rep my genre (YA Fantasy). Imagine my pleasant surprise when she announced that she was now going to accept scifi and fantasy queries for YA, having opened doors that were previously closed.


Meanwhile, another agent at her agency already had my partial. I let her know as much. She offered to look at the query and the partial anyway, even to give feedback if it wasn’t for her. (Caitie is huge on helping writers--one of the many things I love about her.)


A few emails later, Caitie had gotten her hands on my query, and I sent her my partial. Less than a week later, she wanted to see the full. Twelve days after that, on a Friday, I got a phone call from a number I didn’t recognize.


Now, I live in Iowa during a heated election season. Most of the phone numbers I don’t recognize are robocalls or other pollsters. I usually let everything go to voicemail and come back later. So, I ignored it. And then I got an email from Caitie: “I just finished and would love to talk to you about this. Do you have time for a call today?”


Proceed to freak out. I replied that yes, I did, and in a few minutes the very same phone number from earlier came back on my phone.


I had ignored a phone call from an agent!


Caitie was a great sport about it, and we talked for a bit. She offered representation. From Reddit and following her online, I knew so much about her--two of my writer-friends were already clients--that I didn’t have as many questions as I might have had for another agent. I researched further to get a sense for Caitie and for Liza Dawson Associates, but I had queried the agency in the past and already knew that this agent and agency were perfect for me.


I gave the other agents a week to read partials and fulls, but I knew in my heart they would need to make strong cases to change my mind. In the end I picked Caitie to champion my work. As we continue through a revision ahead of going on submission, I still couldn’t be more thrilled at the opportunity to work with her.


Josh Hlibichuk writes YA fantasy and dabbles in contemporary. He works as a web developer in the Midwest where he lives with his wife and kids who tolerate his flights of fancy and occasional outbursts of song. When he’s not writing or powering the Internet, Josh enjoys board games, amateur photography, and tweeting at other writers.