Getting the Call with Mia Celeste 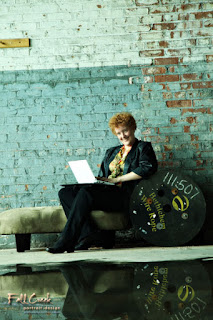 The Call: A Tale of Second and Third Chances

In 2011, Other Than took first place in the paranormal division of the Dixie Kane Memorial Contest. Lill Farrell, an editor from the Wild Rose Press (TWRP) requested the full.  She followed up with an e-mail urging me to hurry and send her the manuscript. I did. She liked it, but at that time TWRP wasn’t accepting manuscripts with romantic elements. The publishing house sought strong romantic arcs. I was disappointed and I set about rewriting, but based on friends’ feedback and my own gut reactions, it wasn’t working. I was in a funk.

If you’re a writer, you’ve probably experienced this. Most of us as authors fail and fail until we succeed. It takes lots of practice to create a story worthy of publication. As Hallie Ephron said at a writing conference I attended, “For a long time your taste will outrun your talent.” But if you keep writing, you’ll get better.

Well, even though I believed I’d improve, and that my writing skills were good and getting better, I put Other Than aside. I wrote a futuristic novel, and tried lots of different projects, but I kept coming back to Other Than, hoping I’d learned enough to make it marketable. I worked on it with critique partners and took classes about manuscript makeovers. One of the best was Jodi Henley’s Story Doctoring. She gave me suggestions that I not only understood, but that when I applied them, they immediately improved my story telling. Other Than seemed to click into place, but that was just when many publishers weren’t looking for paranormal romances.

So again, Other Than, ended up in as an unvisited file on my computer.  My spirits were low. Low enough that I planned to forget about publishing anything ever. I wrote an Urban Fantasy simply to amuse myself. I was surprised when my critique partners loved it. Then on a dare, I entered its blurb and first words in Query Kombat where I met Michelle Hauck and her wonderful team of encouraging writers. My piece, which was nicknamed BingBamBoomBFFs, received the ginormous Atta girl--that I needed to press on.

I dusted off Other Than, polished it up and wrote to Lill Farrell, asking if she’d look at it again. Graciously, she agreed and, sure enough, she and her reading staff approved it for publication. It’ll be released on January 27, 2017. 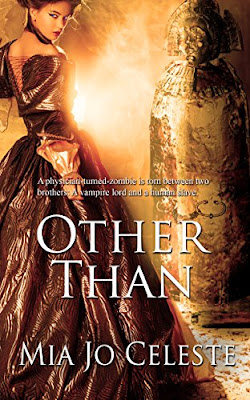 It only takes one drink from the Water of Immortality to kill Evie Woods—halfway. Trapped in undead flesh, the world’s last skin-slider wakens on an island purgatory where a cursed spring bubbles with immortality, and zombie cannibals crave living flesh. Her only hope of escape rests in the hands of the one man who would see her fail. Lord Victor Lowell, the man of her dreams and darkest nightmares. Contrary and intractable, Victor preys on others to maintain his angelic charisma and preternatural prowess.Trapped in an ever escalating war they can’t stop, Victor and Evie fight time for a cure, but as the long days pass, blackness tears at Evie, ripping her thoughts from her one memory at a time. Victor will do whatever it takes to prevent her from deteriorating into a rotting husk, even if it means dooming himself, but Evie won’t surrender his soul without a fight.

Now, I’m visiting Michelle4Laughs to thank her and all the Query Kombat friends for their kindness. In addition, I’d like to encourage the many writers yet to published to keep trying and to seek out writing communities like the one Michelle’s built, where you can find support and inspiration. Even if you’re like me and it takes multiple tries, don’t quit.  If you keep at it, you’ll succeed.

Hi, I’m Mia Celeste.  I’m from a family of English teachers and authors.  After 15 years as an English (for Language Learners) teacher, I’m trying my hand at writing.  I’ve completed four fantasy novels.  I’m currently submitting the third and fourth to agents and editors.

I live in Milwaukee, Wisconsin with my husband and sons.