Getting the Call: Kendra DiAngelo

Deciding to self publish can be a really big deal. More and more often, I'm hearing of authors having great success taking this route, especially in romance and sci-fy/fantasy genres. Kendra DiAngelo is one of those brave people, forging their way with the new technology. Thanks, for sharing your story, Kendra. 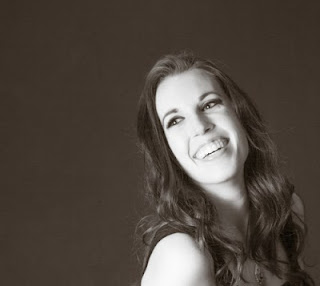 I had dreamed of being an author since I was in high school. I knew it was what I wanted to do. I’d been blogging and writing stories for as long as I could remember. English and Literature were my favorite classes in school. I was probably about 19 when I started writing my first real novel. I could picture it on the shelves at Barnes and Noble, see it eventually made into a movie.

I never finished it.

Honestly, that was probably a good thing. My writing has come a long way since then, and I keep doing what I can to make it better. 2008 was the Great Year of Suck for me. My grandfather passed away, I was laid off from my job (that I LOVED) and my mother fell and broke several ribs, all within the span of about 5 months. Not exactly the best time. Now I won’t lie, the first month or so of being unemployed was pretty nice. I’d started ing straight out of high school at the local library and didn’t know what it was like to not have to go somewhere every day.

After those first few weeks, however, time started to drag. Just as I was getting desperate for some sort of project, a flash of inspiration hit, and I started visualizing scenes from “Prince of Light.” I started writing everything down as fast as I could. I had all day every day, after all. The story just poured out, one scene after another. When the final sentence was complete, I sat back and felt a great sense of pride. I’d never actually finished writing a book before. I was elated. 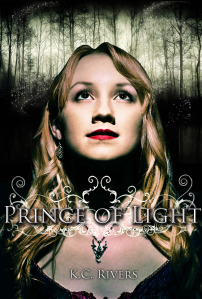 So I let one of the teens that I had known at the library read it, just to test the waters. She was an avid fantasy buff and checked books out constantly. Low and behold, she loved it! Next step was letting the teen librarian read it, since she did a regular “Book Talk” at the high school and middle school every month and would know whether or not it would appeal to teens. She loved it, too! Several edits and a couple of other readers later, I thought it was ready to start sending out.

Here’s where I show my lack of experience. I thought I didn’t really want an agent. (Go ahead and laugh. It’s okay.) That’s right, I discovered pretty quickly that the majority of publishers out there won’t even acknowledge you WITHOUT an agent. Go figure. Well, I still thought I knew better and researched every small press and publisher that took unsolicited manuscripts/queries. None of them accepted my .

Looking back now, I can see that my query letter…well, sucked. Big time. I didn’t know what I was doing. I didn’t know how to sell my book. I didn't have a hook or a dynamic description to make an agent want to read my story. I stumbled across the site agentquery.com and consequently found its sister site, agentqueryconnect.com. There I found a plethora of fellow writers, several that just so happened to be in the same boat I was. I started lurking at first. Then I got brave and started interacting. Now I love it and visit there every day, if I can. I posted my query for them to rip to shreds and got excellent feedback, then started querying every agent that represented YA and fantasy that I could find. All of this was over the space of about a year and a half.

Not. One. Single. Request.

Does it end there? Nope! I was discouraged, but I still believed in my story. The more I continued to research self-publishing, the more I realized that it was no long a "dirty word." Big name authors were turning to self-publishing so they could have more control over their . Unknown authors were being discovered. I finally made the decision that I could be one of them. By now I knew it was going to be a lot of , but I was more prepared than I had ever been before. I got a professional opinion from my cousin-in-law, who is also a young adult author, and finalized the last aspects of the plot/edits. I asked a photographer friend of mine to snap a few photos for a cover (using my brother’s girlfriend as a model) and put those rusty graphic design skills that I’d been hiding to good use. Cover complete, edited to the best of my ability, and blurb as exciting as it could be, I let my speak for itself, out in the vast interwebs of Amazon and Barnes and Noble.

Do I still want to be traditionally published? Oh yeah. I have a stand-alone novel that’s not a part of the “Prince of Light” series, and I would love to see it get represented by an agent. Am I happy that I chose self-publishing for this particular project? I really am. I had the final say in my story. The cover got to be exactly what I envisioned. I’ll get a higher royalty.

Self-publishing means more on your end, but I believe that the rewards can still be the same as traditionally published. Ultimately, don’t let rejections or bad circumstances get you down. I probably could have ed at that library for the rest of my life, but if I hadn’t been laid off I would never have written “Prince of Light.” There wouldn't have been enough time. So keep your spirits high, fellow writers! Don’t be afraid to explore what fit is right for you, whatever venue that may be, and never give up. J