A new friend, Alys Cohen, is here to give us today's lesson. She goes all the way back to high school (which is farther for some of us than others) to take a look at writing methods we were taught and why they might not work for everyone. 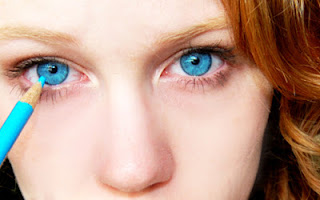 On untying our characters and listening when they speak to us

Who? You.
What? Writing your first manuscript.
When? Probably right now, or fairly recently.
Where? I presume somewhere on earth.
Why? That’s for you to decide.
How? I’m going to guess using an outline and formulaic methods high school teachers insist are the only right ways to do anything.

Therein lies the root of many problems. We are trained to plan the details that can’t always be planned.

Since the dawn of time, or at least the modern educational system, how we write and how we think has been distilled down to a couple methods that all of us are expected to know, use, understand, and love. But there are several problems with forcing all writers, whether students or serious writers hoping to be published, to abide by one narrow method that has little room for creativity, a method taught as the only right way because it’s easier to correct with a red pen. I am going to address just one of these issues today.

A few writers outline outline outline every tiny detail, and then run with that to write their actual manuscript. But far more often this stifles writers. I can’t even count how many people I personally know who have had wonderful ideas, but quit because they just couldn’t make their characters do what they outlined. Their outlines eventually crushed them.

Our characters may be figments of our imagination, but they are no less real than a friend we can reach out and touch, especially when given the multiple dimensions (link to TJ’s guest post) human beings have. We feel for them, we hope for them, and we cry for them. They are alive.

So why do we try forcing them down a path set at the very beginning instead of going on the journey with them and making decisions as new challenges arise? Simple. Most of us were graded on our outlines in school. We default back to what we were taught as teenagers and start our hopeful-careers by continuing to listen to the teachers.

Let go. Move on. Aim for something more than what will get you an A in a high school class. Your readers aren’t your teacher who will check your outline to make sure you did it the way that that teachers sees as the right way.

Since our characters are real, we must let them speak. If you had planned for Jane to cringe as she’s walking on snow, but after a tender conversation with her new beau, Joe, the words that want to be typed are that she skipped through the snow, slipped, but he caught her in his arms and they shared a laugh, don’t force her to cringe and ruin the interlude. These unexpected moments add realism and depth to our characters. Sometimes the moments that want to happen aren’t so joyous. That’s all right too. If the time is right for two characters to part, or a character to die, then go with it, at least for a while. If it doesn’t work, you can always revert to your script. But those subconscious moments of inspiration are fleeting.

Sometimes a character will want to disappear, even one who worked so well in your outline. Many of us have relatives like that, or maybe we are that relative. A family gathering comes around, and everyone but that one person wants to play charades. Forcing that person to participate only drags everyone down. Let that person go off on their own and everyone benefits. The same is true in writing. Chances are the characters you read in other works who just seem out of place and add nothing to the story were characters their authors wouldn’t remove. Little Johnny was in the outline, and outlines are made to be followed, right?

J.K. Rowling tried forcing a cousin in the Weasley family. Mafalda was going to be a Slytherin and an intellectual foe to Hermione. Rowling, though not a beginner by this point, tried to force a character who just wasn’t working with the plot. Mafalda didn’t want to be there. Hundreds of pages into Harry Potter and the Goblet of Fire. Rowling accepted that Mafalda just didn’t work. So much time and energy was lost in the initial writing, and then in rewriting from the start to remove this character.

Chuck the overly rigid outlines. Use a loose one as little more than a vague plan of action or the general outline of a road trip. Allow for detours along the way and roll with the unexpected. So you didn’t expect to spend an extra half hour staring in awe at the world’s biggest ball of twine and now you won’t have time to see the world’s largest rubber band. Maybe a road ends you blocked off and your detour takes you to an old ghost town on the way to your next hotel. Enjoy the journey and appreciate those things you, or your characters, wouldn’t have experienced if you had insisted on sticking to an outline scheduling the fun down to the minute. Let them have fun and speak through you, and you may be just as surprised as your readers at what your characters have to say and teach you.