Please welcome back Kathryn Meyer Griffith with the story of her latest release. Seventeen books and counting. That's amazing, Kathryn. What's more amazing is this one she self-published. There are just so many opportunities to explore in publishing these days. 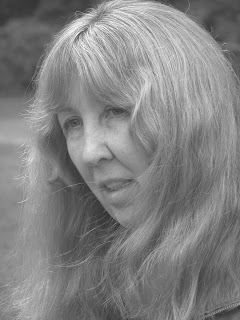 Human No Longer. It’s my 17th published book – yeah! – and my fourth vampire novel. First, let me tell you where I got the idea for it. About five years ago, I was still trying to please the agent (who I no longer have) who’d sold four of my earlier paperback novels to Zebra in the 1990’s and, because she didn’t seem to like any of my new potential concepts, I asked her what she would like to see. Out of nowhere, she said, “You know your 1991 Zebra vampire novel, Vampire Blood? I liked that one a lot. The characters. Well, how about writing me a sort of sequel with basically the same cast, but with this premise: A woman, a mother, after being turned into a bloodthirsty vampire, must learn to adapt to the human world and still be a good mother. You know, how would she deal with everything when she had children she loved; didn’t want to hurt or leave them…but still had the need to feed on blood? Still had all the urges and desires of a vampire? 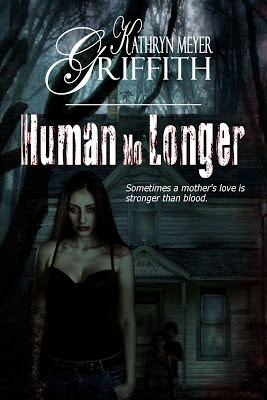 Yikes. I hated the idea but, to please her, I went ahead and begrudgingly wrote the book. I tentatively called it The Vampire’s Children or the Vampire Mother or something like that. I finished it. Not too happy with it. I had never liked writing what other people wanted me to write. Stubborn, I guess.

My agent, in the meantime, had begun her own online erotic (which I don’t much care to write) publishing company and when I’d gotten done with the novel she was too busy to even read the finished book. She handed it off to an apprentice intern. An intern? What? Who didn’t like it at all. Duh. So, disgusted, I tucked the file away on my computer and, fed up with the whole agent thing, returned to writing what I wanted to write. An end of days novel called A Time of Demons and a new vampire novel where the evil vampire wasn’t a mother. In 2010 I went with a new publisher, Kim Richards at Damnation Books/Eternal Press, and she contracted not only those two books but asked me if I’d like to rewrite, update and rerelease all 7 of my older out-of-print Leisure and Zebra paperbacks going back to 1984. Heck yes, I said! So for the next 2 years I was busy doing that. Some of those books were over twenty-five years old and very outdated. Their rewriting, editing and rereleasing took a lot of work and time. 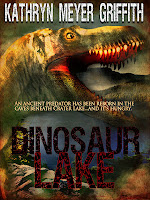 Then, in late 2012, I decided to take a very old book of mine (Predator) which was contracted to Zebra Paperbacks in 1993 but, in the end, never actually released, and just for the heck of it, as my 16th novel, self-publish it to Amazon Kindle Direct. Just in ebook form. A kind of grand experiment. The first time I’ve ever tried self-publishing. See how it’d sell. Dinosaur Lake. A story about a hungry mutant dinosaur loose in the waters of Crater Lake that goes on a rampage. Hey, I wrote Dinosaur Lake before Jurassic Park, the book, ever came out! Really. I had my cover artist, Dawne Dominique make a cover for it…and it was stunning with a dinosaur roaring on the front. And I did everything else myself. Editing. Proofing. Formatting. With forty years and endless publishers behind me I felt I was capable. And it’d been selling so well I decided to self-publish another one…and I remembered the mother/vampire book. Hmmm. So I revamped (ha, ha, inside joke), polished, and self-published it, as well. I retitled it Human No Longer. Got my fabulous cover artist, Dawne Dominique, to make me a lovely haunting cover with a troubled-looking woman standing outside a spooky house, with two children behind her in its shadows, on the front and voila! All in all, I don’t think the book turned out half bad. In fact, with the changes I made I think it’s not bad at all. Now I just hope my readers will like it.

So that’s the story of Human No Longer. My 17th published novel.

Jenny and Jeff Sanders on a summer night become the victims of a bizarre crime, leaving Jeff dead and Jenny in a coma. Their attackers aren’t caught.

She returns to her children and her life. With Jeff’s death his business and their income are also gone. Jenny, a novelist, hasn’t written a book in years, so she must move back to her childhood home in Summer Haven, Florida, where years before she and Jeff destroyed a sadistic family of vampires.

At least her brother, Joey, who owns a local diner, is there to help.

But Jenny has no appetite. She’s edgy. Her eyes hurt. Could be trauma from the attack. Grief. Until one night, after they’ve moved into the rundown family farmhouse, she can’t resist the night woods and going out to drink animals’ blood.

Gradually she accepts the truth. Her attackers were vampires. Now she’s becoming what she once hunted and fears she must either kill herself or run. She can’t abandon her children, but promises never to drink human blood; to find a way to live in the human world. It’s not easy. They renovate the farmhouse, which local gossip says is haunted. At night she hunts, and hides what she’s becoming from everyone. She fights to be a good mother and not let the bloodlust overpower her. Gets a job and attempts to fit in.

People, bodies emptied of blood, begin dying. Like years before. With her blackouts, she fears she may be the killer and confides in Joey. While a Detective, investigating her husband’s and his daughter’s murders, complicates things.

Jenny suspects it’s her attackers doing the slayings. They’ve found her and demand she join them–or her family will die. When she resists, her children are taken; to save them, she becomes part of the vampires’ killing spree. Becoming a monster like them…until she finds a way to outwit and ultimately destroy them.

In the end it takes supernatural intervention, a ghost, and the help of a childhood friend to set her, and the world, free from the vampires once and for all.

About Kathryn Meyer Griffith...
Since childhood I’ve always been an artist and worked as a graphic designer in the corporate world and for newspapers for twenty-three years before I quit to write full time. I began writing novels at 21, over forty years ago now, and have had seventeen (ten romantic horror, two romantic SF horror, one romantic suspense, one romantic time travel, one historical romance and two murder mysteries) previous novels, two novellas and twelve short stories published from Zebra Books, Leisure Books, Avalon Books, The Wild Rose Press, Damnation Books/Eternal Press and Amazon Kindle Direct.
I’ve been married to Russell for almost thirty-five years; have a son, James, and two grandchildren, Joshua and Caitlyn, and I live in a small quaint town in Illinois called Columbia, which is right across the JB Bridge from St. Louis, Mo. We have three quirky cats, ghost cat Sasha, live cats Cleo and Sasha (Too), and the five of us live happily in an old house in the heart of town. Though I’ve been an artist, and a folk singer in my youth with my brother Jim, writing has always been my greatest passion, my butterfly stage, and I’ll probably write stories until the day I die…or until my memory goes.