Getting the Call: Elizabeth Rose

I'm delighted to welcome a fellow small press fan to share her inspirational story. And I believe this might be my first poet. Once again the universal message is to take the risk and stick your neck out there because you just never know where it can lead. Thanks to Elizabeth for sharing her story, and look for more from her later this week! 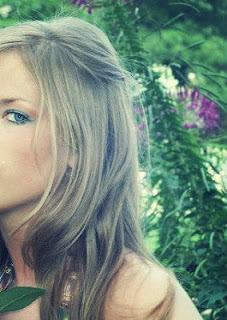 I’ve always loved reading. I’ve loved it more than anything else that was ever offered to me. I remember in third grade when my father brought me home the Hobbit for the first time, and I taught myself the harder words just to figure out what the gorgeous embossed pictures meant. I was constantly engrossed in who I saw as the literary greats- Tolkien, Lewis, Hawthorne and Poe. The only contemporary things I would read were high satire novels from Terry Pratchett, the grim parodies of Gregory Macguire and occasionally some Rowling. I suppose my first inspiration to write came from being bored with what everyone kept telling me to read. I didn’t want to have anything to do with the middle grade books that they pushed on me in class. I wanted bigger lands, less sappy stories, and healthier relationships. I wrote a couple of things at the time, most of them fantasy novels that were all action scenes and not much else, but quickly abandoned each project. I’d have all these ideas- but no real passion for them. I was writing out of spite, and not a heart-feeling.

So I stopped writing fiction for a while, apart from my occasional short story or two. I focused, instead, on poetry. This form of writing was something that I didn’t much have to work at. It had always come to me, like breathing. It was something that I had to do, not something that I wanted to do. I wrote so much poetry that I decided to try my hand at publishing it, and I’ve been relatively successful at it. To date, I’ve been included in over twenty journals both in print and online with more than fifty poems; my first collection was published traditionally under my birth name in November of 2012.

Somewhere in the mix of all of this, in my sophomore year of college, I took back up fiction writing. Thought it might be fun to finish a story for once. The problem was, I couldn’t even think of anything to write. I tried going back to my old projects and found that I had all but lost all of my fire for them. I had a hard time thinking of anything new. Then one day, on Tumblr, I stumbled upon a feminist rant against the Disney versions of the princess stories. The Disney-fan in my riled, of course, and I had actually begun this process by writing a long and angry response to what this original poster had said. But then I started really thinking about the stories that little girls in the US are raised with and for the first time I really weighed all of the pros and cons. It made me wonder what these kinds of stories would look like if they were written again for those girls who had grown up believing in all of the good messages from those stories, while unconsciously following all of the bad ones. I got to brainstorming, and in the end mapped out a seven-book series, beginning with ‘Till the Last Petal Falls, and got to work. 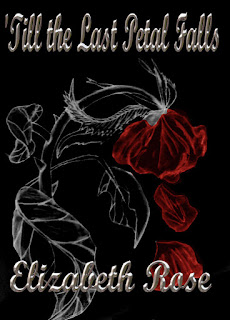 I got really in to the writing of the story. I wrote every second that I could- before bed, after waking up, in the middle of class and during lunch. I would get through about a chapter a week, on average, for a total of thirty-some chapters. I then typed the manuscript up (I always handwrite my works, so that the typing process becomes a sort of edit), and sent it to a couple of family members and friends. It got good feedback, most of which I took into account when I went into edits, and so I thought ‘why not send it around and see what kind of interest it generates?’ I decided to send the manuscript to both agents and small presses alike. Within a week of sending out my query, I was getting requests for the full. A lot of people got back to me with a ‘we like this, but…’. I guess that’s why I didn’t ever get too discouraged when I would get the flat out rejection notices. I was used to it, in the first place, due to my experience in being published with my poetry, and there was enough half-interest to keep my hopes up for long enough.

I eventually got picked up by Mockingbird Lane Press, a new small mother-daughter run press in Arizona. They got the query, requested the full, and then I didn’t hear from them for a while. I had actually gotten two or three more requests for the full, and I was e-mailing Regina, the head of the Press, to let her know where I was standing with everything. She e-mailed me back, saying to check my mail- that she had sent back some proposed edits, as well as an offer for a contract with Mockingbird Lane. Now that we’ve published ‘Till the Last Petal Falls, I’m hard at work with the second installment, To Dwell in Dreams, which I have written half-way through. I do still hope to get picked up by an agent someday, to be able to lessen my own work-load and get a bigger reach audience wise, but my current experience with a small press hasn’t been unpleasant, and it was still much cheaper than self-publishing.

I suppose the most important thing that people can learn from my experience is that, in publishing, spontaneity is a skill you can use. No agent or publishing house is going to look at your work unless you write it and send it to them. If you’ve got an idea, then go with it! The worst thing anyone can tell you is ‘no, thank you.’  Also, traditional publishing isn’t dead- it’s just moving on to independent publishers and presses. Take a chance on some of these newer companies- you’ll be surprised with how well you and your manuscript are treated. Take the risk! It’s worth it.