Eli Ashpence brings us her brand of wisdom. You can find Eli at her blog. Her book Genocide to Genesis is available on Smashwords: Eighty years after World War Three, the immortal Val is one of the few who lives long enough to see the modern world of science crumble into a medieval world of magic. Thank you for sharing your lessons with us, Eli. 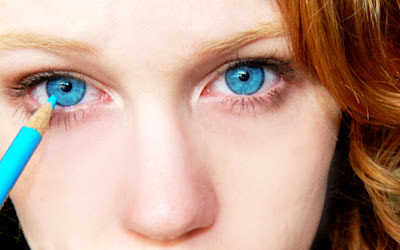 When I really get down to it, there's only four lessons I'd like to impart to other people.  Yes, only four our of the four dozen.
1.  You are your own worst enemy.
This was the hardest lesson for me.  No matter how much I was told I had talent, I simply couldn't believe it.  I had a little too much humility.  Dreaming came easy, but no one ever taught me how to chase my dreams.  In high school, when everyone was deciding their career paths, 'author' wasn't an option.  It wasn't realistic.  It wasn't done.
Once I learned how to get out of my own way, things became incredibly clear.  Suddenly, I knew what I wanted out of my life.  I had a goal and a passion.  I finally understood what everyone meant when they said, "Do what you love."
I might not be a best-selling author yet....
Yet.
Oh, how wonderful that word can be!  I might have to keep my day job and my family might drive me to distraction, but I'm a writer.  I learned to accept it.
2.  Heart.... and Meaning
In the beginning, it was easy for me to write drivel.  Hundreds, even thousands, of scenes came to mind so easily, equaling millions of words.   I didn't care what message I was sending.  I was satisfied simply by shipping characters and settings.
It's a few years down the line and I'm running out of drivel.  Writing has become work and, although it's still enjoyable, it takes more energy.  More importantly, I've been lucky enough to gather fans... impressionable fans.... fans that take every word to heart.
What do I want to say?  As I transition from hobby writing to professional sell-your-words writing, this weighs on me even more.  When I consider how much my readership could potentially grow with one viral novel, I have to think of the potential impact I could cause.
"If I could change anything in the world, I'd change..."
This is exactly why they say the pen is mightier than the sword.   (Too cliche?)
Then how about this:  I'm not saying every story has to have a point other than enjoyment.  I AM saying that all good stories have readers that look beneath the surface of the story, so we should keep it real.
3.  Body... and Time
Writing takes a toll on the body.  For me, it happened quickly as I tried to make up for lost time with enthusiasm.  Now, I could be moaning and crying and making a big deal about writing stories with a hunt and peck style of typing.  I could talk about the dangers of carpal tunnel and curse the heavens.
I won't.
What I will say is, "I've learned to spend my time more wisely."  We all write, hoping to hit upon that one masterpiece that will let our star rise in the industry.  We want to be heard and seen, known and loved.
For many, this is like creating a series of lottery tickets and hoping one will strike the right numbers (or notes).  However, when I think of all I've written to date, and all the stories I've trunked, and all the hours I've put into my craft, I have to wonder what would have happened if I'd put all that energy into a single worthwhile novel.  Why, I'd have a series of fifty books!
More to the point, we as human beings only have a short time on this planet.  We all hope to spend fifty, eighty, even a hundred years honing our craft.  Unfortunately, we could also get hit by a car, fall into a sinkhole, or freeze in a freak snowstorm.  Hell, we might even die of old age, but that doesn't change the lesson I've learned.
We have a limited amount of life, so aim to write something eternal.
4.  Opinions aren't Edicts
Writers often trade opinions on writing and we wrap ourselves in a knot, saying, "This is right, that is wrong.  Only break the rules after you've followed them."
Bah, humbug.
Readers often become critics and critics are quick to point out flaws.
Feh.
Your friends laugh, your family looks the other way, and your dog doesn't respect you.
Hmph.
EVERYONE has an opinion, but all the talk and all the self-important prattle will only teach you one thing.  And, no, it's not that only your opinion matters, because even you can be wrong.
Lesson four:  If your words have soul, nothing else matters.
Posted by Michelle 4 Laughs at 3:02 PM