Getting the Call: Rhiann Wynn-Nolet

Wake up, writers. February may be dreary, but I have a solution--a dash of inspiration. Sometimes the rejections pile up and the going gets hard. Everyone needs a reminder to stay strong because you really never know what's around the corner. So look out, Cupid, Rhiann Wynn-Nolet is here to share her agent connection. (See what I did there? Not a love connection, but the next best thing.) 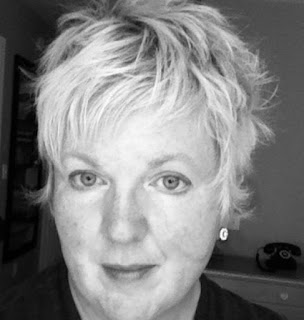 I believe Michelle and I met during GUTGAA. Wonderful writer-friend that she is, she was one of the first to congratulate me when I announced my agent news
.
If you enjoy stories where the heroine goes from unknown domestic servant to royalty, overnight, thanks to a sparkly shoe – stop here. This is NOT one of those stories.

When I lost my job in 2008, it took months just to process that the economic downturn had not only caught up with me, but had run me over and left tread marks on my backside. Around the same time, my older daughter fell victim to the TWILIGHT phenomenon. To see what all the fuss was about, I read the books too. No offense to Stephenie Meyer, but my conclusion was “Hey, I could do something like that.” I took an online writing course. A year later I was ready to roll.

By summer of 2010 MOONWORT was done, and I’d discovered a passion for writing. My husband read it (several times), coworkers of his read it. I knew nothing about CPs, betas or the online writing community. The first batch of queries went out and I got a few requests. I thought, “Wow, this isn’t that hard after all!” Rejections arrived. More queries, more requests, more passes, and a couple of things that I now realize were R and Rs. At the time I wasn’t sure what to make of them. What an idiot.

Eventually I got a phone call from an agent who was a BIG name. I was FREAKED OUT. She said she loved it, and it was going to be a huge success, but suggested I hire a professional freelance editor. Two months later I had an editorial letter and a few line edits sprinkled throughout. Some suggested making my love scenes less “bodice ripper” in tone. Blush.

I revised, retitled (UNQUIET SOULS), had more chats with Agent X and her assistant. Somehow the ms was never quite “there”. A mysterious third person began to get cc’d on our emails. The phone calls stopped. Eventually I got an email.  Agent X was sorry, but this wasn’t going to work after all. It felt like someone had pushed me out the door of the speeding limo, just as we were about to reach The Authors’ Promised Land. I wondered if UNQUIET SOULS would appear in bookstores, with a different title.
I googled her a few months later. She’d left agenting to work in non-profit fund-raising. Ultimately, her interest helped me believe in myself as a writer. I wrote my second book, a YA Contemporary, and sent out a handful of queries in 2011. They were ignored. My belief faltered.

But I had one more idea left. I love old cemeteries, so I began a story about a girl who loved them too.  Eight months later I had a book called DAMSEL. It had turned into a Rapunzel retelling of sorts, with a family curse, incest, and a love triangle involving two brothers, one living and one dead.

I sent out some queries in July 2012. Nada. Nothing. Zip. Those were dark days…

To take my mind off my empty inbox, I decided to tackle social media platforms.  That led to blogging, Twitter, and writers’ forums. I met people, who became my CPs and betas. Whoa. They helped make my book way better! I got help with my query too.

Throughout Fall 2012 I entered contests and got some requests. I categorized agents into three tiers, then sent out the new and improved query to the third choice agents, and got more requests. I hoped a couple of them might give me feedback on my ms - now renamed TENDRIL. No such luck. I queried some second tier agents and also got more contest requests, including some for my neglected middle book. Then in mid-November, an agent who had a full emailed. She wanted to talk.

Turned out she likes graveyards too. She suggested minor revisions and said that if those were done, she’d offer representation. I was thrilled, BUT…she wasn’t one of my top-pick agents.

A week or so later, an emailed offer from a different agent arrived. I was thrilled, BUT…again, she was from that third tier group.

I went for broke and queried a BUNCH of first and second tier agents. A week later I nudged them, to say I’d had an offer and a verbal intent to offer following minor revision. Over a dozen agents requested fulls and asked for a drop dead date. The holidays were just around the corner.

One of the queries was to an agent at Janklow & Nesbit. Stefanie Lieberman of J&N responded, saying the original agent passed the query to her, since their tastes are similar and the first agent’s YA list was overly full. Stefanie thought my pitch was “brilliant” and my writing sample “lovely and lyrical”. Would I like her to read the ms?  Um, hell yeah. She said she’d turn it around over the weekend (it was a Thursday).  I took a look at their client list. WOW.

On Monday she emailed. We talked on Tuesday. She explained that she’s the Senior Counsel at J&N, but everyone there reads slush and subs. As the contract lawyer, she’s been part of deals before, and now she wants a small “jewel box” of her own authors. She offered representation. I had to ask her to repeat herself because I simply could not believe it.

Later that week, another of my first tier agents offered. Being in the position every writer dreams of… honestly, it was both wonderful and terrible. I really liked them both and thought either would do a great job as an agent. There were endless emails and g-chats with my CPs, bless them.

Ultimately, I went with Stefanie. I’ve now done one round of edits and will probably do another before TENDRIL goes out on sub. She’s asked me to draft a synopsis for a TENDRIL sequel. Just in case.
Here’s my advice: enter contests AND do old-fashioned querying. Above all, keep writing – just in case the first, second, or even third book doesn’t get you an agent, but the next one does.

One of my CPs and I started a weekly blog hop called Thursday’s Children (we writers have SO far to go on the road to publication, and trudging is more fun in good company). The theme is “what inspires your writing” and it’s open to all writers. Participate just once, or every week, or whatever you like.

Email ThisBlogThis!Share to TwitterShare to FacebookShare to Pinterest
Labels: agents, Getting the Call, inspiration, traveling poster