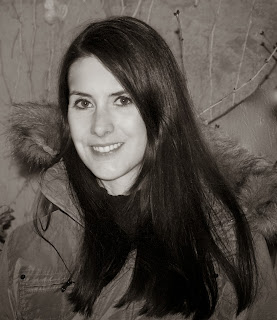 My first true love was fantasy fiction, and I fell for it at an early age. Both my parents were (and are) big readers, but my dad especially influenced my love of the genre. He read to me every night when I was young, but by the time I’d reached the second grade, he’d gotten sick of kid books and decided it was time to expand my mind with bigger and better stuff. I’d get about a chapter a night (although I always begged for more), and he began with Watership Down (talking bunnies is fantasy, right?), but then quickly moved on to The Hobbit and The Lord of the Rings, followed by a swath of David Eddings (The Belgariad,  The Mallorean, and The Elenium). A few things came from my nightly listening: an appreciation for Gollum impressions, the (secret) desire to become a pickpocket, and a massive crush on Sparhawk. But what really stuck with me was my fascination with the idea of alternate worlds, and how within them, there were no limitations.

That fascination never really left me; and fast-forward a couple decades later to when I started writing novels, it was that sort of fantasy where I finally found my footing. Which brings us, I suppose, to my novel STOLEN SONGBIRD, which will be coming out into the world April 1. 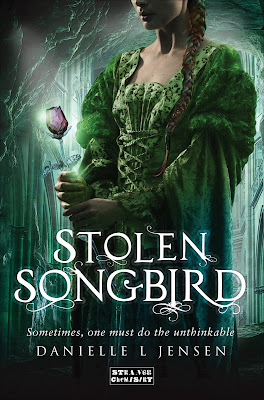 So this book I wrote, what genre is it?

When I was looking for an agent, I described it rather generally as “fantasy, with a romantic element.” I was reluctant to be more specific, because truthfully, I wasn’t exactly certain how to classify my novel. It takes place in an alternate world, which according to the ever-reliable source, Wikipedia, makes it High Fantasy. But calling it that felt a bit too grand. Epic Fantasy? That’s certainly how most people choose to classify it, but it has never felt quite right to me either, given that the cast isn’t that large and there is no quest or lengthy journey. So where does Stolen Songbird fit?  Maybe it doesn’t fit perfectly into any category, but that’s okay. One of the best things about writing for the YA market is that, just like fantasy, there are no limitations.

Danielle was born and raised in Calgary, Canada. At the insistence of the left side of her brain, she graduated in 2003 from the University of Calgary with a bachelor’s degree in finance. But the right side of her brain has ever been mutinous; and in 2010, it sent her back to school to complete an entirely impractical English literature degree at Mount Royal University and to pursue publication. Much to her satisfaction, the right side shows no sign of relinquishing its domination.