Getting the Call: Amy Pine

It's always wonderful to share the story of someone who has gotten a book deal, agent, or self-published. But it's even better when you had a small influence in helping that person. Please welcome Amy Pine, Sun versus Snow mentor, to tell her story. 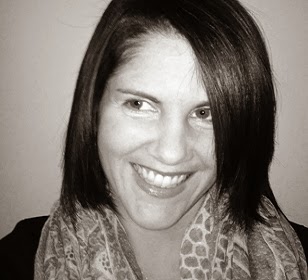 Hi Michelle! And since Query Kombat gets a mention here, I’m throwing out a virtual wave to SC and Mike too. Hi guys!

While this is the story of how I got my publishing deal with Entangled’s Embrace line, it’s also a story about the possibilities offered by writing contests and the wonderfully inviting online writing community.

So, back in May, I entered my first new adult manuscript, IF ONLY, in Query Kombat. My QK name was O Captain My Captain. I know—is she referencing Whitman or Dead Poets Society? Hint: it’s in the book.

If you are a querying writer, then you know. You KNOW. Writing the query is rough. Sending out queries to agents or pubs is terrifying but also exhilarating. Entering your query and first 250 words in an online query contest where you put your pitch out there for others to read and critique? ALL OF THE FEARS. At least, that’s what it was like for me. I had never done a writing contest before, but when Michelle tweeted about Query Kombat, I decided I had to start somewhere. Plus, the contest was accepting new adult entries, and I just happened to have a completed new adult manuscript. A lot of writers entered the inaugural Query Kombat, and there were more entries than there were spots to fill. I was very fortunate to get chosen for one of those spots. I made it in to round one of the contest but lost to my opponent by one vote. It was a fabulous round, really intense, both of us tied for much of it. Throughout all of this, I connected with other Kombatants in the comment fields and on Twitter. Everyone cheered each other on, even those in brackets against each other (me and my opponent included). And even though I didn’t make it through to the next round, I met so many new writer friends and had wonderful notes on my pitch from many of the participants and the judges. I printed out all of the comments and used them to rework my query.

And then I entered another contest.

NA Alley, a great blog for all things new adult, held a pitch contest in June with editors Karen Grove and Nicole Steinhaus of Entangled’s new adult imprint, Embrace. The catch? They didn’t want a whole query. My pitch could only be THREE sentences. So that new pitch I polished using the QK comments—I had to shrink it down to three sentences. With the help of my critique partners, I did. My three paragraph query turned into this:


It’s been two years since twenty-year-old Jordan was in love—which means it’s been forever since she, well, you know. But now she’s off to spend her junior year in Aberdeen, Scotland, the perfect place to trade in her reissued V-card. Sexy, sweet Griffin may be her perfect, no-strings-attached match, yet Noah, the boy with impossible blue eyes, a knack for quoting her favorite movies…and a girlfriend, makes her reconsider what love means and how far she’s willing to go for the right guy.

Two weeks after posting my pitch, NA Alley announced the contest results. Entangled requested my full manuscript, and I submitted to Karen and Nicole on June 25. Entangled is great because they tell you upon submission that you will hear back within thirty days, and I did! Four weeks after my submission, I got an email from Nicole asking if they could have it for a few more weeks. Of course I said yes. Exactly three weeks later, I got an email from Karen Grove asking if we could talk on the phone. Again, YES. We set a call up for a couple days later. I was super nervous on the phone, but Karen was so nice. What’s more, she loved my book and wanted to publish it.

This pitch for this book that I was so scared to put out there, especially in an online contest setting, found a really great home. Now I’m in the middle of edits and hoping to stay on track for a February or March release!

Query Kombat gave this manuscript its start, so thanks Michelle, Mike, and SC for giving me that initial opportunity. Thanks also to freelance editor Taryn Albright for her excellent Reader Report and my wonderful CPs/betas (Jen, Natalie, Megan, Amy, Lucas) who helped me edit the manuscript and pitch and who are still seeing me through revisions as I get closer to publishing.

I guess I’m a pretty good advocate for writing contests. They’ve worked really well for me. If you are considering an upcoming contest (maybe Sun vs. Snow), know that so much good can come from participating, no matter what the outcome. By the way, guys, this all happened before getting an agent. There are so many different roads to publishing, and with IF ONLY, the contest route took me to a really great destination. 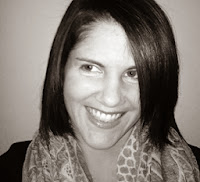 Amy (AJ) Pine writes stories to break readers’ hearts, but don’t worry—she’ll mend those hearts with a happily ever after…maybe. The first book she wrote was YA, but now she’s two-timing her first love with NA. Her debut new adult contemporary romance, IF ONLY, releases with Entangled Embrace in 2014. She's repped by Courtney Miller-Callihan with SJGA. You can find Amy on twitter: @AJ_Pine, Facebook, and at ajpine.com.
Posted by Michelle 4 Laughs at 6:00 AM