Getting the Call: Lisa Sills

Ready for more proof that contests can aid in your agent search? I'm super excited to bring you another success story straight from Query Kombat. You can find Lisa's entry, Sillius, here. 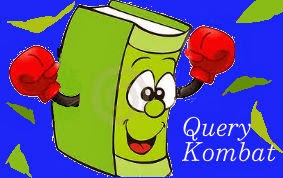 To start this story, we’re first going to go back to eleven years and half my life ago. I was a precocious kid and I’d always loved reading, so I decided I was going to write a book. And I did. It was called The Sills and the Mystery of the Museum.

Some back info: I’m a quadruplet so I have three brothers the same age as me. Anyway, myself and my brothers were the stars of this novel—particularly one of them, who I liked a bit more at the time. He was a conflicted anti-hero, and I was the star who saved the day. We were super geniuses and we built a laboratory under our little brother’s room that no one knew about. Yeah. I know.

For those of you curious, here’s a photo of me and my brothers: 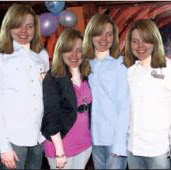 So anyway, I wrote that book—all 27,000 words of it—and I decided I was going to get it published, but this was eleven years ago and I didn’t have the internet and no one I knew wrote, so my query letter—direct to publishing houses—said: “It’d be cool if you published this before my twelfth birthday.” Did I mention it was handwritten in two copy-books because I didn’t have a computer?

That was the first of the many query letters I sent in my teen years—all for terrible, awful novels written by a precocious 12-15-year-old who had no idea what she was doing.
Tens of rejections followed, and I grew up and got sense and took a break from querying because with age came the yawning realisation that my books were a bit rubbish. They had potential and they were all ‘good for my age’, but good for my age wouldn’t get me published.

Around about age seventeen, I discovered literary agents and I decided I wanted one. Since then I’ve written a bunch of books, each of which was a step closer. Rejections became partials, partials became fulls, and fulls became…rejections. Nearly wasn’t close enough.

In the summer before I turned twenty-one, I had this weird idea for a novel about a kid called Nick who combats his troubled past by fighting crime in full-on superhero gear. This was going to be a novel about growing up and moving on and forgiving your past and your demons in small-town Ireland: a Contemporary YA that was weird and strange, dark but ultimately hopeful. I spent two weeks writing Citizens of Optimism—I think I wrote about 6,000 words of it on my 21st birthday, because that’s just how cool I am.

The story from there is pretty self-explanatory. I sent it to CPs and Betas. Early criticism was harsh, but completely true. At one point, I restructured the whole thing. Fast forward maybe seven months and six drafts to this May and it was as finished as I could think to make it. So came the submission process. We’re all familiar with the submission process, so I’ll jump straight to the hard facts:

Queries drafted: 9.
Contests entered: 1. QueryKombat. I was knocked out early on, but the various comments/opinions really helped to make the query stronger.
Queries sent: 14.
Full requests: 5.
Offers: 2.
Agents: 1. Laura Zats, of Red Sofa Literary. I’m not one for indulging in superlatives, so instead I’ll say you know when you sometimes just get a feeling about someone and you think, “this could work?” That was how I knew. 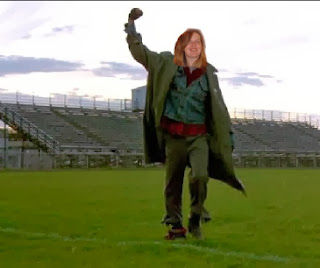 So now here I am, with an agent, and a novel, and another novel in-the-works that I’m really, truly hopeful about. I am my own worst critic, and I opened Citizens of Optimism for the first time since May a couple of days ago, and I had this unrelenting want to cut it all up and make it better.

I’ve grown a lot as a writer in the last year—in fact, I’d say my 21st year was the year I learned to write, and now I have this uncertain future and this uncertain novel , and I guess it’s time to see what happens next?

If you’d like to know a little more about me, you can find my blog here, or read my drivel about film-making, writing, and whatever pops into my head on my twitter.
Posted by Michelle 4 Laughs at 6:00 AM