Inside Scoop on Submissions from Skylar Dorset

Please give a warm welcome to Skylar Dorset whose book THE GIRL WHO NEVER WAS will be released from Sourcebooks in June 2014. Skylar is going to give us a look inside the world of submission! 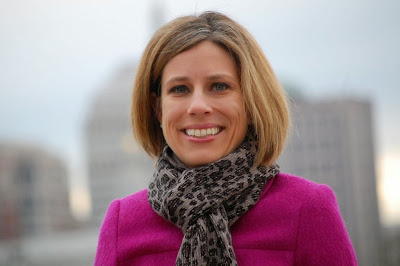 So you finish writing a book, and you feel like a million bucks.

And then you have to get an agent.

But then you get an agent, and you feel like a million bucks.

And then the book goes out on submission.

When I was out on submission, though, I found it really frustrating. I’m one of those Type A personalities. I want to get things perfect. I’m so eager to fix things. When you’re trying to get an agent, there’s so much information out there: so many lists on what your query should say, so much advice from the agents themselves, so many people willing to help give you a polish. The obsessive part of me was happy to gobble up everything I could, to arm myself as well as I could.

I found submission to be the opposite of this. Editors would pass on your book, and frequently the only feedback given was vague. Sort of “This isn’t for me,” or “Not the right time right now,” or “I just didn’t connect, but good luck!” Everyone was very nice, but I felt so powerless. I wanted to make them love my book, and it was so hard to know how to do that.

If you’re out on submission, I think the key is to prepare yourself for that, to brace yourself. To a high degree, things are out of your hands. You have to trust your book—and, by extension, yourself—and that can be a hard thing to do sometimes.

I was out on submission for several months before I finally got some solid feedback. During that time, I distracted myself by working on something new. I figured there wasn’t much I could do about the book that was already done and out there, so I turned my attention to new projects. And I kind of enjoyed just fiddling around with them. Having one book out on submission seemed to free me from pressure when it came to the next manuscript, seemed to give me permission to let the new project wander around a bit before finding a focus.

And then, once I did get feedback, I considered it seriously. Part of my feedback was to request a bit more fleshing-out of my main character’s family, and I thought, to do that correctly, I would have to re-write quite a bit, including altering the book’s climax some. My agent said it was my decision, but, after mulling it over, I realized that the suggestions would make my book a better book. I incorporated the ones that made sense. Although I admit it took me several more weeks to get them done. And then, once I made those changes, it wasn’t very long at all before I sold the book. The changes, I think, really helped.

It’s all hard, but at the end of the day you might get a book out of the whole thing, and that makes it worth it.

Skylar Dorset likes sunny days, snowy days, cups of tea that have reached the perfect temperature, books that make her laugh, characters she wants to be friends with, Skype, baseball, puppies, lots of British television, lilacs, eggs Benedict, the sound of a clock chiming, her family and friends, and writing. After growing up in Rhode Island, Skylar went to Boston College and then Harvard Law School and wrote her first novel, THE GIRL WHO NEVER WAS, mainly on the subway. (It breaks down a lot.)