One of the most important tasks of a critique partner is to find and expose plot holes. That’s because, many times, a plot hole is invisible to the author. They fly right under the author’s radar and without the talent of their critique partners would escape to puzzle the general public.

I have to admit that blowing plot holes out of the water is near and dear to my heart whenever I critique. It makes me feel like a detective solving a crime. Often, it gives me that a-ha/gotcha moment. And catching misplaced commas, typos, or too many tags when you critique makes the writing better, but if you don’t catch plot holes the whole storyline can fail.

So what is a plot hole?

Simply put, a plot hole is something in a story that doesn’t add up. It’s an inconsistency. A ‘what the heck’ moment for the reader. But wait, that’s a pretty broad definition. Can’t you do better than that? How do I spot a plot hole? 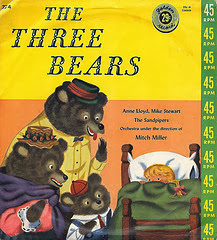 I like to compare plot holes to Goldilocks’ three bears because they come in three shapes and sizes. There are baby plot holes, mommy plot holes, and daddy plot holes. Where you categorize them depends on the amount of work it takes to fix the holes.

These are the plot holes that are the easiest to fix and the least harmful. A snip and a slap to a few sentences and they are gone. They're also the easiest to spot because they usually deal with a detail or fact of the manuscript. Some examples: 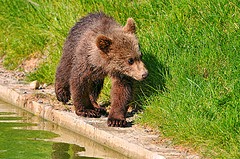 In the opening chapter the main character might have a cat named Clair. Two chapters later the cat is suddenly named Claire or even worse, Snowball. That’s a baby bear plot hole.

It’s nighttime but suddenly the character is standing in the sunlight.

Your main character has baby brown eyes in chapter one and sly green eyes in the final scene of the book.

It’s spring, but a summer flower is blooming in the garden.

The list of baby bear plot holes could go on and on, but you get the idea. Easily fixed and easily found for critique partners who are paying attention.

Mommy bear plot holes are just a tiny bit bigger and more harmful. They are the type of holes that ruin whole scenes or sometimes several chapters. Usually these plot holes mean a problem with a character’s reaction to something. A character isn’t behaving in the way they should. They aren’t acting in a fashion that is consistent or believable. They are off the scale of normal human reaction.

These types of plot holes are very common and the problem is the author completely fails to recognize them. AND THEY HAPPEN TO EVERYONE. Sometimes you only need to tweak a character’s reaction to fix the problem, but sometimes it means a total rewrite.

An example of an unnatural reaction from my own writing:

In a scene my main character is lying atop another character in the grass where they've collapsed. She’s been unconscious after being rescued from a traumatic scene and has just woken up. She wants to know what’s happened, demanding answers from her fellow character. A page later she notices she’s naked and freaks out at being seen that way. Thanks to my critique partners I now know I waited much too long to let her discover she was naked. A normal human wouldn’t ask dozens of questions and then feel a breeze over her bottom. It needed to be done sooner.

Another example of an unnatural reaction:

Your main character has just learned that zombies are real and attacking the nearby town. She naturally freaks out and is very concerned. Then change scene to the next chapter and the same character is now focused ENTIRELY on the correct clothing to wear to look nice for her hero. ALL thoughts of zombies are gone. Her motivation has totally changed from ‘save me’ to ‘kiss me.’ Usually that sort of change is not going to work unless the character is in shock, then you might pass it off by making it show that she is in compensating for her fear.

An example of inconsistency from a character:

A little exaggerated, but consider a character that reacts to any problem violently. If anyone crosses them or takes their control, that character starts swinging, either with words or fists. Suddenly that character encounters a mentor figure and immediately is all ears for their wisdom. They don’t give any lip, they don’t even act hostile. Then I say, Houston, we have a problem.

Your main character likes to spout words of wisdom her Jewish grandmother used to say to her. Suddenly instead of doing that, she’s got an Irish brogue. I call this a Mommy Bear plot hole instead of a Baby Bear because it’s going to take a little more fixing.

Obviously these are problems that cover a large section of the manuscript and will take major surgery to fix. These usually involve the plot. It’s also a little harder to find examples of these, so bear (ha!) with me. 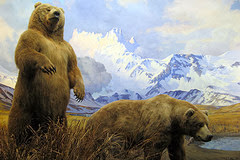 Imagine if you will, that the dragon in Shrek shows up to save the day and eat the bad guy, Farquaad at the end, BUT you had no idea that dragons existed in this world. There were NO scenes earlier in the movie to show watchers (or readers) that dragons were involved in the story. In other words, the dragon appeared out of thin air, like a rabbit out of a hat. That is an example of a Daddy Bear Plot Hole.

If a solution or character suddenly appears to save the day, but there was no record of them in the rest of the story, you’ve made a Daddy Bear Plot Hole that will take considerable fixing.

Your main character starts off the story motivated to achieve a goal, like a cure for a disease she's suffering. She reaches the end of the story and there's no mention of that goal any longer. It's COMPLETELY flown off her radar. I don't mean she's switched that goal for a new one (which often happens), I mean it's gone, forgotten as if it never existed. POOF. That's a Daddy Bear plot  hole.


There you have the three levels of plot holes, the small, the medium, and the ugly disaster. Like pests, they can be found and eradicated if you know what to look for.

To prove they happen to everyone, please confess your own. What’s the most embarrassing plot hole you ever created or had pointed out to you by another’s critiquing skills?
Posted by Michelle 4 Laughs at 6:00 AM