Getting the Call with Heather Van Fleet

For everyone suffering through the doubt and disappointment of not making an internet contest, hold your chin up. Keep pushing on. Hold the faith. Here's some words of wisdom for you from Heather. 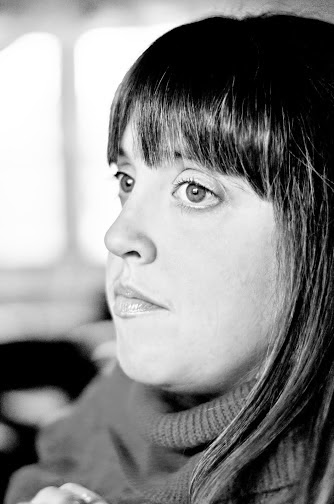 Three years ago, if someone would've told me I'd be writing this blog post, then I probably would've laughed in their faces before calling them insane. I mean, seriously. I was Heather: The two-spaces-after-a-period, girl. The girl who didn't believe in the power of awesome dialogue. The girl who head hopped and wrote in first person present tense, with two points of view that sounded IDENTICAL to one another. *GASP* I know. I. Know.

But now, here I sit at my kitchen table, typing this blog through my happy tears, wanting nothing more than to hug my past self. And this is exactly what'd I'd say, too...

You'll get better, just keep writing. Don't stop, no matter the icky hand you're dealt. No matter if you've encountered three failed publishing houses (one in which stole all your royalties from your debut book.) Your skin will thicken over time, and those bad reviews are just opinions. People WILL buy your books. People WILL fan girl over Jack and Mason and David. Those three nights a week Starbucks trips and the 25 extra pounds you've put on? It'll all be worth it in the end, too, so quit your crying. Quit thinking you've failed because your first book didn't draw the agent love like you'd hoped. Quit saying you're going to give up because the fifty million Twitter contests you entered never went in your favor. And lastly, that idea in your head? The one about the single daddy and the half-Filipino girl? Put it aside, finish it later. Because THAT will be your book.

Through all of my crazy ups and downs, my heartbreak and tears, too, I am ridiculously ecstatic to announce that I. Have. An agent. A fabulous agent at that.

The agent that I accepted the offer from was actually not my first offer. In fact, my first offer was sent to me on September 22nd by a very nice agent with whom I'd submitted to over the summer. I was super happy with her. She said all the right things on the phone, was extremely professional and made me feel like I'd be a very welcome part of their literary home. I was set to say yes, had emailed a lot of other authors repped by her, too. All of which had very positive things to say. But I knew I had quite a few queries out still, (even a couple of fulls) so I did what was right: told her I'd like two weeks to think it over. That way I could contact the other agents first to be courteous.

So imagine my surprise when I sent off those emails and immediately had some responses. A few were very nice step asides, and then there were four of them that said they would definitely like to read the full and would get back to me by my date. I nodded to myself, and said 'Hey, that's cool."  But I was honestly thinking I had my mind made up already.

But then it happened. A week and a half later I received an email from an agent...one of my DREAM agents, mind you. I'd been following her for months now on Twitter, always thinking to myself "Now this lady knows her stuff." I admired her deeply, her work ethics, and her straight forwardness. Heck, as far as amazing goes, she was that, and then some. She'd had my full for a month and a half already, (give or take a few days) so I was ready for the big R. *shivers* Heck, at first I didn't even want to open her email because my four year old had just used black nail polish to decorate her My Little Ponies and the mess. Was. Horrific. But then I said, "Eh, why not add a little more yuck to my day all at once and open it? Get it over with so to speak."

And then I blinked. Fifty times in a row. (well, kinda, sorta...) Because right there in the very email I was sure said thanks, but no thanks, was something entirely different. She said she loved my new adult story, and wanted to see if I'd like to be represented by DLG

Needless to say the fingernail polish was long forgotten because heck, nothing at this point could bring me down. Seriously. Two agents wanted ME? Was I dreaming? I mean, I had to be. But, like all things in publishing, I had to wait until my given due date to email my Y-E-S because I still hadn't heard from the other two agents reading my full.

I figured I 'd be okay waiting, because heck...I'd been waiting for so long as it was. I had a book releasing, too, and blog tours to prepare for. Not to mention a 13 year wedding anniversary to celebrate, and books to review for my blog. I could totally handle this. Totally.

But, hey...reality and thoughts are two entirely different things, lemme tell ya. Heck, if it weren't for some very important writerly friends in my life, I probably would've gone insane during my wait. But I didn't. And I made it. And the day I hit send on that acceptance email to Stacey Donaghy of DLG Literary I knew that wait had definitely been worth it.

Publishing is hard. (Possibly harder than child birth and parenting, but that debate is still being had) But now I can breathe knowing I finally have someone in my corner to support me; that loves my work like I do.

There are four people I need to credit first for giving me the strength to get through this whole process.

1. The amazing Katrina Emmel. My CP. My friend. My confidant. The one person who helped me pretty The Imperfect Try up enough to garner agent attention at all. She's amazing, and one of THE best things that's ever happened to me.

2. Karen Bynum is quite possibly the best cheerleader in the world. She's been with me since the beginning. Heck, she's the one who encouraged me to find an agent in the first place. (Even if she never outright said so.) She's a girl who can make even the darkest days seem sunny.

3. Angela McPherson. One of my first authorly friends. She's IS the best friend a girl can have, even though she lives so terribly far away.

4. Finally, Kathleen Palm. Gah!! I have't known her for too long, but dang it, she's amazing. Always making me laugh through my tears. Always giving me Twitter hugs and sending me happy thoughts. I love this girl. SO much.

Okay, enough with the mush. I'm done crying. I'm, in fact, ready to party!!! (In my sweats, with my adult beverage in hand, of course.)

Young adult and new adult author Heather Van Fleet lives in a small town on the Iowa/Illinois border. She’s a wife to her hubby and high school sweet heart, Chris, as well as a mom to her three little girls, Kelsey, Emma and Bella. When she’s not obsessing over her fictional book characters, cooking dinner, or running around chasing her crazy kiddos, you can usually find her with her head stuck in her Kindle, sucking down White Chocolate Mochas like they're water.